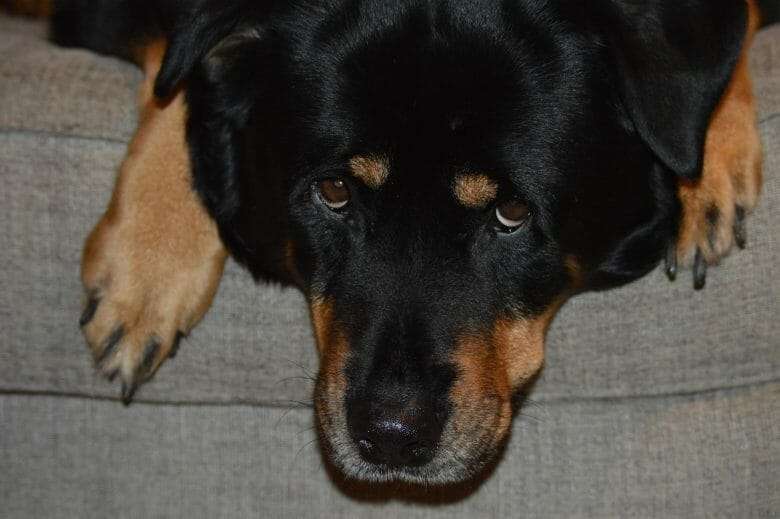 Max had a lot of peculiarities. He would bark at a scrolling TV screen. He would forget that the frisbee we threw was his and would wait for the next one. And he did not like having one of his whiskers that fell off of his face put near him.

Rottweilers have thick and long whiskers on their face. And the first time we found one, we worried that something was wrong. But it was just part of his shedding. I picked it up and held it up to look at it. Because he was a shadow, he came to smell it.

When he got close, he shook his head and backed up. As a response, I put it close to his face again and he did the same thing. And then he would show his teeth.

Only when the toddlers fell on him too many times or when he was very tired would he show his teeth. However, every time we held one of his whiskers and he would smell it, he would get very angry and nervous.

When he died, we began to hunt for a long whisker. We wanted to remember this oddity and to have one of those long, coarse hairs. We found a couple of small ones that had that coarseness. Lots of small ones were near the screen window that he would push when he saw a rabbit or a squirrel.

But we hadn’t found a single long one. Until last night.

As I have been organizing my comics, I have brought some down to watch TV while I “wrap”. And there one was – under the rug.

I cannot express the joy I found when I picked it up. It made me tear up a little but it made me happy.

Brian was busy so I placed it on my gray day planner so that it would stand out. And when Brian emerged from his office, I yelled, “Stop!”

“Nothing. But I found one.”

We have a Ziploc bag of the whiskers and a couple of nails that we found to remember those as well.

It may seem weird. And it probably is.

And it will matter when we go to touch it again on a hard day where again we will miss our boy. 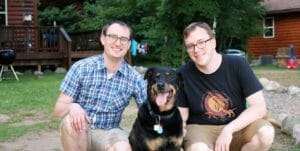