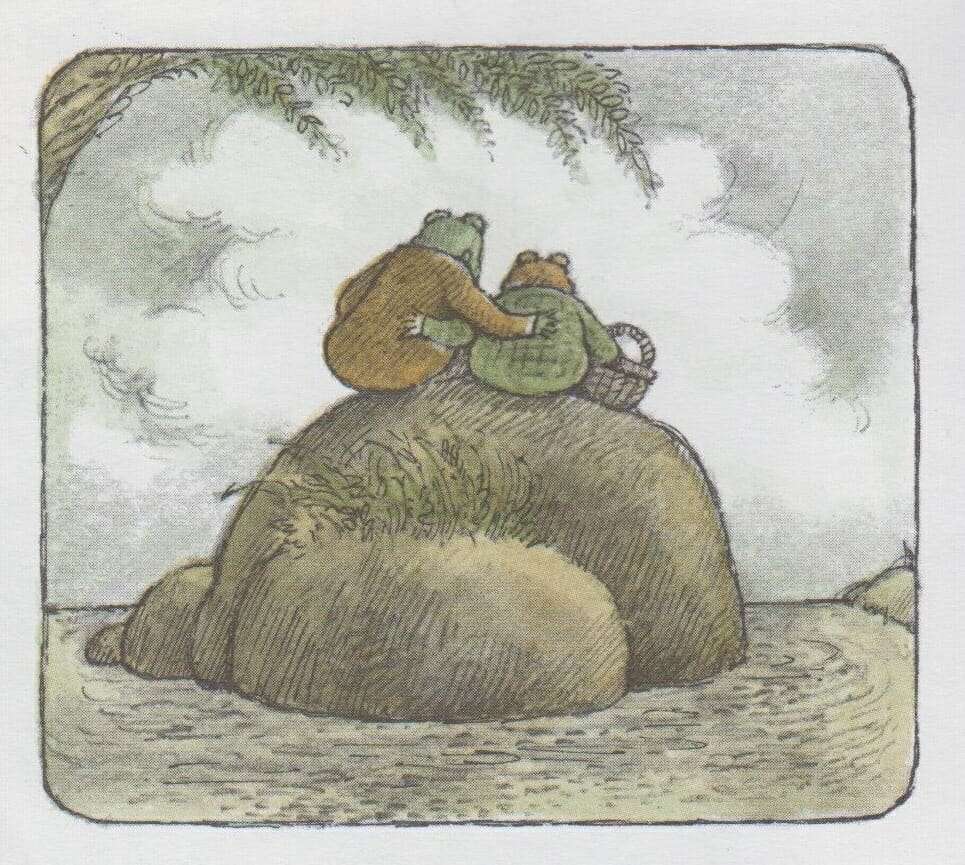 In March, Brian and I went to Palm Beach, Florida for a quick weekend trip where he was going to preach at their Unitarian Universalist Church. We had a lovely hotel with a beachfront room. Although it was chilly and windy, it was nice. But since Palm Beach is down the road from the President’s estate, our hotel included the Brazilian government he was entertaining.

Now, the Brazilians are fascists, so I was mad and never looked these garbage people in the eyes. Little did I know that they also would be the first people I would encounter through the COVID-19 pandemic.

We self-quarantined for fourteen days; I was reported into my workplace as a potential case; and luckily, everything turned out okay. We didn’t get sick. But I don’t think either of us thought that six months later, we would still be suffering through this with no end in sight.

One of our readings at our wedding came from the the Frog and Toad series. In the story Alone, Toad finds a note on Frog’s door stating he wanted to be alone. Toad brings sandwiches and drinks to find his friend to make sure he was okay. Catastrophe occurs and everything seems ruined as Toad reaches Frog. Toad feels terrible because he thinks he ruined it all and he didn’t want Frog to be sad. Frog tells Toad that is in fact happy and he wanted to be alone to glow in that happiness. And in the end, the two friends stayed on the island alone together.

I wanted this story to be read at our wedding because it is our relationship in a nutshell. There are many times I am sad or need to be alone and Brian tries to help me. And through this lockdown, he has done it more times than I can count. But it is very difficult.

We generally will visit our family about once a quarter. Now, we are relegated to Zoom calls. We have already decided Thanksgiving and Christmas will be spent alone together. Just us. And Max.

There are no outside visits when you live over six hours away. We haven’t had a conversation in person with anyone else since March (outside of our elderly neighbors that we check in on). We love each other and that helps a lot but everyone needs another person to talk to. Especially because otherwise, the world just doesn’t want anything good to happen.

You’ve got politics and the Supreme Court. You have the world. You have the virus. You have murderous cops protected by armed mobs and a government with fascists and racists in every direction.

But most of all, you have no outlets. All of the joys in life have been replaced with fear and nervousness. We tried to go for a hike and didn’t even leave the car because of the number of people there and the lack of masks.

I wish I could say it will be get better. But it won’t. The whole point of reading and reflecting on An Almanac of Liberty by Justice Douglas was to show how rarely did America live up to its call of action. The most liberal justice in our history wanted to show how his movement and peers were changing the country.. And they did, but it all came crumbling down as public support didn’t follow and each of them were replaced by a more conservative copy.

That will be what happens to Justice Ginsburg. And it’s depressing as hell.

And Life Rolls on…

So what have I been up to?

And I’m sure there is other stuff too.

When my Grandmother died, I thought that was going to be the dark spot of the year. And it wasn’t. It was just one part of many ongoing disasters. With nothing positive coming in sight.

But I try. I work every day to try to bring a little joy to other people. And I wish others would try the same. A writer I like named Alex Segura tweeted today:

Been thinking about this a lot today: we have to be mindful that there’s no “business as usual” anymore. Everyone is at their max, everything is fraught, and little things cause big ripples. Proceed with a bit more kindness when dealing with others. They probably need it.

I think we all just need to remember that. And listen to Hello Dolly.