Let Me Call You Sweetheart 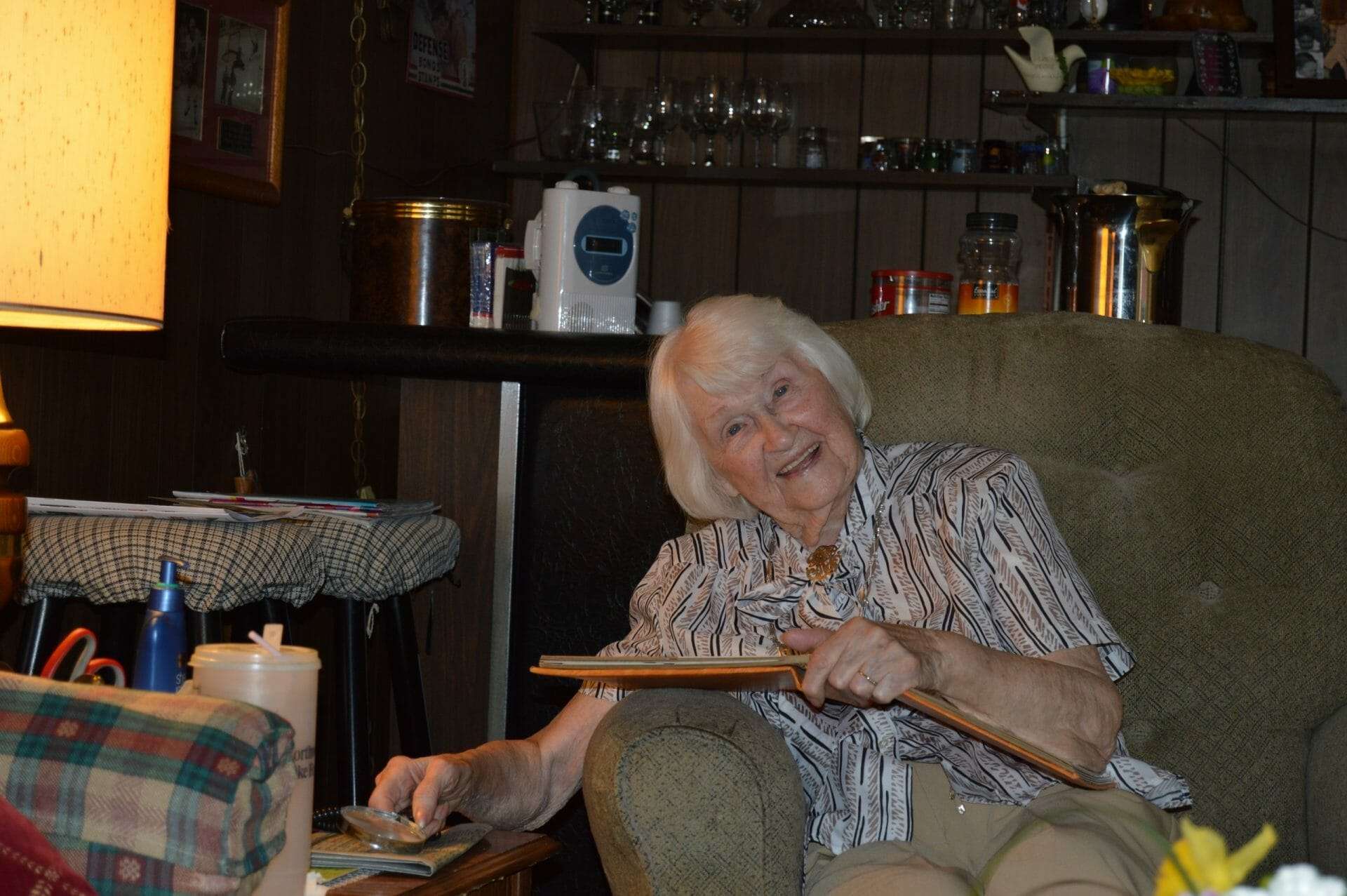 My best friend died last week. Virginia Carrion was my grandmother. I was lucky enough to have great grandparents. They were very caring and supportive. They wanted the best for me and all of my family. But I spent a lot of time with my Gramma Carrion.

Growing up, my family got together on many Sunday afternoons. We would have dinners that would take place during half time of the Bears game and we would play in the background on Dickens. When we couldnt be outside, my cousins, my siblings, and I would play upstairs in our parents’s former bedrooms that got turned into guest rooms full of toys, dolls, and a container of dress up clothes. Stuffed toys would roll the the stairs. Our tiny feet would echo below as we ran through the connecting closet with many screams and laughs. It is where we would look for Santa and Rudolph every Christmas Eve as the presents were delivered under the tree. And since Gramma and Grandpa lived near O’Hare, there were lots of red lights in the sky. I have countless memories as a child in that house and with my family.

But I got to know Gramma as an adult. Once I was done with school, I tried to continue the Sundays with Gramma. Until I moved to Kentucky, there was rarely a Sunday that I was not on Dickens Ave. I would sit on the swing with her and read comic books. She would tell me about her week and the things she heard on C-SPAN. She loved The Daily Show and The Colbert Report, even if I hoped she didn’t get all of the jokes. She loved to hear me tell her about work and what I was doing. And she wanted to know about how everybody she ever interacted with who was in my life was doing. I’m sure it confused Brian at first when I told him that after his church service, we would spend four to five hours with my Gramma. But he quickly learned why I loved this tradition.

In addition, she accompanied my family to the north woods of Wisconsin and you do get to know people when you vacation together. She would tell me stories about her trips to Florida and all of the Air Force reunions they went on with the Watts. I would spend some weekends overnight with her to give her a bit of company, especially if the family had other plans. My brother and I would mow her grass and the three of us would get Chinese buffet afterwards. She once took some green pudding that turned out to be wasabi. Never had I seen anyone’s face so red. But generally, I liked to make her laugh.

She had the sweetest laugh and I will never forget when I would say something utterly ridiculous and she would just wave me off. Although it seems strange to smile about now, I will never forget a Christmas night after we left the Watt’s house and she saw all of these houses lit up for Christmas. She said that she was glad she did not live across the street from them because they were just too bright and she wouldn’t be able to sleep. I looked across the street and it was a cemetery. I said if you lived there, I doubt the lights would bother you. She looked over and hit me on the arm and couldn’t stop laughing.

Since I moved, I have missed and will continue to miss all of the time we spent together. My law school graduation party was at her house. She was the first person I called when I learned I passed the Bar exam. It was at her house where I digitally met my husband. And it was in the many car rides that I learned all about her life and who she was. She would apologize to me as we drove to a party for having to pick up an old lady. I would say, “Who else we getting?” And then would say: I couldn’t imagine a better navigator. We would take the routes Grandpa took. I would put on the 40s or 50s SiriusXM channel. And she would sing and ask why I didn’t know all of the words. Or be pleasantly surprised when I did. But the whole time I just learned what she wanted for all of us.

And it was a simple wish: she wanted us all to be happy and healthy. She was so proud of every member of my family and she felt every friend we introduced her to was part of her family. She was invited to my closest friends’ wedding after she beat them in carnival games. She actually invited Jehovah Witnesses into Dave’s graduation party when they knocked on the door thinking that they were friends of his. Not great timing on their part as a Polish Catholic family isn’t going to convert when there are sandwiches.

It was not easy to be unable to attend the funeral because of COVID-19. It was hard to see the faces of my family as if we were having a marketing meeting or playing Fortnite. But it was not hard to say goodbye because I said goodbye to her every week. And every week, I knew it was never goodbye. Every day of my life has been and will be shaped by who she told me I could be. Her physical presence is gone but nothing else.

I literally wave goodbye to Brian every day when he goes to work or the store or literally any time the garage door opens because she was always in the window. I sing almost every day regardless if I know the words or if I sound that good. I write stories and tell jokes because she told me I was good at it. And we have so many pictures that she took of all of the times that we were all together: laughing, running, eating, awkwardly staring at the camera. I was lucky to have her in my life for 37 years. I will miss her tremendously. But she is always with me.