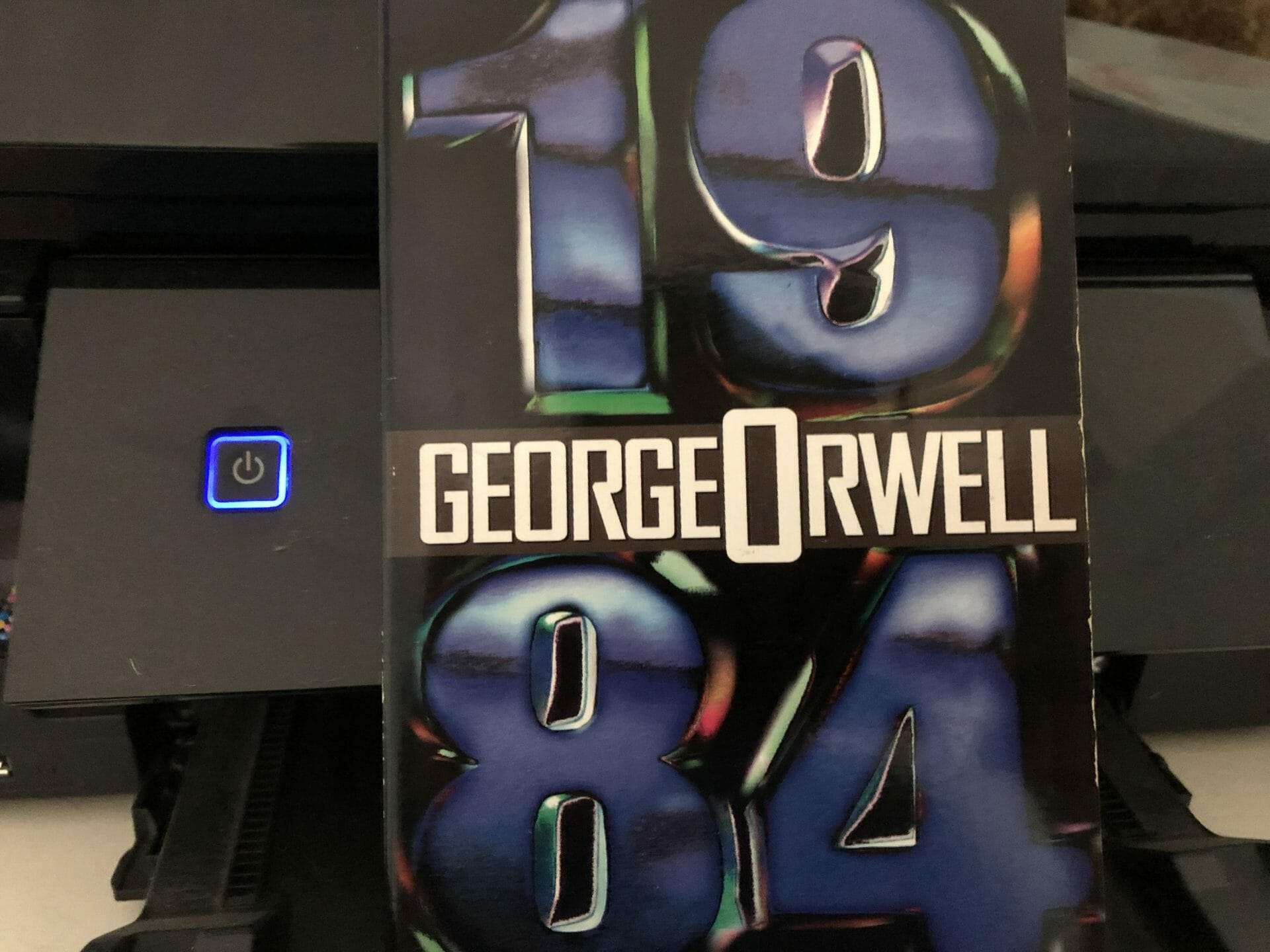 After the 2016 election, I gave George Orwell a shot. I had read 1984 in college for my own enjoyment during the Bush administration to feel like a good liberal. But I did not remember too much about it. But when I tried to read it in early 2017, I could not get past the few chapter. During this time, my brain still resembled mush due to the impact of Facebook and my inability to control myself around my phone. Since I quit that, I have been able to read all kinds of things, so I decided to give 1984 a second chance.

How Can You Tell How Much of It Was Lies?

As I read, I marked down three passages from the book. I won’t do a recap or a CliffNotes about the book because you should or should have read it. In the first chapter, Orwell basically world-builds to let you know what is happening and how Winston Smith fits into that world. His job can be summed up as the guy who corrects the news so that whatever is true today was always true.

History truly is written by the winners. But Winston begins to think about the past and what he remembers versus what he writes. Using a journal he picked up in a local antique-type shop, he reflects on the world:

How could you tell how much of it was lies? It might be true that the average human being was better off now than he had been before the Revolution. The only evidence to the contrary was the mute protest in your own bones, the instinctive feeling that the conditions you lived in were intolerable and that at some other time they must have been different. It struck him that the truly characteristic thing about modern life was not its cruelty and insecurity, but simply its bareness, its dinginess, its listlessness. Life, if you looked about you, bore no resemblance not only to the lies that streamed out of the telescreens, but even to the ideas that the Party was trying to achieve.

I imagine in today’s all-access world this fear remains ever-present. The world that we see on television does not resemble what just feels to occur. Even when the images are of the disgusting facilities/prisons that migrants are currently piled into or a Fourth of July celebration used as a campaign ad, neither seems real. And both numb us to the realities they present.

It becomes incredibly easy to move onto something else or to focus on the smaller world within our fences. Life does seem dingy and listless. Nothing remains calm. But at the same time, everything seems calm.

What We Already Know

In the next chapter, Smith receives the book of the rebels. As he and his love become more integrated into rebelling against Big Brother, they come across fellow travelers. The others who also appear to believe that a better world exists – without the current leadership.

This feeling seems all too familiar. Regardless of political opinions, at this point, everyone wants to belong to their tribe and love watching their ranks grow. But Orwell writes as Smith reads the book, “The best books, he perceived, are those that tell us what we already know.”

Many of us stick to what we like. We do not push our minds to opinions that differ. And we definitely prefer to learn things that we already know. People do not watch Fox News or put on their favorite radio talking head to get challenged. They get told what they already believe and love it. If 1984 shows anything about the human condition and how repressive regimes win, it begins by ensuring that the masses they want know that they are right. Prove to us that our opinions are fact and you will have our support forever. Do not challenge us. And do not ask us to think. Tell us what we need to know and what we need to know stays what we already know.

A World of Fear

1984 creates a world where people cannot do or say things without fear that what they do or say will put them in prison. People constantly fear the state. Imagine living as an immigrant today.

When Winston finds himself in prison, O’Brien told him:

Do you begin to see, then, what kind of world we are creating? It is the exact opposite of the stupid hedonistic Utopias that the old reformers imagined. A world of fear and treachery and torment, a world of trampling and being trampled upon, a world which will grow not less but more merciless as it refines itself. Progress in our world will be progress toward more pain. The old civilizations claimed that they were founded on love and justice. Ours is founded upon hatred.

Look around us. Each day we hear racism coming from the highest office of the land. We have people utilizing social media to lambaste each other. People come to fear those different from them or who they do not know. Citizens fear the police as they use symbols of vigilantism and get away from murdering individuals. What happened to the freedom from fear?

You cannot get arenas of people to stand around chanting love anymore. Doesn’t make good TV. But hidden white supremacist imagery and coded messages get everyone talking. Twitter gets abuzz; friends fight with friends on Facebook. Because that is what they want.

Just like Eastasia and Eurasia each of the political parties have their enemies and target. Instead of working towards a good, each side has determined to win an election, you need the enemy. Unfortunately, they are not wrong. Love and justice do not sell tickets; hatred does. Whether a comic book or a political candidate, fear and loathing win. Orwell got that.