Unbroken Wheels and Game of Thrones 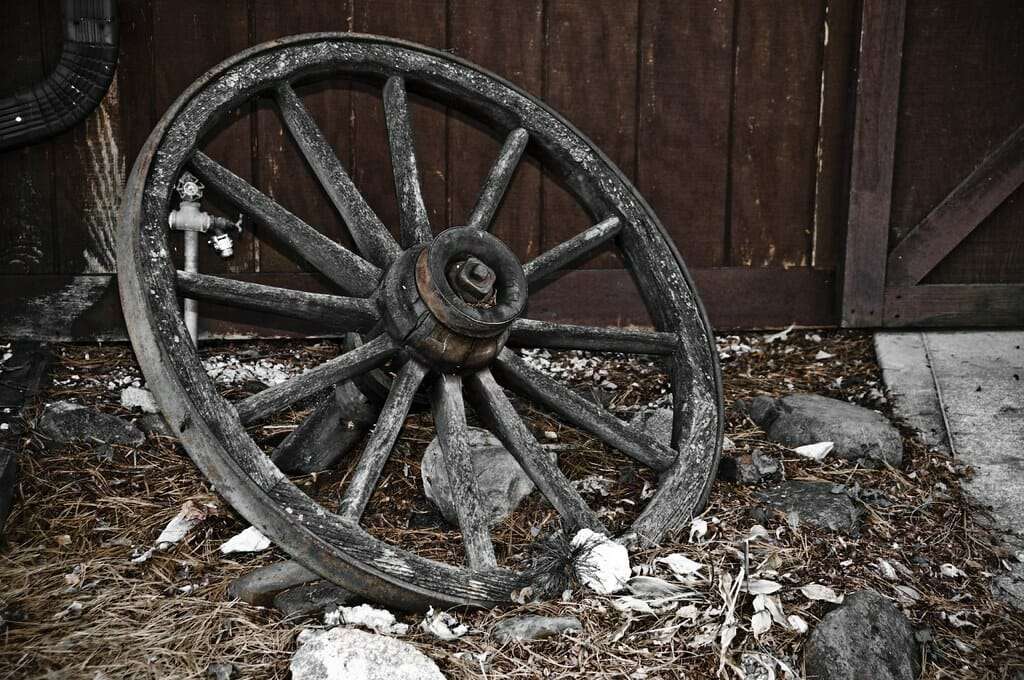 When I met Brian, he really enjoyed the show Game of Thrones. And he wanted to get me to like it. I failed spectacularly. I would ask too many questions. Nothing made any sense. And I did not like the characters that they told me to like. In fact, I compared it to All My Children as we finished the first season DVDs. Now, the series has ended. I watched parts of the beginning and the end. I fell asleep more often than not. And I did not watch the middle of the series that everyone claims to be the best parts. But like a soap, I jumped in and out and it all made sense. Very little happened – but really, so much happened.

That’s what I believe this story is truly about – though so much changes, everything repeats itself.

I’m far more interested in reading the books or watching the series now that it ended. I thought most of the machinations did not matter and it seemed like I was 100% correct. When I watched with Brian, he would point out all of these characters and get excited about story lines. But it was clear who mattered and who did not – Tyrion, Jon, Dany, and the three young Starks. Everyone else acted and eventually did become plot fodder.

An outside fear and ghost story scared the entire world, but regardless of this existential threat, a series of families fought over who must rule the kingdom. Somehow everyone seems shocked that the outside fear and ghost story truly did not end up as scary as everyone thought. The real monsters still existed and the fight for power truly needed to scare the world. This seemed to be the truth from day one. Why would a world set up a wall with a series of randoms to defend against the worst threat to the world? Because that threat never really existed and would exist again. The fear of the outside will always threaten mankind.

And with the end of the series, they cast out a potential new outsider threat – and in reality two. One to the north and now one to the West. Will a rightful heir to a throne return at some point somehow changed by his exile? Will the savior of the world come back with more power and a need to save the world again? These questions began the series and remain. That’s how a universe creating story acts and should act. Round and round go the wheels.

Because I Know What Is Good

The second part of the finale that people need to focus on is Dany’s last words to Jon. The battle between good and evil does not end with a winner. What is good to someone can be and is evil to another. People cheered when she killed slavers and corrupt people. They loved her for murdering rapists and other murderers. But then she did her own version of the Dresden bombing. And people did not like it – both inside and outside of the story.

A character who would do anything to achieve her goal appeared heroic because she fought for what you felt was right. But how does that differ from actions that many other leaders have taken when they take the next logical step? She killed most of the civilian population of the capital city because they became part of another Queen’s power base. Even with surrenders, she had supporters murdered in the streets. Because they did not see her vision of good, which meant their own deaths.

It’s hard to watch a character you may have respected but she did all of this before. She burned dissenters and people who did not bow to her. And yes, she killed lots of bad men. But as we have to ask about capital punishment, should any one person be able to decide to kill another?

Much like How I Met Your Mother ended, people have generally disliked this finale. Similarly, people had specific expectations and did not like how the final season was structured. The business side of television can be a problem to a long-running series. I agree that the last season with Barney and Robin set you up to love a couple that did not make it. But that happens. In GOT, you get the set up that Dany will save Westeros but she does not – at least she does not with herself in charge.

However, the wheels remained. We have a new Kingslayer in Jon who could not be immediately killed by the Queen’s troops because of his own lineage; we have a new king chosen by rebellion in Bran; and we have the return of the north as its own governing body; and a potential world leader sets off into the woods to begin his own community. I truly believe they have set up Jon Snow as a potential new Night’s King with all of the children and bearded men wandering off with him. Strife remains where different factions do not seem completely behind the new ideas or government. Another power struggle will exist.

I was never a huge fan and did not see everything. I really did not care and as Brian would say, I don’t like the show. But the finale made me more interested in the books and show than I ever was before. I’m glad it seemed like a happy ending, but if you look at the onion, it definitely set up the next set of dilemmas in Westeros. And more than anything, it showed that even with all of the wars, battles, and threats, everything returns to what was.

We need to accept that reality. As we watch a fascist government try to diminish the voices of minorities, the rights granted to so many of us, and the power of the press, we need to remember that all of these changes – good or bad – are defined by each of us. And those things can change. Millions of Americans believe it is good to allow businesses to not hire me based on their religion. Millions of Americans believe that a woman’s right to choose allows them to have control of their own destiny.

On the other side, millions of American believe it is evil to not allow me to live my life, marry who I want, and know I can seek equal opportunities in employment and housing. And millions of Americans believe millions of babies have been killed in an evil and systematic approach. The wheels of our history also remain the same.

“What about all the other people,” Jon Snow asks his queen, “Who think they know what’s good?”

“They don’t get a choice,” Dany responds.

Either Sadness or Euphoria The Happy Medium Wading into the Potomac

Sneaking and Being Proud