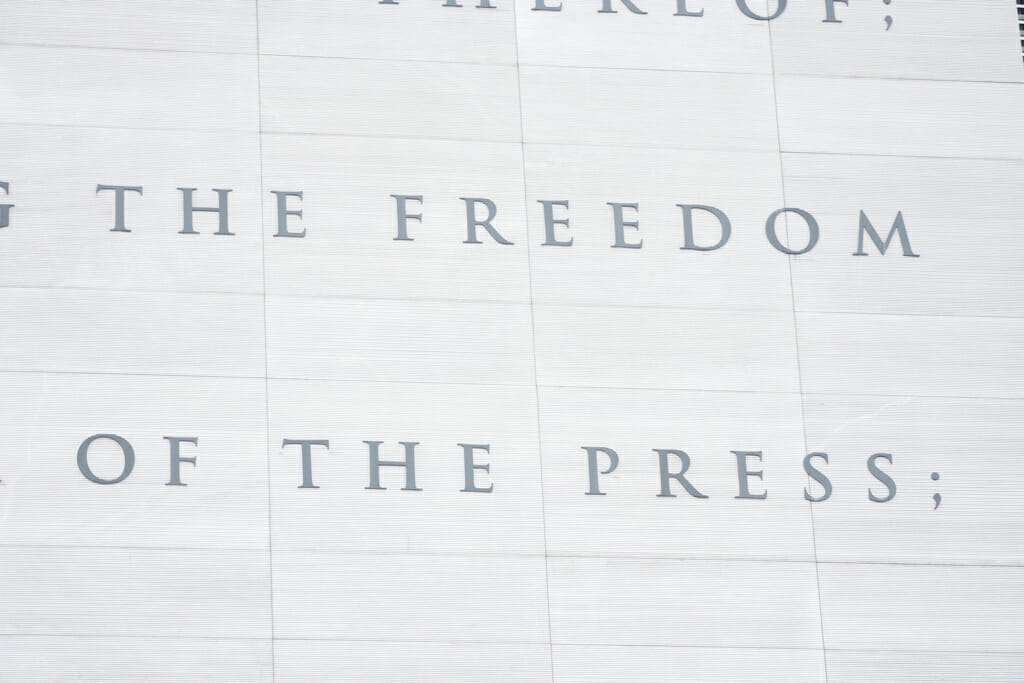 On February 19, 2019, the Supreme Court released a denial of a petition for a writ of certiorari. Katherine McKee filed a defamation suit against Bill Cosby and his attorneys after the released a letter she alleged was defamatory. McKee had publicly accused Cosby of raping her and in response, she alleged his attorneys leaded a letter. The letter allegedly distorted to damage her reputation and to harass and humiliate her.

Her case was dismissed and the Court of Appeals applied New York Times Co. v. Sullivan. They argued that by disclosing her allegations, she became a limited public figure and that public figures cannot recover damages unless they can show actual malice. Actual malice was defined as the knowledge that it was false or with reckless disregard of whether it was false or not.

In response, although he concurred in the denial of cert, Justice Thomas wrote that the precedent should be reexamined in light of the original intent of the Founders.

The officials had several arguments. First, they argued that the Fourteenth Amendment is directed against state action, not individual action. The Court found this inapplicable as state power has been applied through statute. Next, they argued that the First Amendment was inapplicable because the content was an advertisement. The officials pointed to precedent where they upheld a city ordinance forbidding street distribution of commercial and business advertising matter. In that case, the facts showed the message was for only commercial purposes, which this message was not. Instead, the Court found that this language communicated information. They feared that a restriction would limit the newspaper accepting editorial advertisements for certain positions or candidates. However, in either case, the words could not be libelous.

Writing for the majority, Justice Brennan focuses on the public nature of the officials. He focuses on

The maintenance of the opportunity for free political discussion to the end that government may be responsive to the will of the people and that changes may be obtained by lawful means, an opportunity essential to the security of the Republic, is a fundamental principle of our constitutional system.

In the end, the main question remained: whether the advertisement forfeited protection by the falsity of some of its statements and by its alleged defamation. And Brennan then focused on our history and the Sedition Acts.

How the Founders Reacted

One of the first major acts of the new nation that affected libel law was the enactment of the Alien and Sedition Acts. The Sedition Act authorized the punishment of any person authoring or printing “false, scandalous and malicious writing” against the Congress or the president which was intended to “defame … or to bring them, or either of them, into contempt or disrepute; or to excite against them … the hatred of the good people of the United States. …” In response, Madison and Thomas Jefferson, Adams’ Vice President, wrote up resolutions in Kentucky and Virginia. They opposed the Alien and Sedition Acts.

Justice Brennan argued that truth alone would not work. A critic should not have to guarantee truthfulness in all utterances. ” Under such a rule, would-be critics of official conduct may be deterred from voicing their criticism, even though it is believed to be true and even though it is, in fact, true, because of doubt whether it can be proved in court or fear of the expense of having to do so.”

At the time, several states had adopted the “actual malice” rule. The court defined this as “with knowledge that it was false or with reckless disregard of whether it was false or not.”

The decision showed that the New York Times did not know the allegations were false. They also did not show reckless disregard for the truth in its publication.

Justice Douglas signed onto two different concurrences from Justice Black and Goldberg. Justice Black argued malice seemed too weak. The term had no real definition. Instead, ” I vote to reverse exclusively on the ground that the Times and the individual defendants had an absolute, unconditional constitutional right to publish in the Times advertisement their criticisms of the Montgomery agencies and officials.” He argued the Constitution provided absolute immunity for criticism of the way public officials do their public duty. However, since he focused on the public duty component, the public figure aspect gets lost.

Justice Goldberg agreed but he focused on the fact that government officials had shelter from libel laws. He also highlighted the trial of John Peter Zenger. He noted that the American Colonists did not take the risk that “[m]en who injure and oppress the people under their administration [and] provoke them to cry out and complain” will also have power to “make that very complaint the foundation for new oppressions and prosecutions.” It seemed unfair if private citizens did not have the same rights if criticizing those officials.

In his concurrence, Justice Thomas began by focusing on the jurisprudence that came after New York Times v. Sullivan. He noted that the Court expanded the actual malice rule to all defamed public figures in Curtis Publishing Co. v. Butts, 388 U. S. 130, 134 (1967). Public figures now included private persons who “thrust themselves to the forefront of particular public controversies in order to influence the resolution of the issues involved. The Court also extended the actual malice rule to criminal libel prosecutions in Garrison v. Louisiana, 379 U. S. 64 (1964). Thomas disagrees with all of this. Instead, as always, he turns to 18th century common law as if it makes everything crystal clear.

In summary, he argued that public figures brought lots of libel cases in our early history and won. To only focus on the Sedition Act would be foolish. He would send libel laws back to the states to define.

Fundamentally, I disagree with Justice Thomas. I think his analysis leaves out one major component of what our Founders set up: a federal government where the states can act as an incubator for ideas. He disregards that the actual malice standard set in New York Times v. Sullivan was put in place in multiple states at the time of the decision. Instead, he focuses on how public figures need to protect themselves from libel more than private individuals. That part does not surprise me as Justice Thomas seems to prefer to help the privileged over the private in all cases. The Founders did, so why wouldn’t he?

I read what the Founders saying as having a similar reaction (though in reverse) to Justice Thomas. They argued to let the states enact such laws if they wish. But Thomas argued that the federal government need not create the actual malice standard; let the states make that decision. However, how should a national publication deal with varying state laws?

For example, if the state of New York and the state of Kentucky have different standards and CNN issues a story that includes false statements. Can the individual have a domicile in both states and use one of those state laws to get a better decision based on state law? Most likely they can if state laws dictated. What would stop individuals from finding the most lax libel laws and set up shop so they can stop national news organizations from printing negative stories?

The actual malice rule sets up a guideline. News travels differently today than it did for the Founding Fathers. Someone in the outskirts of Alaska can receive the same information about a politician in Virginia as the people of Virginia. Public discourse requires a federal rule to protect individuals and the media. As we all become writers and posters of content, anything you could post on Facebook, Twitter, or your own website, could become fodder for a libel suit because truth and fiction have fuzzy lines.

Justice Brennan understood this. Our Founding Fathers understood that – both at the time of the First and Fourteenth Amendments.

Future administrations pardoned every person convicted under the Sedition Act. The Sedition Act does not stand as a shining light from our beacon on the hill. The common law standards would have let it stand tall – if the states created it.

The Real Fear of Libel Law

Years later, William Lloyd Garrison also faced a libel trial. Garrison created a feature in a local newspaper, “The Black List.” He reported the brutalities of slavery and named a local shipper, Francis Todd, as a slave trader.
Garrison claimed that the 80 slaves suffered great deprivations on the voyage. Francis Todd claims that the 80 slaves were not restrained and had “accommodations on board [that] were the same as those of steerage passengers.” Based on this article, Garrison was indicted and sentenced for criminal libel. As he sat in a cell, he wrote about his experience. He never wavered in his convictions. But he continued to write and continue to push the envelope.

Garrison wrote against what the power-that-be wanted. He did not lie or make false statements. Instead, Todd claimed that the slaves suffered no great loss and they had great accommodations. Although these should be factual assessments, the definition of “deprivation” depends on who has been affected.

Imagine a story today. A Garrison-type reporter heads to the border to write about the treatment of the migrants in cells. That reporter may write about the “difficult process” or a “lack of compassion.” The government officials may not like the negative press. Would a court find the assessments by the journalists to be false? Potentially. But do they show actual malice. No.

Justice Thomas may want to look at how criminal laws treated Garrison. They point to a reason why the common law at the time may not stand the test of time. True and false only seem simple when you do not want to see the other side.