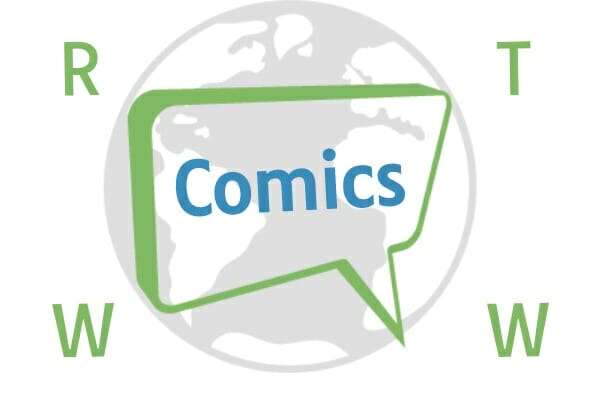 In this second week, I read 14 comics from December. As I slowly make my way to catch up to the week at hand, I enjoyed most of these books. As a reminder, these are based on what I buy and what hit me that week. My favorite book of the week: Black Badge #5 from Boom Studios.

Top Five of the Week

I never was a Boy Scout and I’m glad I wasn’t when I read this book. I enjoyed the first three issues of the series but this second arc is getting to something that really matters today. Kindt has begun to examine what we expect from children and how our actions influence their behaviors. In this world, they have become Black Ops teams designed to hide in the shadows because no one would expect them to infiltrate organizations. As we see teenage boy behavior front and center in the news, this type of story that shines the light on what adults do to children matters.

Tyler Jenkins and Hilary Jenkins deserve many awards for their work. The layouts and colors provide so much of the story. As the Black Badge team stand in the desert, each character gets a panel to shine to show off their skills. The way the colors change through the historical moments and then walking through the jungle gives a haunting feeling to their journey. As they leave one group behind, the small panel all in shadows shows the strength of the team. And I hope they come back. I love this series.

Bendis lets Ivan Reis play in this issue. The first ten pages of the book include 5 double page spreads. Stuck in the Phantom Zone, Superman needs to get between Zod and Rogal. And they way they laid that out was through a wide-screen approach – until Adam Strange and the Atom bring Superman back to Earth. And then everything shrunk. Both the Phantom Zone and Earth needed Superman to succeed.

I’m not going to lay out the spoiler – even though it is everywhere. But I will give them the benefit of the doubt. I have enjoyed Bendis’s run and want to see where this grand scale epic goes. And I hope this art team stays on the book forever.

I know I will need to read this when it’s all completed in a one-off. But it’s all coming together now. All of the gauntlets are on the ground. Each of the characters have set their sights on success – which means failure for so many others.

It hit me hard. I will want to write about this series as a whole soon. It means a lot in today’s political climate. And Kot has something specific to say about extremism and anger.

Danijel Zezelj and Jordie Bellaire also create a visit of America that has no light. It’s like the Gotham City in Batman: The Animated Series, but with way more suicides and shoot-outs.

I have felt cold about this book for a while. It works. It’s fine, but it never stands out. And honestly, I’ve grown tired of some of North’s tics. I no longer read the footnotes and that actually helped.

First, the cover made me smile and they found an interesting way to use Skrulls. Second, Charm and Renzi create kinetic art. Third, Brian needs his own book.

I will continue to read this book until they no longer publish it. Every once in a while, it knocks my socks off. This issue did everything a Squirrel Girl book needs to do.

Joelle Jones could do any book and I would buy that book. I’m not sure how this fits into the larger story with Batman. But I don’t care.

I hope this book has a long run with Jones doing the writing and art on every other arc.

Three That Did Not Hit For Me

The Batman Who Laughs #1

Part of this disappointment could be that I’m a bit tired of this character and it’s premise. The Joker has been too close to the forefront for too long. And the Dark Knights: Metal mini-series did not leave this character with much room to go. I enjoy Jock’s art enough – but it also didn’t do anything too much for me.

I have not picked up the first two based on miscommunications with my shop, but this one ended up in my pullbox. It was fine. But I wouldn’t say that either story did anything interesting with the short stories. Everything looked fine and read okay. But I felt bored. I expected something a bit more unique. This felt like any other anthology.

I’ve not been too into Wilson and Nord’s run on Wonder Woman. Seems like she wants to tell a story about how war and Wonder Woman’s raison d’etre are too tied together. Seems like we have been there before. Similarly to Poe, it reads fine; it looks okay; and I get what they want to do. I just want more. 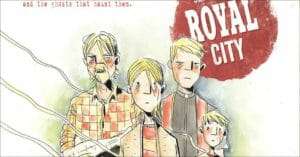