The Alien and Sedition Acts, Donald Trump, and Facing Criticism 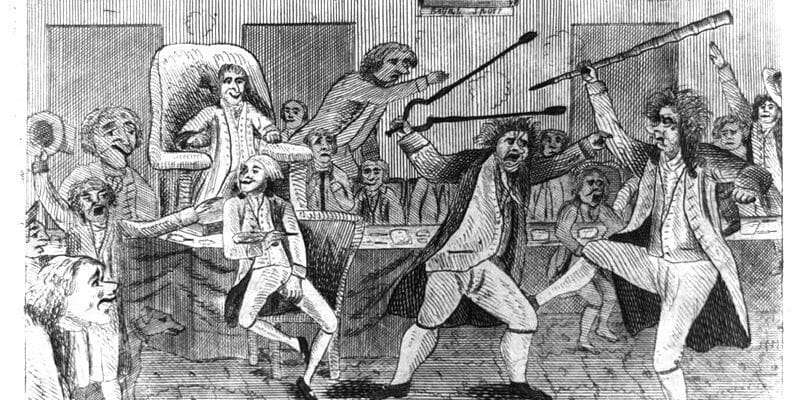 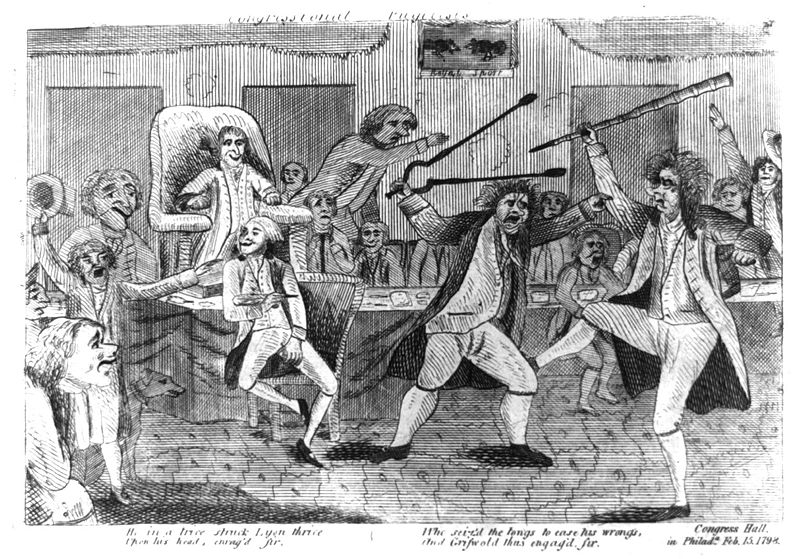 220 years ago, Congress passed the first of what would become known as the Alien and Sedition Acts. The government argued that these measure became necessary for national security. War with France seemed imminent and 25,000 French refugees came to America. When a group of French scientists wanted to visit the country, President Adams opposed their visit because learned societies had disorganized the world and were incompatible with social order. In other words, these people would “infest our country.” I write this often but remember, we have done awful things throughout our history. This is not new.

Additionally, President Adams, with input from his wife, Abigail Adams, felt under siege by negative press. Abigail felt her husband’s opponents were evil and vile with their rhetoric.

A leader of the Jeffersonian Republican Party, James Madison wrote violently against the Alien Acts.

The Alien bill2 proposed in the Senate is a monster that must forever disgrace its parents. I should not have supposed it possible that such an one could have been engendered in either House, & still persuade myself, that it cannot possibly be fathered by both. It is truly to be deplored that a standing army should be let in upon us by the absence of a few sound votes. It may however all be for the best. These addresses to the feelings of the people from their enemies may have more effect in opening their eyes, than all the arguments addressed to their understandings by their friends. The President, also, seems to be co-operating for the same purpose.

Madison and Thomas Jefferson, Adams’ Vice President, wrote up resolutions in Kentucky and Virginia opposing the Alien and Sedition Acts. According to Justice Douglas, they protested the usurpation of power by the national government. They maintained that only the states could legislate on matters concerning speech and the press.

When you look at the purposes of the Alien Acts, they felt unAmerican to two of the Founding Fathers. Their goal was to restrict immigrants and deport people who the government deemed dangerous without due process.

Toning Down Your Opponents

Although the Alien Acts never became used, the Sedition Act had effects prior to becoming law. Several newspaper editors softened their tone or eliminated offending material altogether. However, others fought back and continued writing negatively about President Adams. And they were met with fines and arrests. Sixteen indictments resulted from the Sedition Act. The government tried five out of six of the leading opposition papers for libel.

A focus of Mrs. Adams was Benjamin Franklin Bache, the editor of the Aurora and grandson of Benjamin Franklin.  Bache’s Aurora published accounts about electoral collusion in 1798 with British allies to the Federalist Party. They allegedly spent more than $800,000 to influence the midterm elections. Additionally, the Aurora criticized Adams for appointing family members and in-laws to government positions. However, he died awaiting trial.

Another victim of the Alien and Sedition Acts was Matthew Lyon. A colorful congressman  became known for a  floor brawl with Representative Roger Griswold of Connecticut. He published a letter in his newspaper claiming that Adams displayed “a continual grasp for power [and] unbounded thirst for ridiculous pomp, foolish adulation and selfish avarice.” Lyon was sentenced to four months in jail and fined $1,000. While in prison, his constituents in Vermont reelected him.

In July 1840, the government repaid the fine paid by Matthew Lyon with interest to his heirs.

Justice Douglas in An Almanac of Liberty singled out five other people arrested for sedition.

Overall, the government arrested 25 people under the Alien and Sedition Acts.

Jefferson ran against him again in the election of 1800. Jefferson used protection of the press as a common talking point and noted that newspapers remained the “standard bearer for the political opposition.” He also framed the election as whether “republicanism or aristocracy would prevail.” This sounds like something that the 2020 election will feature prominently. The Alien and Sedition Acts expired three days before Jefferson’s inauguration. All those under prosecution were pardoned. “The history of the monarchical forms of government have taught us,” Duane wrote triumphantly in the Aurora, “never to trust power to any man” and to “preserve inviolate the freedom of the press.”

Sounds similar to the current President calling the fake news the greatest enemy of the people while standing next to a despot.

Congress would most likely not enact a modern set of Alien and Sedition Acts. However, our current administration has set its eyes on dismantling any trust that the people have with the press. 12% of the public say they have a “great deal” of trust and confidence and an additional 37% have a “fair amount,” while 39% of the public report having “not very much” trust and confidence and 13% say they have “none at all.” Poynter recommended “the challenge for media outlets is to avoid being drawn into alignment with either of the parties.”

However, when you read about our history, we have always had political leaning publications. Adams went after Republican newspapers. The partisan nature of the press should not minimize its impact. But the problem becomes that people see a newspaper that disagrees with them as dishonest or full of lies. Of course, opinion pieces and punditry can become full of half-truths, spin, and nothing worthwhile. Yet, papers such as the New York Times, Wall Street Journal, Washington Post, and Chicago Tribune have very different editorial boards and political leanings. Their investigators go after their image of who the powerful are. And that’s exactly what we want to happen. Even if the Alien and Sedition Acts do not become law, the fears that brought them into being continue to permeate America today.