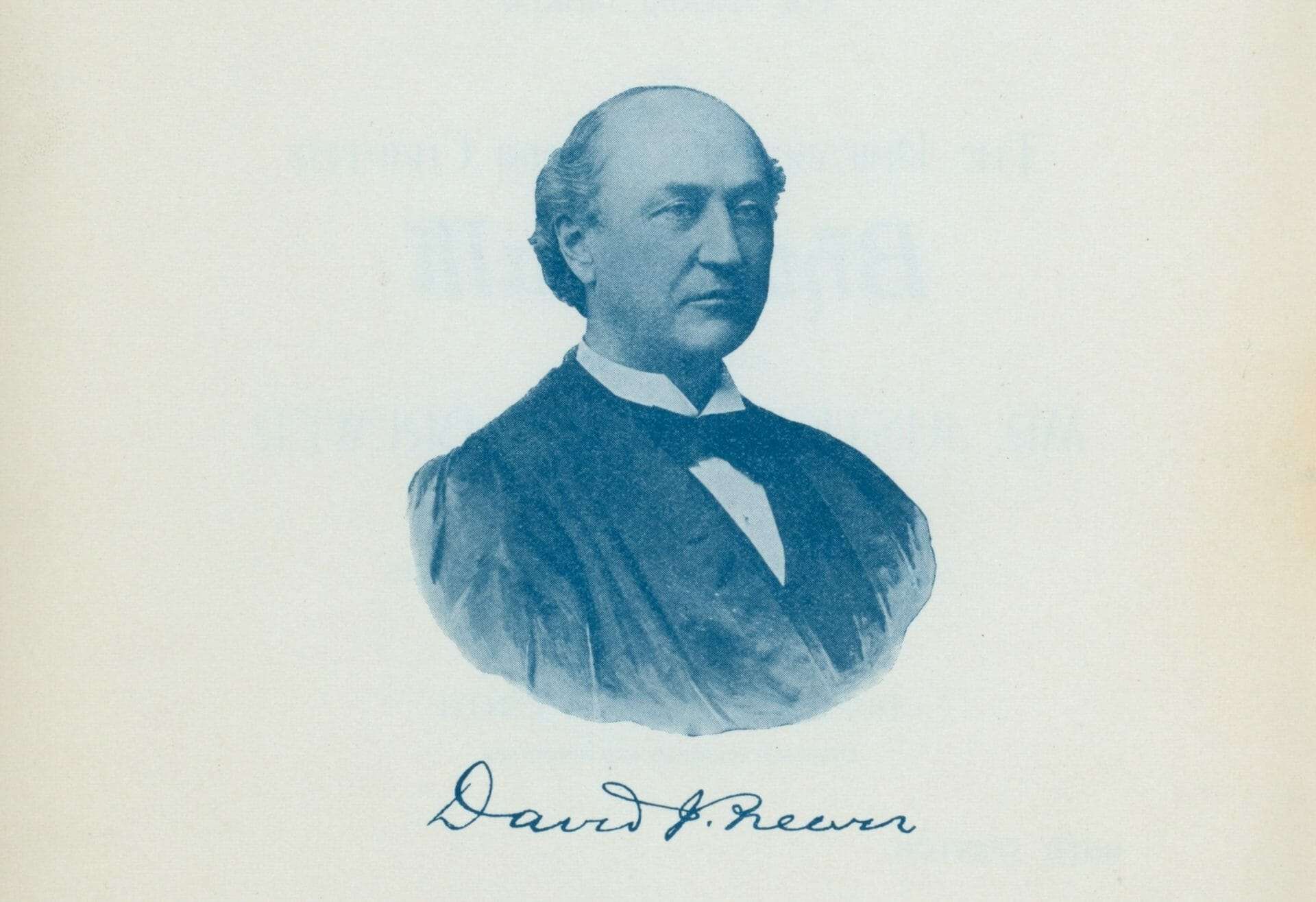 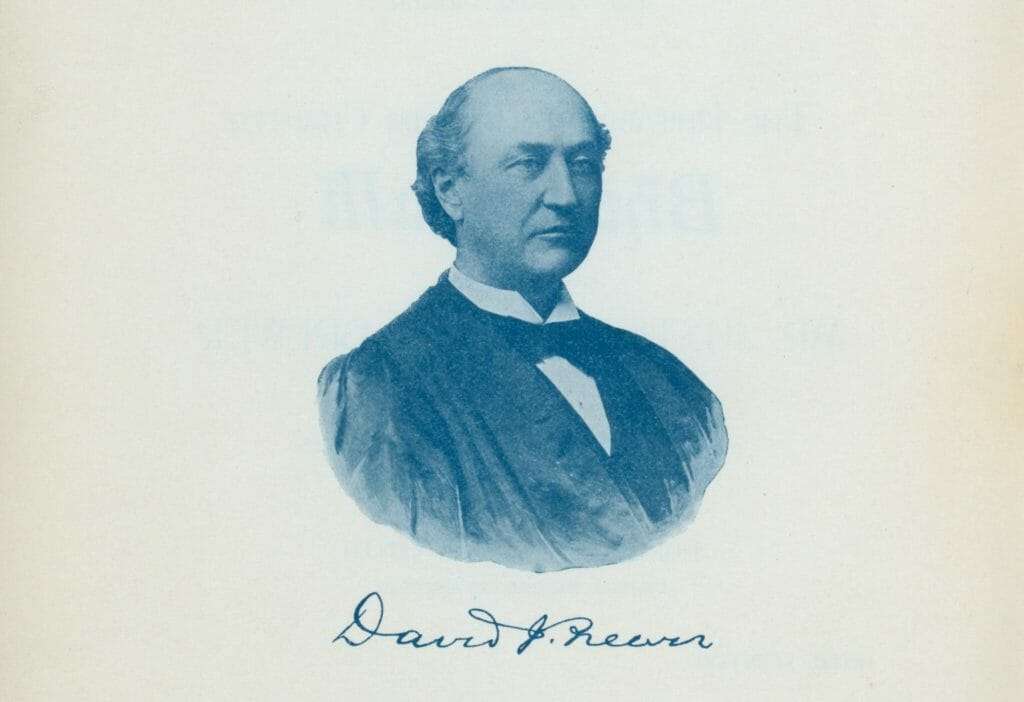 Although Justice Douglas wrote that  “racism as a constitutional principle was emphatically rejected” in Yick Wo, he noted that on May 15, 1893, the Supreme Court provided a dark day for resident aliens. However, in discussing the case, Justice Douglas focused on Justice David J. Brewer, a conservative justice, who became a champion of individual rights.

The Geary Act of 1892 barred Chinese immigrants for ten years. Additionally, it required existing Chinese immigrants to obtain official certificates of residence from the Internal Revenue Service. Fong Yue Ting was an immigrant laborer born in China to Chinese parents. Therefore, he was ineligible for U.S. naturalization. However, he wanted to continue living in the United States but did have the required certificate of residence. Following his arrest by a federal marshal, a district judge of New York ordered his immediate deportation without a hearing of any kind.

Fong appealed the action, claiming that he had applied for a certificate but could not supply the “credible white witness” required by the Geary Act. Because he had only Chinese acquaintances, he argued that the law’s requirement was unfair. But a federal court of appeals rejected his argument. The Supreme Court agreed in Fong Yue Ting v. United States. It held that the right to exclude or to expel any alien was absolute and was an inherent and inalienable right of every sovereign nation.

Justice Brewer did not argue against the right of the government to decide who could stay in our country. However, he did argue that the nature of its implementation was arbitrary. He argued that we had set up a system that welcomed individuals where they would be treated the same as other immigrants. And that these immigrants came within the meaning of “denizen” under the Constitution. He agreed that aliens had the same express protections to due process that everyone else in the United States had.

How Did the Geary Act Work According to Justice Brewer?

This scenario lays out everything one needs to know about 1892 (and about the current ICE procedures):

[A] person found without such certificate may be taken before a United States judge. What judge? A judge in the district in which the party resides or is found? There is no limitation in this respect. A Chinese laborer in San Francisco may be arrested by a deputy United States marshal, and taken before a judge in Oregon; and, when so taken before that judge, it is made his duty to deport such laborer unless he proves his innocence of any violation of the law, and that, too, by at least one credible white witness.

And how shall he obtain that witness? No provision is made in the statute therefor. Will it be said that Article 6 of the amendments gives to the accused a right to have a compulsory process for obtaining witnesses in his favor? The reply is that if he is entitled to one part of that Article, he is entitled to all, and among them is the right to a speedy and public trial by an impartial jury of the State and district.

The only theory upon which this proceeding can be sustained is that he has no right to any benefits of this Article 6; and if he has no right thereto, and the statute has made no provision for securing his witnesses, or limiting the proceeding to a judge of the district where he resides, the results follow inevitably, as stated, that he may be arrested by any one of the numerous officials named in the statute, and carried before any judge in  the United States that such official may select, and then, unless he proves that which he is given no means of proving, be punished by removal from home, friends, family, property, business, to another country.

He noted that the majority argued that aliens lose the guaranties of life, liberty, and property under this system. They have no guarantees.

Who Was Justice Daivd J. Brewer?

I had never heard of Justice Brewer until this passage. Justice Douglas defined him as a man from Kansas with “strong blood”. He fought for property rights and fought specifically for the rights of Asian immigrants. Douglas noted that Brewer warned that if the hostility of the laws towards the Chinese continued, China would become a great antagonist to our Republic.

Central to Brewer’s jurisprudence lived his religion. Born to missionaries in the Middle East, Brewer believed that the Bible affirmed the unity of the races and the brotherhood of man. Brewer wrote several books, including The Pew to the Pulpit, The Twentieth Century from Another Viewpoint, American Citizenship, and The United States: A Christian Nation. Like Douglas, he left the halls of the Court often to talk about his beliefs. He felt that judges have a moral obligation to use their lofty position to lead rather than simply observe. “It is one thing,” he once said, “to fail of reaching your ideal. It is an entirely different thing to deliberately turn your back on it.” In a piece for The Atlantic, Brewer even defended the profession of law. I would assume he hated lawyer jokes.

Mr. Justice Brewer did not hear the argument or participate in the decision of this case.

Due to the death of his daughter, Justice Brewer did not hear Plessey v. Ferguson. However, legal scholars argue whether Brewer would have joined the Harlan descent. But like many Justices (including Justice Douglas), Brewer’s record had stains. Although he ruled favorably for the civil rights of Chinese immigrants. He did not have a comparable view of African-Americans in some instances. No evidence appears to exist to help scholars decide how Justice Brewer would have decided.

Berea College is a small, private college just down the road from where I currently live. At the turn of the century, due to its Christian values, it fought for interracial education. However, Kentucky enacted a statute that prohibited the teaching of black and white students in the same institution. Justice Brewer wrote the decision that left the Kentucky law alone and hedged on any questions of racial discrimination. In Berea College v. Kentucky, the Court held as a corporation chartered under the laws of Kentucky, the state could make requirements about who it could educate. He separated individual actions versus corporate actions. It fell into line with his feelings about contracts, since he was the deciding vote in the Lochner decision. Justice Harlan wrote another scathing dissent.

Justice Douglas concluded his entry on Justice Brewer with these words:

We Americans have long been an insular people, exploiting and enjoying the lush continent that we inherited. Asia has been unknown to us. Europe we knew largely through literature. Brewer, thanks to his parents, apparently saw America through Asian eyes, and, seeing it, realized that an insular attitude was hostile to America’s interests, that if America was to maintain moral leadership in the world, she must, in concrete ways, identify herself with the dreams and aspirations of all mankind.

I love the sentiment. But like Justice Douglas, Brewer had his own insularity. We need to remember this as we talk about our future. We are an insular people who loves to scapegoat and ostracize. Mexican immigrants have gotten the same reputation as the Chinese immigrants of the nineteenth century: they ruin the economy and steal jobs.

But the imperfections of Justice Brewer kept African-Americans as second-class citizens as he fought for these immigrants. Moral leadership includes the reality that we have bias. How we fight that bias and look to the dreams and aspirations of all mankind shows true moral leadership.

May the Americans who vilify groups of people one day look past their insularity. May they seek moral leadership through love and compassion. Even if they do not have missionary parents.