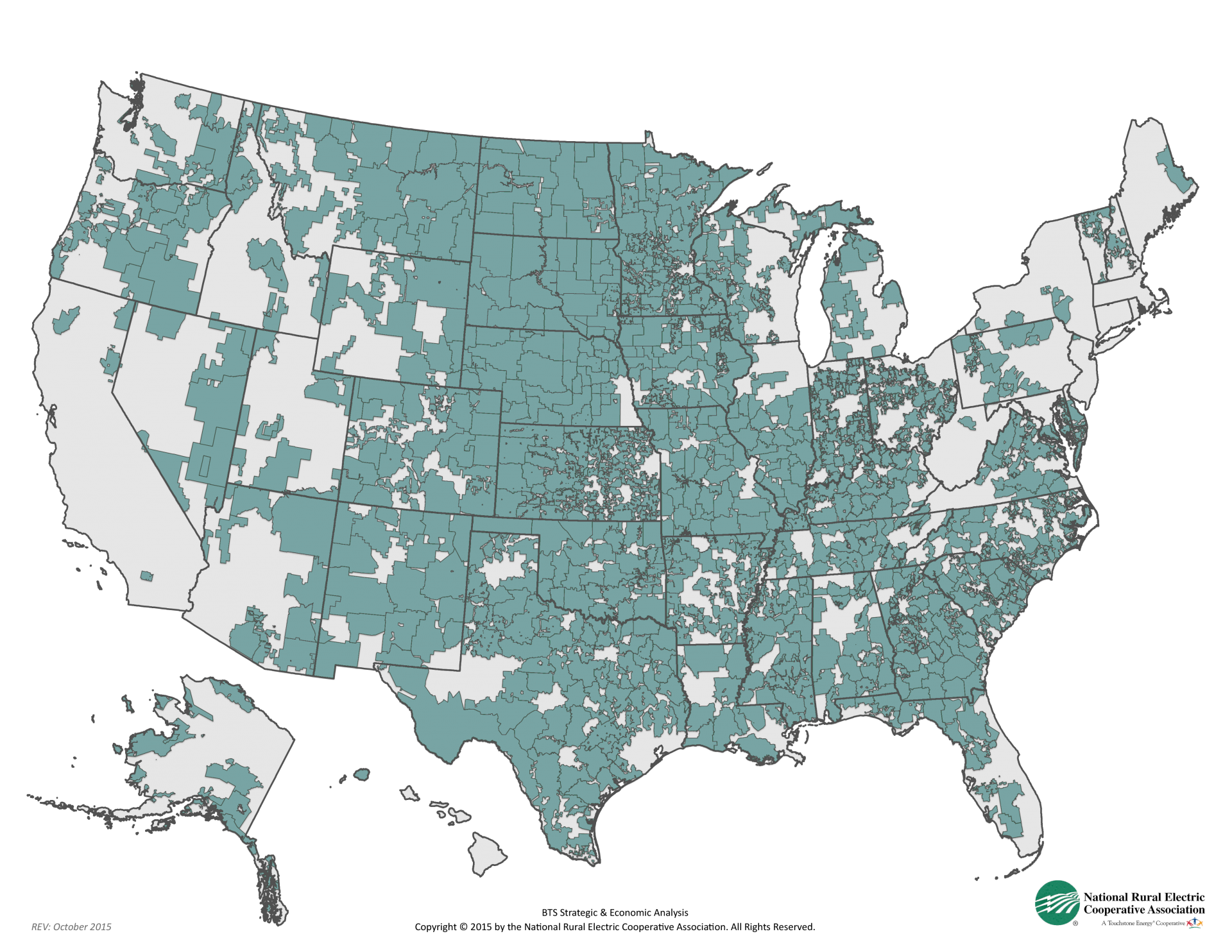 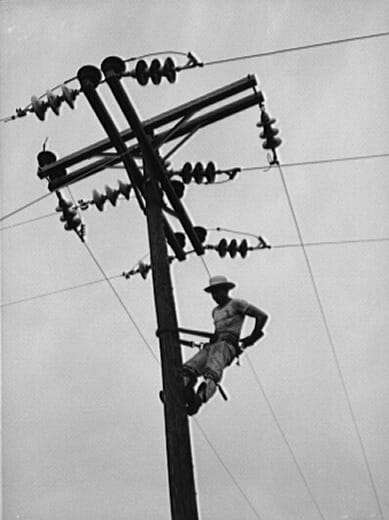 President Franklin D. Roosevelt wrote on May 11, 1935, “I hereby establish an agency within the Government to be known as the Rural Electrification Administration…to initiate, formulate, administer, and supervise a program of approved projects with respect to the generation, transmission, and distribution of electric energy in rural areas.” In 1935, only 10% of America’s farms had electric services from central stations. Within 20 years, that number increased to over 90%. One of the main legislative sponsors was George Norris. “Norris lamented that in rural America the men and women were ‘growing old prematurely; dying before their time; conscious of the great gap between their lives and the lives of those whom the accident of birth or choice placed in towns and cities.'”

What is the Rural Electrification Administration?

The REA makes loans to finance electric systems in rural areas. Working through co-operatives and public power districts, the goals sought to raise the standards of living for farmers. 90% of urban dwellers had electricity. The divide between rural America and its cities left refrigerators out of many farmers’ lives.

The cooperatives were fought by private utilities. They sought to discredit the REA as socialism. However, America’s not-for-profit, consumer-owned electric cooperatives provide service to 42 million people in 47 states. 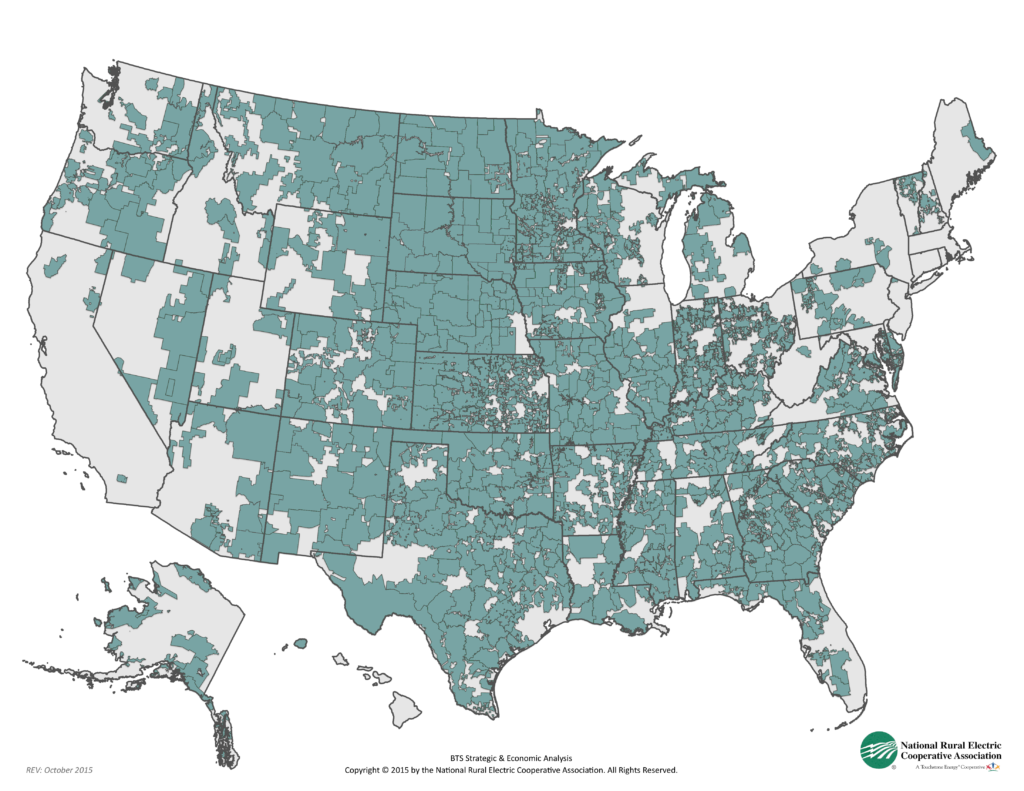 As President-Elect, Barack Obama stated, “As we renew our schools and highways, we’ll also renew our information superhighway. It is unacceptable that the United States ranks 15th in the world in broadband adoption. Here, in the country that invented the Internet, every child should have the chance to get online, and they’ll get that chance when I’m president – because that’s how we’ll strengthen America’s competitiveness in the world.”

Similarly to the electric divide,  one recent study showed that nearly 40 percent of rural U.S. residents lack access to high-speed internet. In the nation’s urban and metropolitan areas that figure is closer to 5 percent. And similarly, people have concerns about a broadband initiative.

For example, here in Kentucky, all sides appear to find problems with the initiative. “Kentucky Wired started in 2015 with the goal of extending high-speed Internet across the state, where many residents do not have access to broadband. The project — comprising 3,400 miles of fiber-optic cable, much of it strung on existing utility poles — would create an access point in each county to high-speed service, but local providers would have to extend service to individual customers.”

However, the politicians in charge of many of the state that would be affected are against large public projects. Kentucky Wired has been a public-private initiative. But politicians have argued that there has not been enough of a return for the project to continue. As Steve Conn said:

The bigger problem is that the very people who would benefit from rural broadband keep voting for those same politicians and things are even worse at the state level. Dozens of rural communities have tried to set up internet co-ops, on the model of the REA, but in response nearly two dozen states have passed laws making it nearly impossible to do so. Texas, Arkansas and Missouri, for example, have prohibited any municipal internet provider from selling the service directly to customers.

Recently, the Kentucky General Assembly restored funding to Kentucky Wired for the next two years. This will allow the project to borrow up to $110 million to pay off costs for delays. Hopefully, this starts a new era of “rural electrification administration.”