Yick Wo, Plessey, and the Fourteenth Amendment 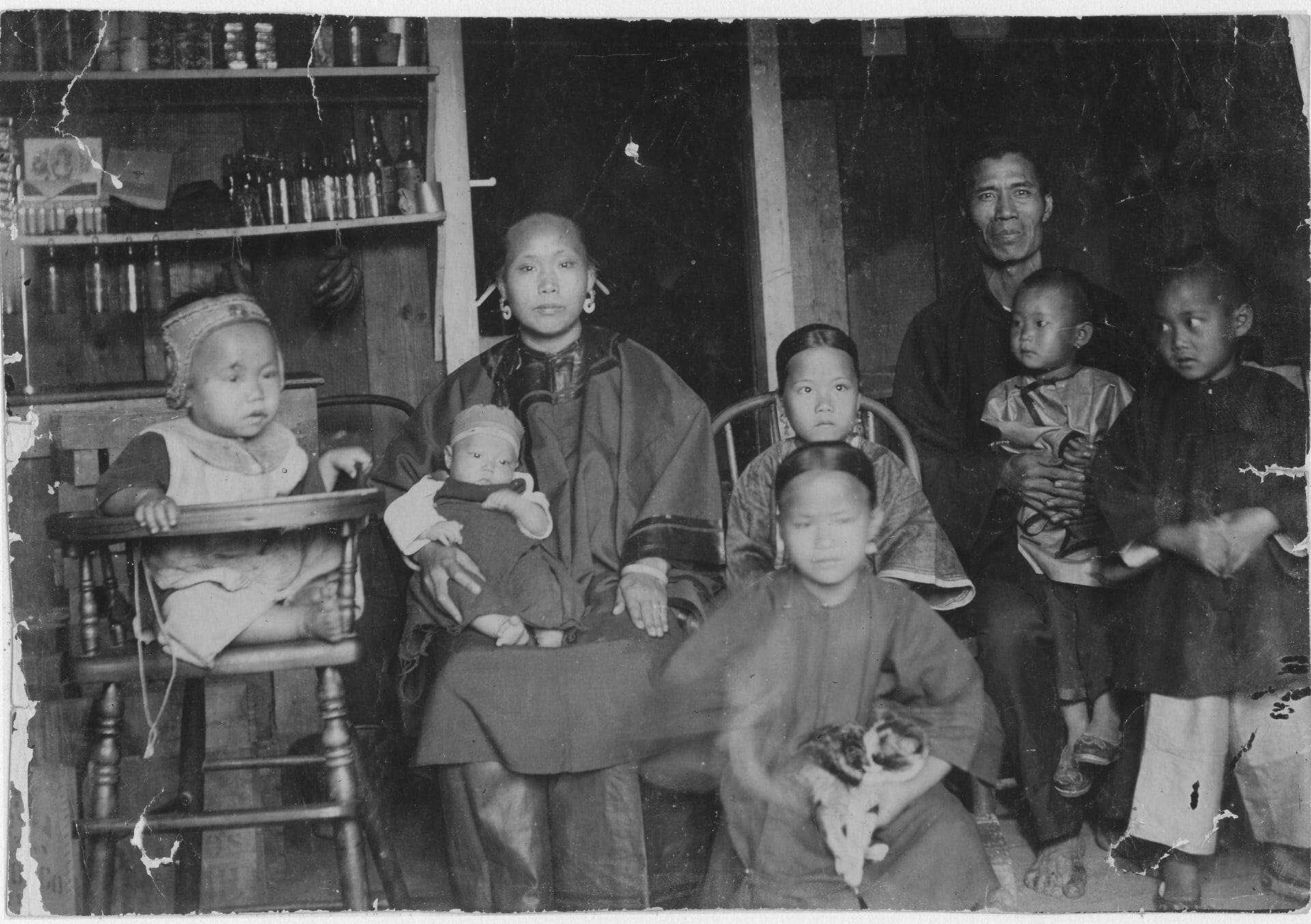 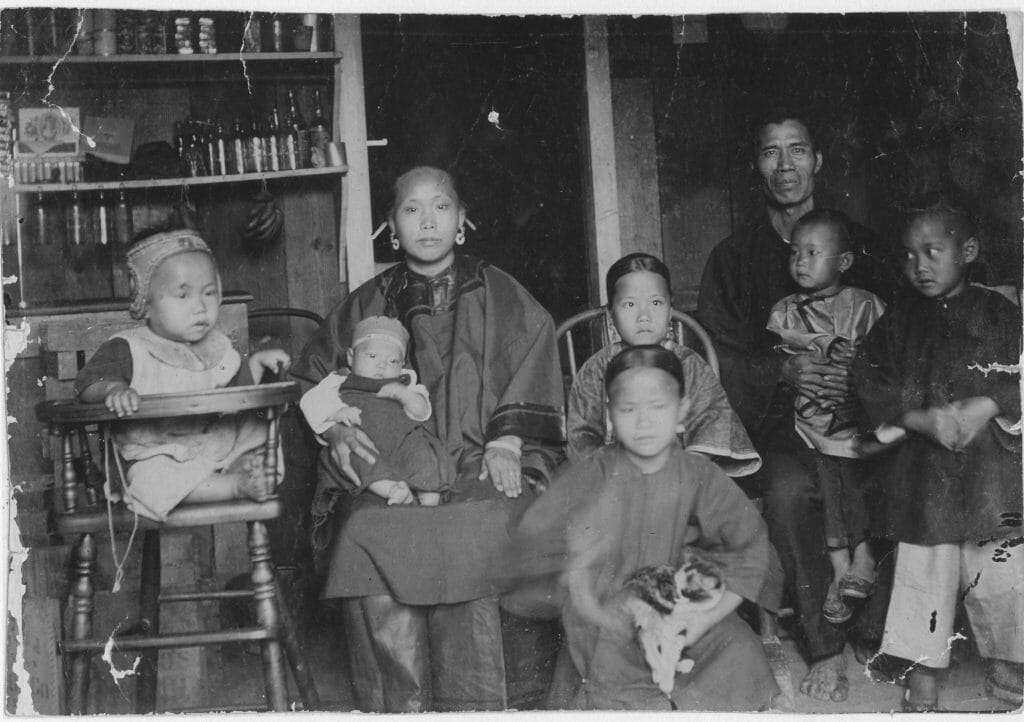 On May 10, 1998, the Supreme Court set aside the conviction of Yick Wo. San Francisco had passed an ordinance that required laundry operators to obtain licenses. The city argued they needed to ensure that wooden buildings were not used as laundries. However, 200 invididuals were denied permits, all of Chinese descent, and 80 individuals in similar buildings got their permit.

The Supreme Court noted that “[t]hough the law itself be fair on its face and impartial in appearance, yet, if it is applied and administered by public authority with an evil eye and an unequal hand, so as practically to make unjust and illegal discriminations between persons in similar circumstances…the denial of equal justice is still within the prohibition of the Constitution.”

Justice Douglas notes in An Almanac of Liberty, that the Court held

He concludes that “Racism as a constitutional principle was emphatically rejected.” Although that may have been the case through the work of Justice Douglas, ten years after Yick Wo v Hopkins, the Court established the principle of separate, but equal.

Discrimination Against the Chinese 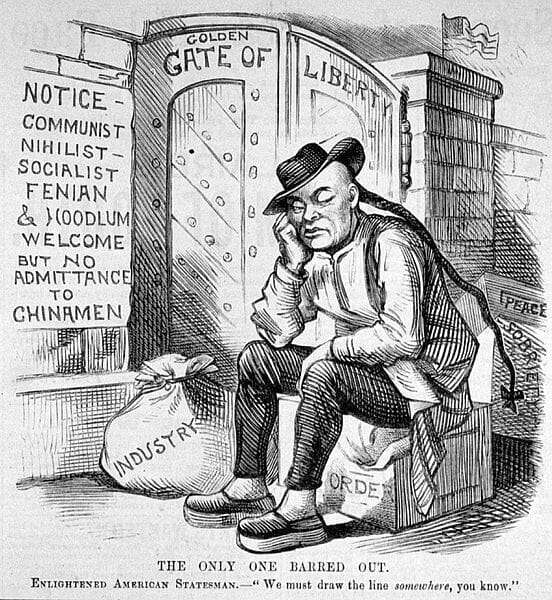 Justice Douglas focuses much of the entry in the Almanac to the 19th century racism through California. He listed several anti-Chinese measures:

The capstone of the entry focused on an Los Angeles mob that led a massacre against Chinese immigrants. Seventeen Chinese men and boys, including a popular doctor, were hanged by an angry mob. Recently, the LA Weekly released an account of what actually happened. “As the Chinese were hauled up, a man on the porch roof danced a jig and gave voice to the resentment many Americans felt over the Chinese willingness to work for low wages. ‘Come on, boys, patronize home trade,’ the man sang out.”

Americans love to complain about people who they believe work for low wages. We also act out violently. And with hate.

Unfortunately, Justice Douglas missed a lot of dark spots in our history when he wrote that racism as a constitutional principle was emphatically rejected. About ten years after Yick Wo, the Court found that Louisiana could have separate train cars for whites and blacks. They created a standard of separate, but equal until Brown v. Board. Part of that decision cited Yick Wo as their rationale. They pointed to the holding that stated that the state could exericse the police power when reasonable. As long as the laws are enacted in good faith and for the promotion of the public good, the Constitution did not stand in its way. Based on a multitude of other state and federal laws, the Court found separate cars as reasonable. In a truly disgusting set of conversations about blood and hate, the Court legalized racism.

Justice Harlan wrote a famous dissent that argued against separate but equal that later became part of Brown.

In the eye of the law, there is in this country no superior, dominant, ruling class of citizens. There is no caste here. “Our constitution is colorblind, and neither knows nor tolerates classes among citizens. In respect of civil rights, all citizens are equal before the law. The humblest is the peer of the most powerful. . .The arbitrary separation of citizens on the basis of race, while they are on a public highway, is a badge of servitude wholly inconsistent with the civil freedom and the equality before the law established by the Constitution. It cannot be justified upon any legal grounds.

We will find out in the next couple of months if this is true today for LGBT individuals, immigrants, and Muslims.

Recently, a U.S. District Court issued a ruling on a motion for summary judgment in a case involving Vietnamese nail-salon owners. They argued that they were harassed, intimidated, falsely imprisioned, and arbitrarily discriminated against based on their face by the Louisiana State Board of Cosmetology. The Board filed a motion for summary judgment stating that the four defendants failed to estbalish an equal protection violation.

At this point in the proceedings, the plaintiffs need to show that a genuine issue for trial exists. The Court found that the plaintiffs had enough evidence to submit to a jury. Their evidence showed that people of Vietnamese descent owned 9% of the 7,500 salons in Louisiana and then they paid 80.1% of the fines in 2011, 89.2% of the fines in 2012, and 91% of the fines in 2013.  Additionally, they asserted that the LSBC disproportionately subjected persons of Vietnamese heritage to hearings . The Court also noted that a jury could find that similarly to Yick Wo, a jury could find that a pattern of discrimination existed in a standard looking law.

I’ll keep my eyes out for any updates to this case in the future.