J’Accuse and the Dreyfus Affair

“As they have dared, so shall I dare. Dare to tell the truth, as I have pledged to tell it, in full, since the normal channels of justice have failed to do so. My duty is to speak out; I do not wish to be an accomplice in this travesty. My nights would otherwise be haunted by the spectre of the innocent man, far away, suffering the most horrible of tortures for a crime he did not commit.”

On January 13, 1898, novelist Emile Zola wrote an open letter called J’Accuse in a Parisian newspaper accused the government of Felix Faure of anti-semitism and unlawful imprisonment of Alfred Dreyfus. In a modern age where truth has limited meaning and governmental bigotry stares us all in the face, we need to reflect on the Dreyfus Affair and how a liberal democracy basting in new glow can reflect such a dark image.

Alfred Dreyfus came from Alsace. However, after war with Napolean III, Prussia (and what would become Germany) took most of Alsace and Lorraine. These areas lead to many mentions in world history as they became centerpoints of both World Wars. At the time, many Jewish individuals in Alsace moved out of the region, but many Frenchmen believed that they lost the wars and these regions due to the regions turning away from “the faith.” 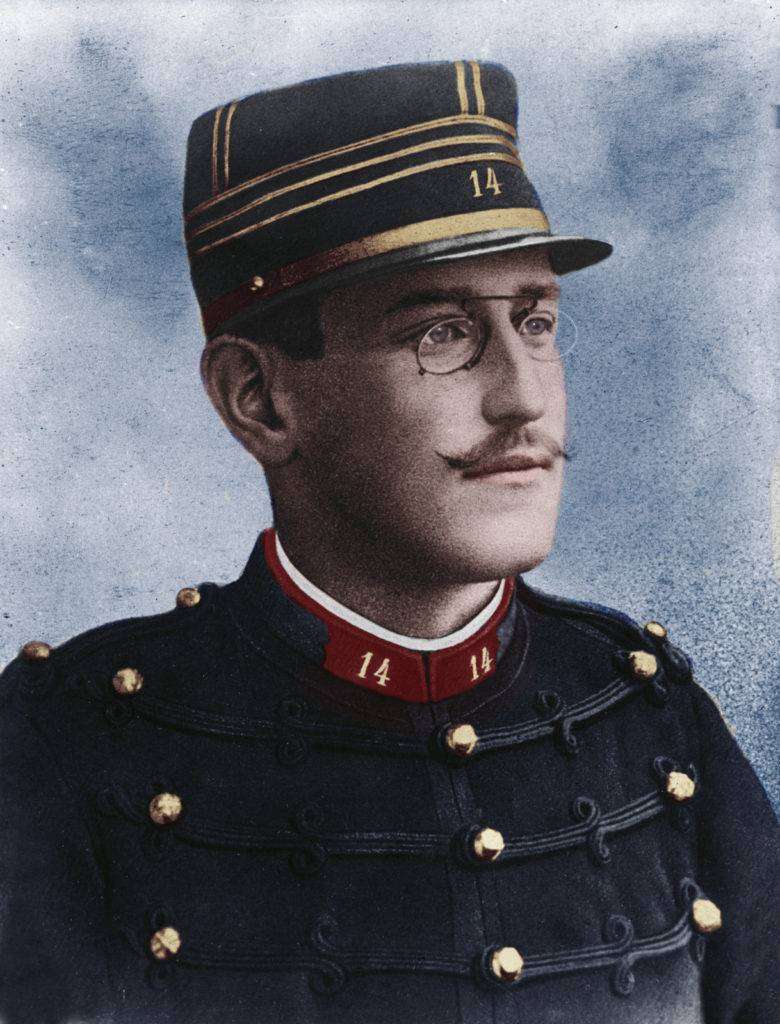 Alfred Dreyfus’ family moved to Paris at this time from Alsace. He attended school and eventually joined the military as an artillery captain.

In 1894, the French Army’s counter-intelligence section became aware that information regarding new artillery parts was being passed to the Germans by a highly placed spy. The nature of the secrets seemed to point to an artillery officer. Suspicion fell on Dreyfus. One reason was that he made regular visits to his family in Mulhouse, then still in German hands. Dreyfus was arrested.

Oct. 15, 1894, Alfred Dreyfus was convicted of selling military secrets to Germany and sent to prison on Devil’s Island.

Uncovering Evidence of the True Spy

In August 1896, the new chief of French military intelligence, Lt. Colonel Georges Picquart, reported to his superiors that he had found new evidence. It pointed to the real traitor being Major Ferdinand Walsin Esterhazy. They silenced Picquart silenced by transferred  him to the southern desert of Tunisia in November 1896. When reports of an army cover-up and Dreyfus’s possible innocence leaked to the press, a heated debate ensued about anti-Semitism. Esterhazy was found not guilty by a secret court martial, before fleeing to England.

If anti-Semitism didn’t start the Dreyfus affair, it fueled it. The accusation became that the Army was protecting a traitor Jew. First, loudest, and nastiest among the explicitly anti-Semitic enemies of Dreyfus was Édouard Drumont, whose book “Jewish France” had already, in the 1880s, been a huge success. According to an article in the New Yorker, the book focused on anti-immigration. With waves of Jewish immigants coming to France from Germany and Eastern Europe, he argued they did not share the values of Christian France.

Cannot imagine having a government who would support writings that dismissed a group of people as not sharing certain values.

And at this time, Dreyfus suffered alone in a prison cell – when the government knew he was innocent.

In 1898, the Dreyfus Affair became the centerpiece that destroyed France and continues to affect our politics today. After a second trial where the evidence of his innocence was again ignored as the courts found him guilty, individuals began to stand up. With the Third Republic of France still relatively new, the left-wing establishment began to stand up for the system of government they wanted.

Like an early version of the Pentagon Papers, Emile Zola laid out the facts of the miscarriage of justice in J’Accuse. He walked through all of the facts that the government hid.

As for the people I am accusing, I do not know them, I have never seen them, and I bear them neither ill will nor hatred. To me they are mere entities, agents of harm to society. The action I am taking is no more than a radical measure to hasten the explosion of truth and justice.

I have but one passion: to enlighten those who have been kept in the dark, in the name of humanity which has suffered so much and is entitled to happiness. My fiery protest is simply the cry of my very soul. Let them dare, then, to bring me before a court of law and let the enquiry take place in broad daylight! I am waiting.

Of course, Zola was tried for criminal libel (another word our current administration loves to throw around). Zola was convicted and fled the country, until the government fell and a pardon arrived.

In September 1899, President Loubet pardoned Dreyfus on the condition that he not appeal his case. On September 29, 1902, Zola died. The widow requested that Dreyfus not attend the funeral, but Dreyfus was able to keep vigil. Anatole France, another supporter of Dreyfus, read this oration at the funeral:

Before recalling the struggle undertaken by Zola for justice and truth is it possible for me to keep silent about those men bent on the destruction of an innocent man and who, after feeling lost, was saved and overwhelmed with the desperate audacity of fear?

In 1906, seven years after his pardon, Dreyfus was declared innocent by the French Court of Appeal, reinstated in the Army and awarded the Légion d’Honneur. He was never acquitted, as he had hoped, by his fellow officers in a court martial.

What Can We Learn?

People have hatred in them. Whether or not the original acts stemmed from anti-Semitism, Dreyfus became a target because of where he came from. He visited his home – now on foreign soil. But the biggest issue was the cover-up. Instead of recognizing their mistakes, the French military and government dove deeper and deeper to protect themselves. And in the end, they allied with disgusting figures who brought hatred into the mix.

We currently live in a time where the United States has lots of questions. We have lots of targets of hatred. And our government appears to be more concerned with protecting itself than finding truth. Instead of detailing their mistakes, they also have allied with horrible groups. When racist organizations and bigots line up to defend you, you need to see who is at your side.

Forget the hate-filled speech coming from the President’s mouth. He obviously has no love for people of different nations. But what about the rest of the people who spend their time defending him? To protecting him? Something rotten permeates from the White House. Whatever collusion may mean, no one should question that the current administration will do whatever it takes to “win” as they define it.

We have many journalists and individuals writing out and discovering the truth. Fund them. Back them. Support them. As Zola produced the truth in J’Accuse from behind the curtains of the Third Republic, many unveil the lies of the current administration that also has no love of justice.

Speak out. Envy him. Give to this great country. Do not let a Dreyfus Affair occur on the land of the free and the home of the brave. What will be J’Accuse 120 years later? And which side of truth will you stand?