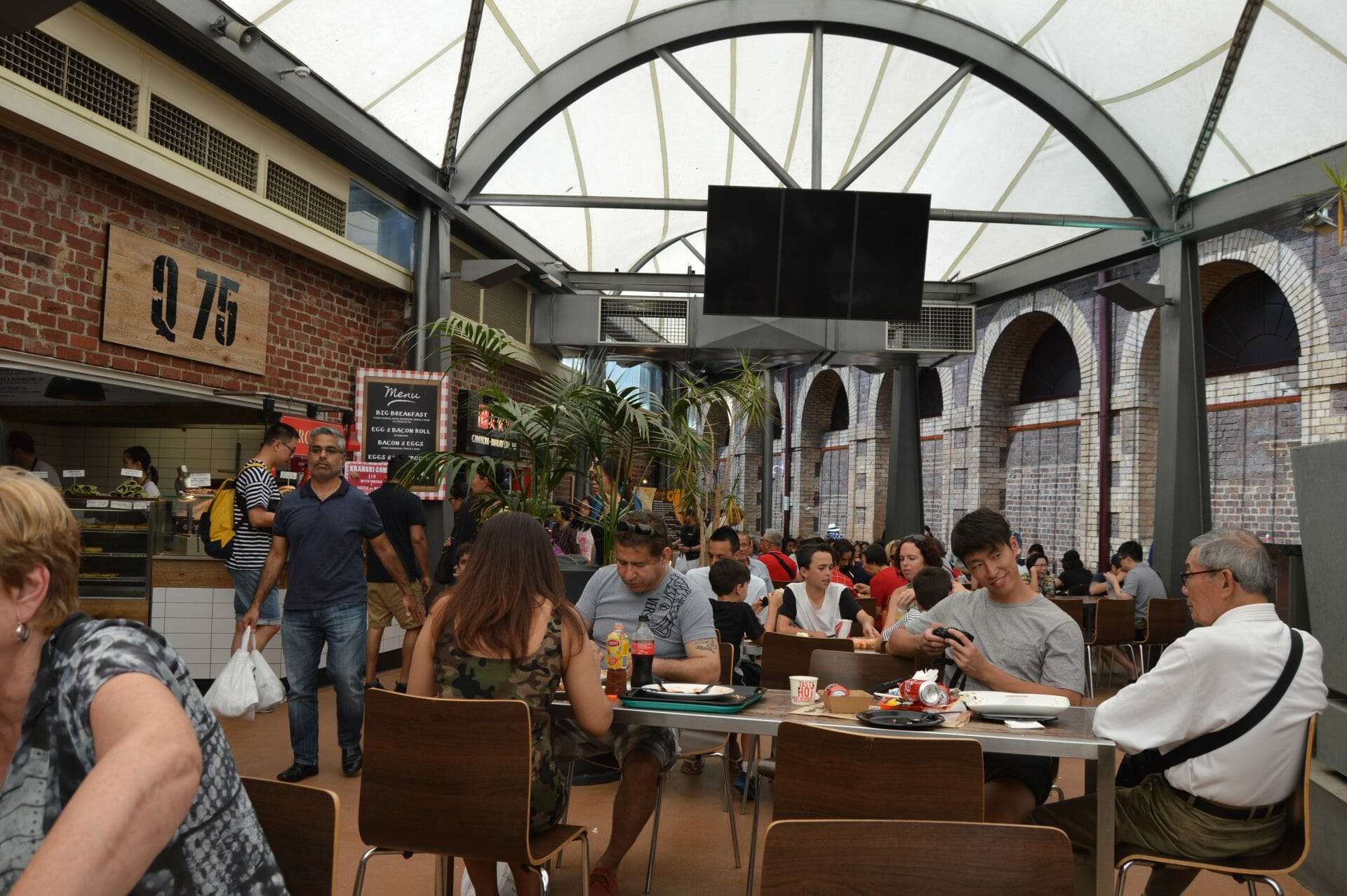 After a great day 1, we woke up at 6:00 and 8:00 respectively, which resembled our Eastern Standard Time day-starts. We wanted a bit of a relaxing morning and headed to breakfast. Because we booked our room directly with the Treasury on Collins, we got a continental breakfast. This included eggs, quiche, sausages, beans, bacon, and the most interesting coffee machine we had ever seen. We tried the sausage and beans – a traditional Australian breakfast. It really did not fit into our tastes, but we did like the rest of the food. Additionally, they had a pancake machine and muesli, which is like a cold, yogurt and oatmeal mash. Again, not really to our taste but we tried it. On the other hand, the Muesli bars that they had were delicious.

After breakfast, we had told Fr. Larry that we would meet him downstairs and head to a local church. We saw him get out of the elevator from our seats at breakfast, so we went down to meet him. On our first day, he was a bit too overzealous in how far he could travel by foot. We took our time and rode the free tram that takes you through the Central Business District of Melbourne to get to St. Francis. Fr. Larry told us that this was the oldest Catholic Church in the city and it had that look. But luckily, it also had a bookstore with chairs since the prior mass was still going on. We say in the air conditioned bookstore as Brian wandered around looking for books.

The inside of the church was basically just finished wood, but it was beautiful. Additionally, the church was packed. Fr. Larry wanted us to see and hear the choir there and they did not disappoint. Many Asian Catholic tourists must have gotten the same recommendation as people continuously funneled into the church through the entire mass. I believe Brian’s favorite part was how the priest read the Gospel. The parable for the day was about the man who had three servants for which he gave 5, 3, and 1 piece of gold. Two of the servants invested it and one hoarded it. After the two who invested it returned with more money, the man said, “Well done!” But this was the first time either of us heard that particulate phrasing or that particular accent telling this story. We still say “Well done” with an Australian accent.

About halfway through the mass at Fr. Francis, Fr. Larry mentioned that he was pretty tired from our morning and would probably have to skip out on any afternoon plans. Although the St. Francis choir sang beautifully, they also sang a lot. The mass hit about 90 minutes long. We understood and told him that we would accompany him back to the hotel. He also mentioned that he would prefer if we ate dinner at the hotel restaurant so he wouldn’t have to travel too far. We dropped him off and asked the front desk about making reservations for the restaurant. And they told us that the restaurant was closed. So, we needed a plan B.

The front desk had the best employees in the world. They went through just about every restaurant that was walking distance or a short cab ride away. But they recommended The Mitre, which was one of the oldest taverns in Melbourne and now is a steak house. We walked over there and asked about a reservation. They said that that would be no problem but our biggest concern was that the restaurant was on top of a hill and the steakhouse was up a set of steep stairs. We made the reservations but we had reservations about if my uncle could easily get up there.

In the meantime, we decided to head up to Queen Victoria’s Market. Brian had been invited to attend a small Unitarian fellowship which was across the street. Since the market was on our list, we went there first. If you need to buy anything, it’s there. Fish and fruit and vegetables and meat. People everywhere yelling and grabbing what they wanted. If you wanted delicious seafood, I would go there to get it very fresh. Since we didn’t have any means to cook, we didn’t get any fresh fish but fishmongers, butchers, and small little stands provided enough entertainment. We were also a bit hungry since we really did not have lunch. But it was a little too late for lunch and a little too early for dinner (which we were also going to eat to Fr. Larry).

We stopped at a little bakery booth that had Sicilian donuts (which looked like how I remember paczkis) and we ordered a plate of pancakes, ice cream, and berries. It was delicious. We wanted to go back but unfortunately, we didn’t get up that way again on our trip. So many different restaurants, but I don’t think we regretted any meal we ate on the entire trip.

After the pancakes, we headed to the fellowship that holds its services in a multicultural center. They were a very nice group of people. They had small binders with photocopied parts of the hymnal that they liked. We participated in their joys and concerns, and a small discussion at the end. Mainly, they wanted to know what Brian’s church was like and what it is like to live in the southern United States. Small moments like this truly made the trip special.

When we sat down, Fr. Larry was thrilled. He loved the name of the restaurant and loved the atmosphere. It definitely looked like an old tavern. And since it was before 6:00, the place was empty. Luckily, they had a set price menu for early birds. For $60, we got a Scotch filet dinner with a drink. We could not turn down an Australian steak house at that price. And the food was delicious. We had a wonderful dinner where we talked about the rest of our day and our experiences so far in Melbourne. After dinner, Fr. Larry was ready to head back so we went back down the hill.

Walking Along the Yarra River

After saying good night to Fr. Larry, we headed for a evening walk. We walked to the Yarra River, which runs through downtown Melbourne. While walking, we stumbled upon the Noodle Market which occurs each November. People were everywhere on a Sunday night. Although we were not hungry at all, it was fun to walk through the event. Tents everywhere with bright lights and Asian cuisine with so many people laughing and talking. Life in a busy, warm city.

Afterwards, we continued walking along the Yarra until we reached the Australian Open tennis grounds, but something was going on over there, so security turned us around. It was fine. I was getting tired. Although we turned in for an early night, we have an incredibly full day and day 2 entered the books.

Note: several of the pictures in the gallery are not taken by me. I’m not the best at remembering to bring my camera places. 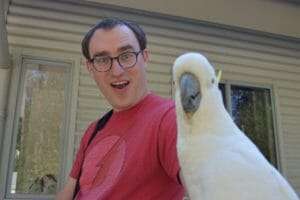 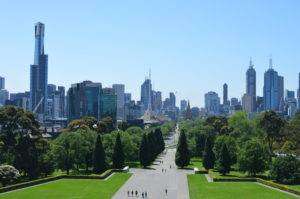