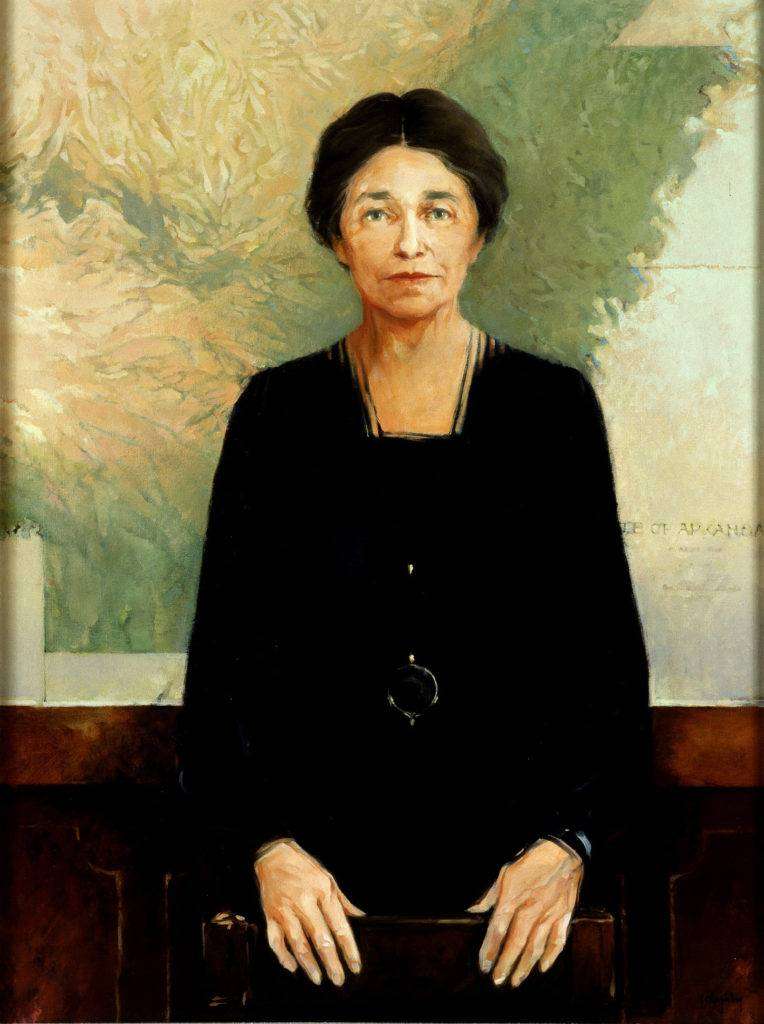 Hattie Ophelia Wyatt Caraway, a Democrat from Arkansas, becomes the first woman to be elected to the U.S. Senate when she won the special election on January 12, 1932.

Born near Bakerville, Tennessee, Caraway worked as a schoolteacher. However, when her husband, Thaddeus Horatio Caraway died, the governor appointed her to the Senate to fill the vacancy. A few days after his funeral, Governor Harvey Parnell named Hattie to fill the senate seat. “I have appointed Mrs. Caraway as United States Senator because I feel she is entitled to the office held by her distinguished husband, who was my friend,” Parnell explained. “The office belonged to Senator Caraway, who went before the people and received their endorsement for it and his widow is rightfully entitled to the honor.” The Washington Post blasted Parnell’s rationale. “Representation in Congress belongs to the people of the State,” the Post editors wrote. “Mrs. Caraway should have been given the appointment on her own merit and not on the basis of sentimentality or family claim upon the seat.”

The Hattie and Huey Tour

Party leaders assumed the widow had no intention of seeking a full term, but they were wrong. With the support of Huey Long, a powerful senator from Louisiana, Caraway was elected to the seat.  On May 9, 1932, Caraway declared her candidacy. “I pitched a coin and heads came [up] three times,” she noted in her diary. “I really want to try out my own theory of a woman running for office.” Competitors ridiculed her chances, but they underestimated the tenaciousness of the “little lady from Arkansas.” Among her many supporters was Louisiana senator Huey Long. In August 1932, the controversial Long joined Caraway for a week-long road trip—the Hattie and Huey Tour. “We’re here to pull a lot of pot-bellied politicians off a woman’s neck,” Long bellowed to appreciative crowds.

Based on estimates, the largest crowds ever to attend political gatherings showed up in Arkansas. Generally, rural people lined the roads to see Hattie and Huey as they went from town to town. If we have seen a figure similar to our current President, Huey Long may be the closest estimation. Hattie played a little more coy compared to her spit-fiery companion. But as they traveled, she began to mimic his style. But she played the schoolteacher – wanting to educate the public as to the workings of government. (Hattie and Huey : An Arkansas Tour by David Malone). Caraway easily won the election.

The Mixed History of Hattie Caraway

Unfortunately, Caraway did not have the best record on civil rights. When it came to women’s rights, her progressiveness won the day. She endorsed and voted for the Lucretia Mott Equal Rights Amendment in 1943. This measure came to the Senate on 11 prior occasions. She worked on it since 1937. She also fought against institutional sexism in the Senate. Her most famous quote: “I haven’t the heart to take a minute away from the men. The poor dears love it so.”

But as a southern Senator, race told a different story. She voted with the unified bloc of her southern colleagues. Caraway voted against the anti-lynching law of 1938 and, in 1942, joined other southern Senators in a filibuster to block a proposed bill that would have eliminated the poll tax. While she was opposed to lynchings, she was concerned this bill was designed to “destroy the South not only as a political entity but as a business threat.”

The End of Her Senate Term

In 1938, Arkansas reelected her without Huey Long, who had died. Caraway initially spoke so infrequently in the Senate that she became known as “Silent Hattie.” But as time went on, she emerged as a fiercely partisan supporter of New Deal legislation, seconding the nomination of President Franklin Roosevelt. On April 4, 1939, Caraway also voted to confirm the inspiration of this website, Justice William O. Douglas.

However,  by 1944, Caraway faced a tough field of Democratic primary challengers in her bid for renomination. Many felt her campaign was uninspired. She finished last among the four contenders. Instead, Arkansas elected J. William Fulbright, who served for three decades as one of the Senate’s most influential Members.

After failing to win renomination in 1944, President Franklin Delano Roosevelt appointed her to the Federal Employees Compensation Commission.