Joel Barlow, Feudalism, and The Hasty-Pudding 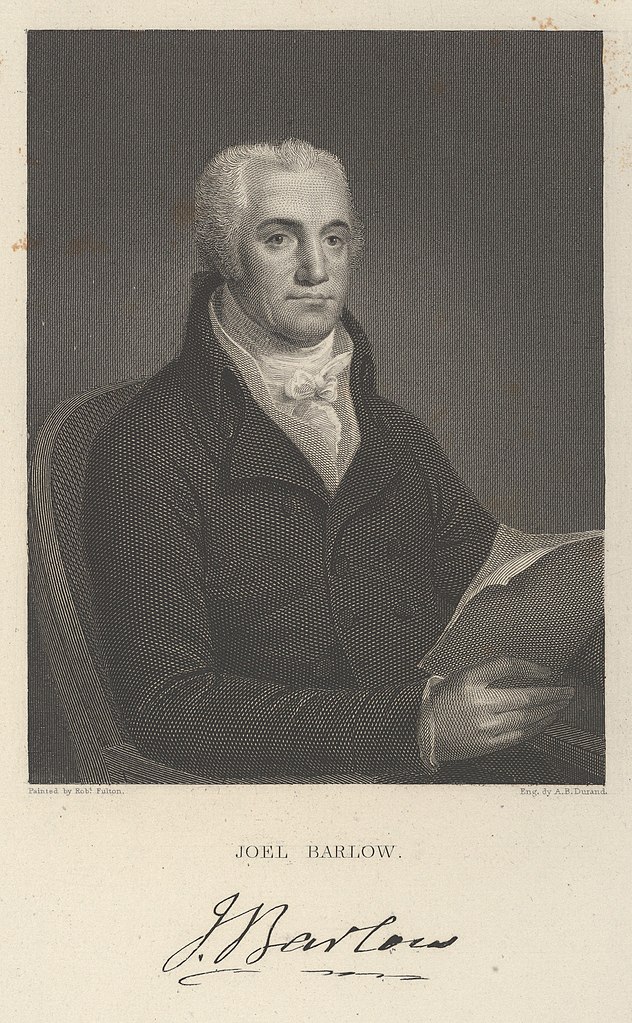 Justice Douglas never had to see a conservative party act the way the Republican Party does today. He saw conservatives, many who he most definitely hated, as potential inspiration. No one will ever look at Senator Mitch McConnell as inspiration unless they too are a nihilist. In An Almanac of Liberty, Justice Douglas wrote about Joel Barlow and his fears of how European feudalism eliminated liberty.

Douglas notes that Barlow experienced a feudal society when he visited Europe. Feudalism allowed a king or ruler to divvy out land and resources based on their order. Barlow saw rules where an established church kept order, a military dominated, and laws laid heavy hands on its people. He noticed in France that judicial offices were auctioned off by the king and the poor did not see equal justice. Barlow disliked the lack of liberty. Ironically, this quote seems off based on our government today:

In the United States of America, the science of liberty is universally understood, felt, and practiced, as much by the simple as the wise, the weak as the strong. Their deep rooted and inveterate habit of thinking is that all men are equal in their rights…This point once settled, every thing is settled. Many operations, which in Europe have been considered as…dangerous experiments, are but the infallible consequences of this great principle. The first of these operations is the business of election…There is no jealousy on the occasion, nothing lucrative in office; any man in society may attain to any place in the government…Banish the mysticism of inequality and you banish almost all of the evils attendant on human nature.

We currently live in a time where an election broke. Regardless of what you thought of the winner, something was wrong. Between power structures, Russia, Voter ID laws, and unliked candidates, the 2016 election failed. And that is not universally understood. Nothing is universally understood anymore. I did believe in the America Barlow described. Though it becomes harder every day.

Government secularists, like myself, know Barlow for one, single line in the Treaty of Tripoli. After the revolution, our ships lost the protection of the British empire. And so a set of pirates headquarted in Northern Africa began attacking and kidnapping Americans. Based on our lack of government and taxes, we could not do much about it. But after several years, we built up enough of a navy to end the hostility – where the Barbary leaders were aided by the British.

Once the British began to step away, the leaders decided that this battle did not help them. And the treaty gave all of the prisoners back to their homelands. In a portion of the treaty accepting the Barbary Pirates Muslim faith, Barlow noted:

Don’t ask Judge Roy Moore and the modern Republican Party about this document.

Part of this project has been to read documents about American history that passed me by. Outside of the name, this poem is one of those documents.

Corn exemplified America. And Barlow wrote about creating corn mash that symbolized the American culture and politics at our founding. Barlow, living in Europe and seeing the feudal system, yearned for his homeland. I found this passage powerful today:

May still be bad, indifferent, or good,

Or want of skill, or want of care presides.

I find the USA the same. I do believe we try our best to be the best. But we still act bad, indifferent, or good. Currently, I fear about the want of care. However, our leaders (and our civilians) all want “wins” , not care. And skill definitely has no power.