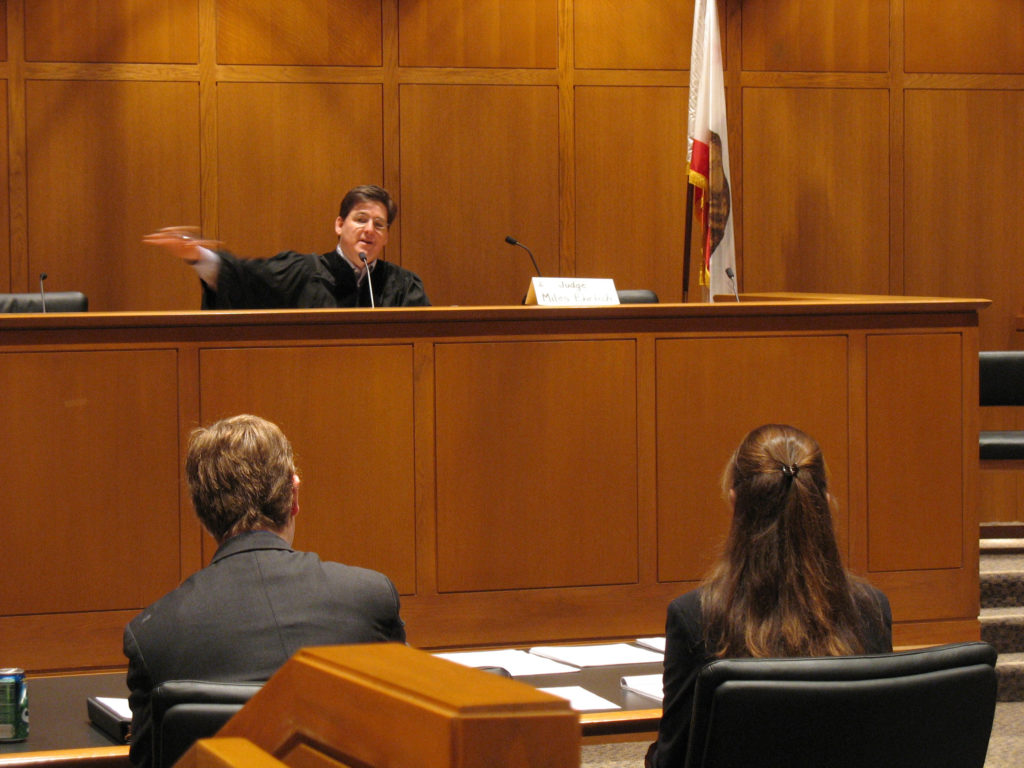 When we face a judge and jury, we assume that we get a fair trial. It’s paramount to the American system. And one way to ensure this has been a fair judiciary.

In United States v. Brandt, a circuit court judge wrote that a trial judge’s right to interrogate a witness was not unlimited.

[H]e nonetheless must remain the judge, impartial, judicious, and, above all, responsible for a courtroom atmosphere in which guilt or innocence may be soberly and fairly tested. Because of his proper power and influence it is obvious that the display of a fixed opinion as to the guilt of an accused limits the possibility of an uninhibited decision from a jury of laymen much less initiated in trial procedure than he. He must, therefore, be on continual guard that the authority of the bench be not exploited toward a conviction he may privately think deserved or even required by the evidence.

However, historically, judges did not act in this impartial manner.

Justice Douglas tells the story about Lord Chief Justice Holt who presided over a trial that sentenced Haagen Swendsen to death. Swendsen was charged with “spiriting off” Pleasant Rawlins for the purpose of marriage. They argued Rawlins was forced to marry him. But the parson and Swendsen argued she as a willing participant in the wedding.

The Chief Justice conducted most of the examiniations of the witnesses in front of the jury. He continued to use the word force in all of his questions to place the concept firmly in the jury’s mind. Since Swendsen would be found guilty if he used any force to wed Rawlins, Holt went outside of judicial conduct to sentence Swendsen to death.

In another case around the Popish Plot, William Ireland pleaded for time to call his witnesses. However Lord Chief Justice Scroggs implanted in the minds of the jury that the witnesses were heretics and would testify falsely.

The Supreme Court issued an unanimous opinion centered on the right to have an impartial judge. It surrounded a Prohibition Era case of alcohol possession.

Tumey was arrested and brought before Mayor Pugh, of the Village of North College Hill. Chared with unlawfully possessing intoxicating liquor, Tumey faced the court, judged by the Mayor. It almost looks like an episode of The Andy Griffith Show. However, he moved for his dismissal because of the disqualification of the Mayor to try him, under the Fourteenth Amendment. Mayor Pugh denied the motion and proceeded to the trial. The mayor convicted Tumey of unlawfully possessing intoxicating liquor within Hamilton County.

The mayor in the criminal trial was on salary and when he convicted Tumey, he got an additional fee. The Court held that this system denied a defendant due process of law. A judge’s self interest in a case may spoil a trial. “No matter what the evidence was against him, he had the right to have an impartial judge. ”

Yet, he got another chance. He appears to have broken those rules lined in the beginning: he failed to create a courtroom atmosphere. Yet, he maintains his job.

Each state has a commission similar to California. Read through Illinois’ summary for a good sense of the complains. Luckily, it does not seem like anyone has been put to death.