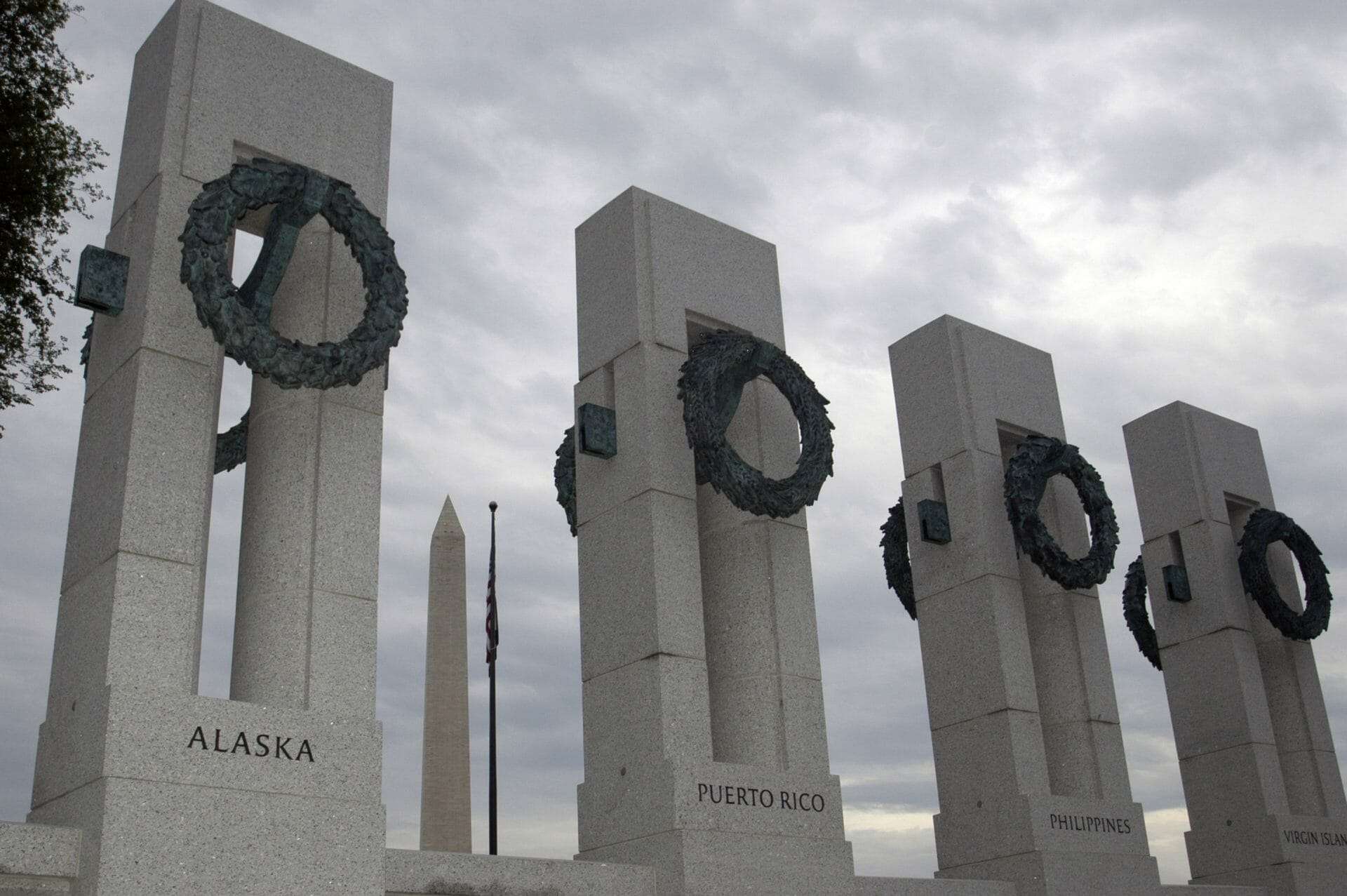 The word treason gets thrown around way too often. But what exactly does the Constitution consider treason?

Treason against the United States, shall consist only in levying War against them, or in adhering to their Enemies, giving them Aid and Comfort. No Person shall be convicted of Treason unless on the Testimony of two Witnesses to the same overt Act, or on Confession in open Court.

Overall, our Founding Fathers had fears of political prosecutions. And when you look at the reign of Charles II and the Popish Plot, you may understand why.

Justice Douglas notes a few treason trials. First, he noted that the Whisky Rebellion led to several convictions, but each was eventually pardoned. At the time of the writing of An Almanac of Liberty, Douglas found two dozen treason trials prosecuted by the federal government with no executions tied to them. I could not find any evidence of any after the writing of the book.

However, a major Supreme Court decision interpreted the Constitutional reading of treason.

In the midst of the World War II, the government charged an American citizen charged with having given aid and comfort to Germany in a time of war. The Court reversed his conviction. However, Justice Douglas wrote the dissent.

Justice Robert Jackson, writing for the majority laid out Cramer’s life. Anthony Cramer came to the United States in 1925 and from everything the Court saw acted like an American. However, he had a strong connection to his homeland: Germany. He openly opposed the participation of the United States in World War II and refused to work on war materials. He also feared being drafted but otherwise, no proof existed that he acted disloyally to the United States.

But an interesting set of facts led to his indictment. Cramer received a cryptic note under his door instructing him to go to Grand Central Station in New York. At that point Werner Thiel, who previously worked with Cramer but returned to Germany to fight for the Nazis. Cramer and Thiel spent time together. However, Cramer denied knowing that the main reason Thiel returned to the United States was to sabotage the American war effort. Cramer also worked to match Thiel up with Thiel’s former fiance. But after the second of these meetings, Thiel and his co-saboteur, who was present briefly at one meeting, were arrested. Shortly after, Cramer was arrested, tried, and found guilty.

The Court held that the crime of treason has two elements:

Additionally, the accused must have more than an intent to betray and the traitor must translate the intent into action. Each act must have two witnesses. The act of adherence must confer some actual, tangible benefit on the enemy.

The Court found none of that. There was no proof by two witnesses of what they said, or in what language they conversed;. No one could show that Cramer gave them any information whatever of value to their mission, or that he had any to give. No one could show any effort at secrecy because they met in public places. Lastly, no evidence existed that Cramer furnished them shelter, sustenance, or supplies. He also did not give them encouragement or counsel. In fact, he didn’t even pay for their drinks.

In his opinion, historical interpretation played a major role. Basically, the Court did not want a treason charge to come lightly. And they based that on the debates of the Founders. Jackson argued that in crafting the treason provisions, the framers wanted to protect people from an authority repressing peaceful political opposition and convicting innocents as a result of passion.

However, Justice Douglas, with three colleagues saw it a bit difference. And he doesn’t note any of this in An Almanac of Liberty.

Overall, Douglas writes that the Court went into facts that were not before the Court and interpreted the Founders in an untenable fashion. Douglas tells Cramer’s story a bit different.

According to the dissent, Cramer knew Thiel very well and knew his proclivities for the Nazi Party. Cramer continued to correspond with Thiel when Thiel went to Germany and wrote about his support of the Germans. Douglas basically says that Cramer was not nearly as naive as he paints himself off to be. He knew that Germans could not freely come into the United States. He asked how Thiel got here and did not ask follow-ups when Thiel disregarded the question. Douglas writes that the facts show a Cramer who knew more about what was happening than he pretended.

Douglas then discusses the essential elements of the crime of treason. The government needed to show that Cramer (1) had treasonable intent and (2) gave aid and comfort to the enemy.

“Cramer had a traitorous intent if he knew or believed that Thiel and Kerling were enemies and were working here in the interests of the German Reich.” All that needed to be shown was that the act could be established beyond a reasonable doubt that it was part of the treasonable project and done in furtherance of it.

For Cramer claims he believed the enemy agent’s objective was to destroy national morale by propaganda, and not to blow up war factories. Propaganda designed to cause disunity among adversaries is one of the older weapons known to warfare and, upon occasion, one of the most effective. No one can read this record without concluding that the defendant Cramer knew this. He is an intelligent, if misguided, man. He has a quick wit sharpened by considerable learning of its kind.

[Cramer] is widely read, and a student of history and philosophy, particularly Ranke and Nietzsche. He had been an officer of a pro-German organization, and his closest associate had been a zealous Nazi. He also had listened to German propagandists over the short wave. But, in any event, it is immaterial whether Cramer was acquainted with the efficacy of propaganda in modern warfare. Undoubtedly he knew that the German Government thought it efficacious. When he was shown consciously and voluntarily to have assisted this enemy program, his traitorous intent was then and there sufficiently proved.

Aid and Comfort to the Enemy

Although Douglas noted that Cramer met Thiel the first time without knowledge. He met with him again and again. Cramer then agreed to hide Thiel’s money. Additionally, he agreed to contact his former fiance. He knew that Thiel did not want his presence in New York known. And Douglas states each of these constitutes an act to aid Thiel.

Also, though Cramer did not know exactly what the plans were, he believed that Thiel was here on a secret mission for the German Reich with the object of injuring this nation. Lastly, he made all of these statements in open court.

In the end,  Douglas claimed that acts, though innocent by nature, may serve a treasonous plan.

In a recent law review article, Paul T. Crane investigated the background to the Cramer case and if the opinion kills a treason charge.

On October 11, 2006, the federal government indicted Adam Gadahn, also known “Azzam the American,” on charges of treason. The indictment alleged that Gadahn, an American citizen, “knowingly adhered to an enemy of the United States, namely, al-Qaeda, and gave al-Qaeda aid and comfort, within the United States and elsewhere, with intent to betray the United States.” The evidence included several videotapes produced by al_Qaeda where he issued his support. However, Gadahn was not in United States custody at the time. But as Crane notes, the indictment marked the first time in over fifty years that the U.S. charged someone with treason. Not just Twitter treason either.

But in the end, no trial occurred as a drone strike killed Gadahn in 2015.

The law review article by Paul T. Crane paints an amazing portrait of how the Supreme Court debated and wrote up the opinions of this case that most people have never heard of. It goes into all of the politics and rationales. But at the end of the day, this blog centers on the writings of Justice Douglas. And I’ll be blunt – this opinion strikes me as a little odd. Douglas generally stands for the fact that people should have freedom to say and associate as they please. He stood up for many different minority groups, including Communists. Douglas spent a lot of time thinking about the case of the Rosenbergs. So how did he find the actions of this German man who seemed to stumble into a treasonous plot?

Crane writes that in a previous decision (Dennis v. United States), the Court affirmed the conviction of eleven Communist Party leaders were convicted of advocating the violent overthrow of the US government and for the violation of several points of the Smith Act. The Smith Act prohibited individuals from advocating the overthrow of the government by force. Justice Douglas dissented because he was troubled by the lack of an overt act requirement in the Smith Act. Douglas compared the Smith Act to treason and pointed out that treason required overt acts and an evolution of a plot. In other words, it needed more than intent – it needed that act. With Cramer, he just wanted that clarity.