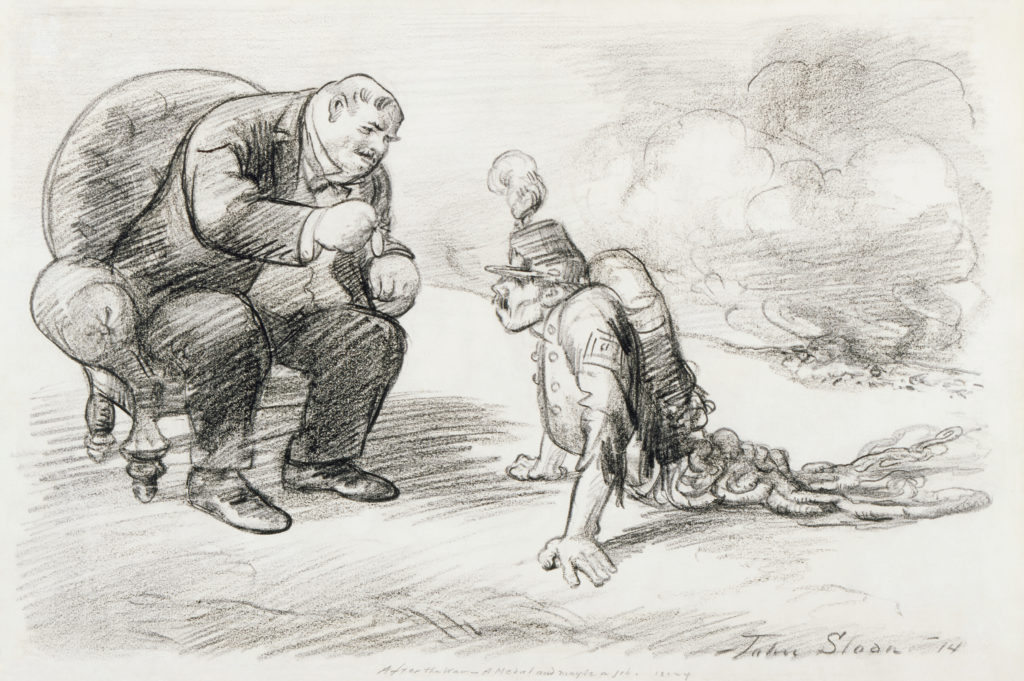 Born in Canada, Douglas C. Macintosh went to the University of Chicago and then studied theology at Yale. During World War I, he served as a chaplain in the Canadian Army. But in the 1920s, he sought naturalization in the United States. However, they denied the application upon the ground that, since he would not promise in advance to bear arms in defense of the United States unless he believed the war to be morally justified, he was not attached to the principles of the Constitution.

The last portion may seem extensive, but the Court laid our a rationale. The government needed to determine

That last component was what the Supreme Court held its hat on.

[Douglas C. Macintosh] then proceeded to say that he would answer question 22 in the affirmative only on the understanding that he would have to believe that the war was morally justified before he would take up arms in it or give it his moral support. He was ready to give to the United States all the allegiance he ever had given or ever could give to any country, but he could not put allegiance to the government of any country before allegiance to the will of God.

At Times of War

And the Court then expanded on what a state of war would entail. In addition to not allowing Douglas C. Macintosh to have the opinion to judge the righteousness of a war, the country could curtail many rights.

To the end that war may not result in defeat, freedom of speech may, by act of Congress, be curtailed or denied so that the morale of the people and the spirit of the army may not be broken by seditious utterances; freedom of the press curtailed to preserve our military plans and movements from the knowledge of the enemy; deserters and spies put to death without indictment or trial by jury; ships and supplies requisitioned; property of alien enemies, theretofore under the protection of the Constitution, seized without process and converted to the public use without compensation and without due process of law in the ordinary sense of that term; prices of food and other necessities of life fixed or regulated; railways taken over and operated by the government, and other drastic powers, wholly inadmissible in time of peace, exercised to meet the emergencies of war.

Not the country I would want to live in, but for these five Supreme Court justices, it all made sense. 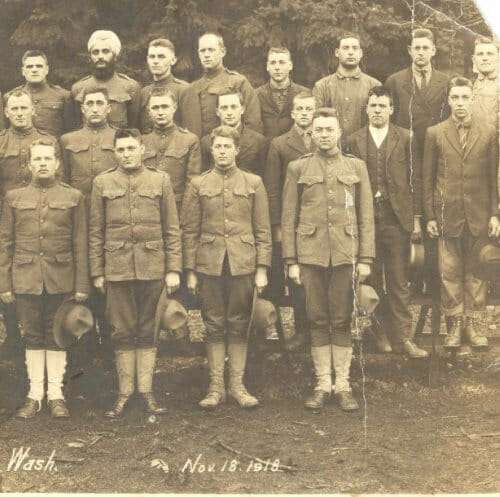 Additionally, the Court attacked the concept of a conscientious objector.

The conscientious objector is relieved from the obligation to bear arms in obedience to no constitutional provision, express or implied, but because, and only because, it has accorded with the policy of Congress thus to relieve him.

Congress gives the right to native-born Americans to conscientiously object, but it can set the bar for naturalized citizens. If Douglas C. Macintosh questions if he can support the government, the government has the right to determine if it wants to support his position as a citizen.

Although Macintosh asserted that his decision centered on his allegiance to the will of God, on May 25, 1931, the Supreme Court upheld the denial of his citizenship.

But, also, we are a nation with the duty to survive; a nation whose Constitution contemplates war as well as peace; whose government must go forward upon the assumption, and safely can proceed upon no other, that unqualified allegiance to the nation and submission and obedience to the laws of the land, as well those made for war as those made for peace, are not inconsistent with the will of God.

Joined by Justices Louis Brandeis, Oliver Wendall Holmes, Harlan Stone, Chief Justice Charles Evan Hughes rejected that a religious test was established. He argued that the Congress did not give opposition to war as a reason to deny naturalization. Additionally, they found that religious liberty has been paramount to the American experiment. Hughes speaks of a larger sense to the defense of our Constitution. He argues that it includes more than bearing arms.  He notes that defense of our country can include work done by engineers, nurses, doctors, and chaplains, which Macintosh was.

Lastly, they found a long history of conscientious objectors throughout the United States. Many leaders held this same position. No law stopped them from becoming citizens. The dissenters argued that if an elected figure could have beliefs of a conscientious objector, we should allow naturalized citizens since Congress has not legislated on that issue. “The essence of religion is belief in a relation to God involving duties superior to those arising from any human relation.”

Fifteen years later, the Court revisited this opinion. Writing for the majority, Justice William O. Douglas overruled Macintosh. In 1943, another Canadian sought naturalization as a US citizen. To the question in the application “If necessary, are you willing to take up arms in defense of this country?” he replied, “No (Non-combatant) Seventh Day Adventist.”

15 years later, the Supreme Court held with the dissenters. “The bearing of arms, important as it is, is not the only way in which our institutions may be supported and defended, even in times of great peril.” Congress failed to state that they set a structure standard for aliens seeking citizenship than it did for other officials. And so, the Supreme Court held that that higher standard should not be set.

But Congress Had Its Chance to Change It!

The dissenters argued that Congress had its chance after the previous rulings to put into law this holding, but it always died in committee. Douglas did not care. And I love this passage.

It is, at best, treacherous to find in Congressional silence alone the adoption of a controlling rule of law. We do not think, under the circumstances of this legislative history, that we can properly place on the shoulders of Congress the burden of the Court’s own error. … It contains no affirmative recognition of the rule of the Schwimmer, Macintosh, and Bland cases. The silence of Congress and its inaction are as consistent with a desire to leave the problem fluid as they are with an adoption by silence of the rule of those cases.

But for us it is enough to say that, since the date of those cases, Congress never acted affirmatively on this question but once, and that was in 1942. At that time, as we have noted, Congress specifically granted naturalization privileges to noncombatants who, like petitioner, were prevented from bearing arms by their religious scruples. That was affirmative recognition that one could be attached to the principles of our government and could support and defend it even though his religious convictions prevented him from bearing arms. And, as we have said, we cannot believe that the oath was designed to exact something more from one person than from another. Thus, the affirmative action taken by Congress in 1942 negatives any inference that otherwise might be drawn from its silence when it reenacted the oath in 1940.

In other words, Congress may not have changed the oath, but it just seems wrong. It’s one of the things I love most about Justice Douglas – it’s about right versus wrong.

I believe strongly that one can serve the United States in many ways. I also believe that conscientious objection has become a foundational American concept. We stand strongly that anyone can believe what they want and as long as it does not injure anyone else, that freedom shall not be infringed. Since the writing of these cases, the military has become purely voluntary. Although objection can still exist, without a draft, many would object, never need to. But I believe because of this, we need to begin to recognize the Americanness of other professions. We honor our veterans on multiple days over the course of the year. We honor them bravely with monuments and parades. And slowly, we have begun to build a better veteran’s system to ensure they come home to a good home.

Yet, we fail to recognize the millions of Americans who find ways to serve their country otherwise. In addition to nurses and doctors and chaplains, we have teachers, police officers, firefighters, and public officials who could do many other things with their lives. We have volunteer programs to help the needy, feed the poor, and protect the innocent. America is not based on war – it is based on a concept of liberty and freedom. We do not need to only recognize that bullets secure that freedom. Our culture secures that freedom because the world sees America through movie and music.

Douglas C. Macintosh made a choice to become an American. And we must reward that. To make that decision and stand before the flag takes bravery. An Almanac of Liberty stands for that proposition. Weapons of war alone do not define this great nation. Let us remember all Americans who stand for truth, justice, and liberty. Maybe that should be a component of Memorial Day weekend thanks to the efforts of Douglas C. Macintosh.