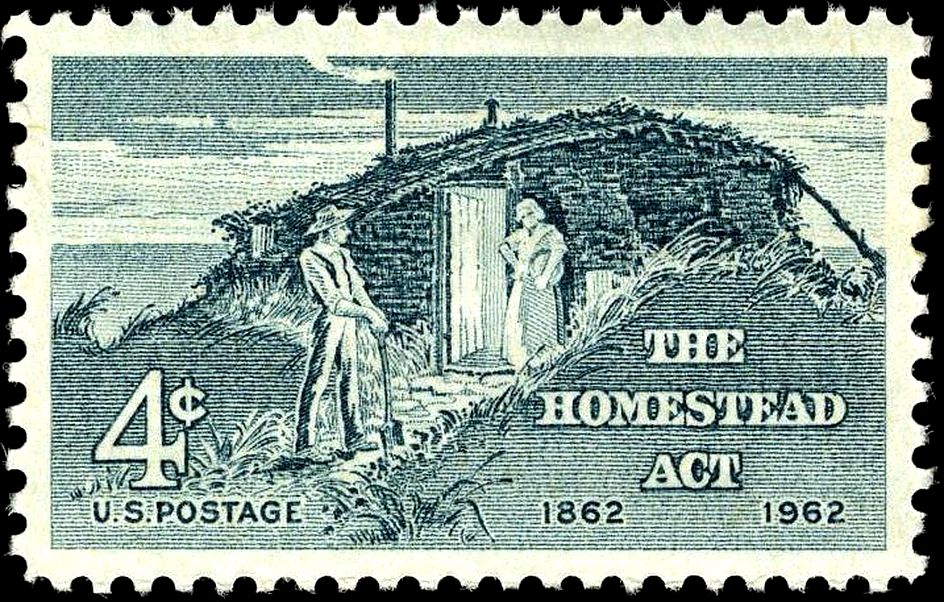 My Country – The Homestead Act

In May 1862, President Lincoln signed a law that changed the basic American land policy. The Homestead Act opened up settlement in the western United States. Any American, including freed slaves, could  put in for a claim for up to 160 free acres of federal land. Eventually, 1.6 million individual claims would be approved; nearly ten percent of all government held property for a total of 420,000 square miles of territory. Previously, settlers purchased public lands or received land for military service.

The Free-Soil Party sponsored free land in 1848. With former President Martin Van Buren leading the ticket, the party ran on a platform that declared: “…we inscribe on our banner, ‘Free Soil, Free Speech, Free Labor and Free Men,’ and under it we will fight on and fight ever, until a triumphant victory shall reward our exertions.”

In 1852, Free-Soil Democrats proclaimed public lands as a sacred trust. They argued that in limited quantities, landless settlers deserved land free of cost.

In August 1854 an alliance was brokered at Ottawa, Illinois between the Free Soil Party and the Whigs gave rise to the new Republican Party which had been founded in March of that year.

Some call the Homestead Act a cynical wartime measure. One of the delays in getting a free homestead law was slavery. Slavery could not exist without the large plantation system. Free homesteads would create a system of small farms. Additionally, the smaller lands would limit and curtail the extension of slavery.

But without the Southern states, Republicans could create the system they now supported and win the support of the Free-Soilers. 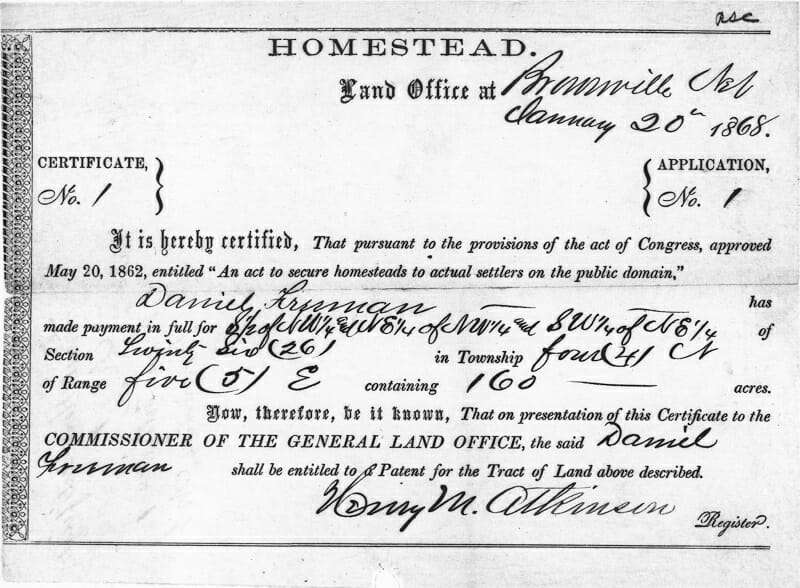 Settlers now had the right to acquire farms of 160 acres free of all charges but a filing fee. However, they needed to live on the homestead of at least five years before getting title to the land.

However, the law did not provide the new beginning for all. Few urban-dwelling families had the resources to start farming. The grants gave new opportunities to many impoverished farmers , but much of the land granted under the Homestead Act fell quickly into the hands of speculators. Additionally, as the industrial revolution took over, many of the smaller farms quickly got replaced with a smaller number of much larger farms.

As we move closer to the center of the 21st century, we don’t have the land that 19th century America had. In fact, we may not even have the jobs. 57% of all jobs are at risk of automation. And economists and politicians worldwide have discussed solutions. The focus remains around a universal basic income.

Regardless of how much you work or what you do, the government would give you a sum of money. The average proposal hovers around $10,000 per year per person. And we currently have an example in the United States. Alaska, since 1982, has a permanent fund dividend it pays out to its residents. In 2016, it paid out $1,022 per person.

As we move into an automated world, how will we interact and earn money? Will the government need to provide opportunities for its citizens like it did with the Homestead Acts? Even if speculators and corruption took hold with the homesteads, what can we learn as we need to develop a 21st century plan?