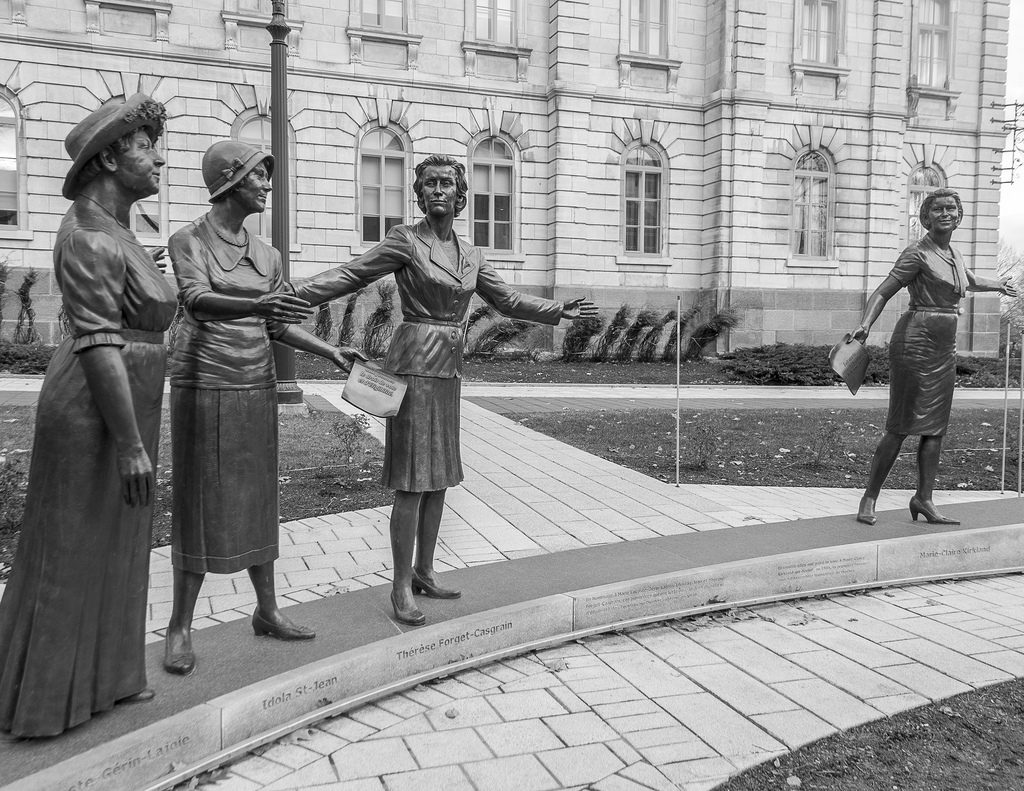 In 1905, the Lochner decision struck down a New York law limiting the employment of men in bakeries to ten hours a day or sixty hours a week. It argued that it deprived the employer of property without due process in law in violation of the Fourteenth Amendment. The employer has the libnerty of contract taken away.

However, in 1908, the Supreme Court had a different view for women working in a laundry.

Oregon enacted a law  that established a 10-hour workday for women in any mechanical establishment, factory, or laundry. A laundry, however, required a women to work a longer day and had to pay a $10 fine. Although the Court noted the rule set up in Lochner, but stated that women were different. The Court said that, “her physical structure and a property discharge of her maternal functions- having in view not merely her own health, but the well-being of the race-justify legislation to protect her from the greed as well as the passion of men.” An incredibly strange women’s right argument by today’s standards.

Unfortunately, even today, many of these arguments are used to note why women should earn less money.

Although the women’s rights bona-fides of this case could easily be questioned, the importance of this case became a legal brief. Louis Brandeis (future Justice we’ve mentioned before) crafted a 113 page brief with only two pages of legal arguments. The rest included history, foreign law, scientific data, and expert opinions. In other words, everything strict constructionists hate.

Justice Ruth Bader Ginsburg said, “Josephine Goldmark, aided by her sister Pauline and several volunteer researchers, scoured the Columbia University and New York Public Libraries in search of materials of the kind Brandeis wanted — facts and figures on dangers to women’s health, safety, and morals from working excessive hours, and on the societal benefits shortened hours could yield. Data was extracted from reports of factory inspectors, physicians, trade unions, economists, and social workers. Within a month, Goldmark’s team compiled information that filled 98 of the 113 pages in Brandeis’ brief.”

Brandeis knew that to win the argument, he had to use a hole in the Lochner decision. The whole became apparent because they allowed a state to pass protective legislation. But the stat had to show it directly addressed the health and safety of its citizens. Josephine and Pauline researched everything to demonstrate that.

And courts, under Justice Oliver Wendell Holmes, began to take social changes into account. “Brandeis, like Holmes, believed that in the great common-law tradition, the exploration of an issue and the understanding of all the facts that surround would lead to the law accomodating itself to change.” (Louis Brandeis: A Life, Melvin I. Urofsky, 217)

The Court unanimously upheld the statute. And although women’s rights may not have been central to the argument in a positive way, this approach to jurisprudence continues to affect more Americans lives than this case.