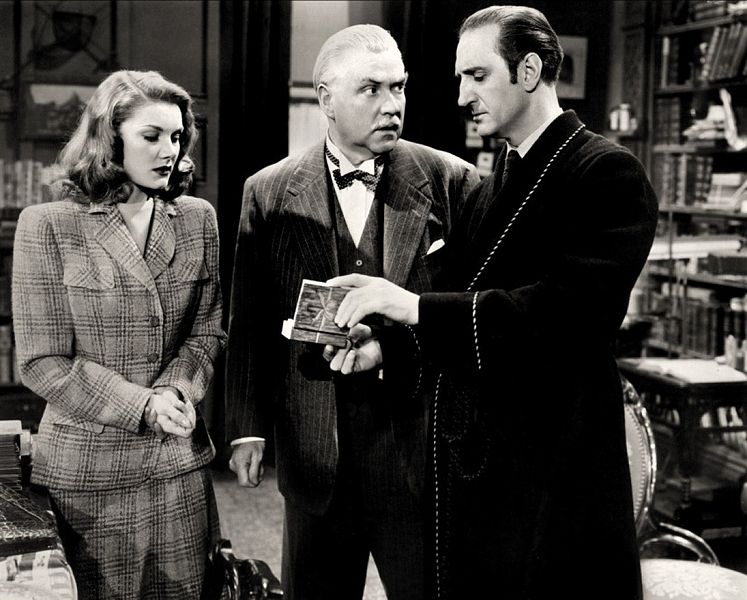 My Country – The Captive

Justice Douglas begins today’s entry in An Almanac of Liberty by stating that censorship in 1950s America was more subtle than English censorship. I will note that this has not changed based on the case of “Almost, Maine.” As we noted homosexuality caused a North Carolina school to halt a production. The same thing happened in 1926 on Broadway. Despite a heralded run, the show closed when New York police arrested its case. The crime: immorality.

What is The Captive?

French playwright, Édouard Bourdet, wrote a play in 1926 about a psychologically tortured woman. The Captive centered on Irène, a lesbian in love with Madame d’Aiguines, but engaged to Jacques. Irène attempts to leave her lover and marry Jacques but returns to the relationship. On her return, she says that the relationship is “a prison to which I must return captive, despite myself.” The character of Madame d’Aiguines never appears on the stage. Violets left on stage symbolized her love. The love for Madame ruins her marriage.

Critics loved the play. And so did audiences. But after seventeen weeks, politicians decided to make a point and close down the play with others on Broadway. They arrested the cast of The Captive. They also arrested members of a play called “Sex” about a prostitute’s revenge on the woman who sent her to jail and “The Virgin Man,” a story of an innocent Yale man encountering temptation in New York.

Two of the cast of The Captive were Basil Rathbone (who became synonymous as Sherlock Holmes) and Helen Mencken. They played the husband, Jacques, and wife, Irène.

At the end of the play, police ordered the cast to dress. Then they led them to their police cars for night court. They released the cast on bail and ordered to appear in court. The charges were withdrawn on the condition that the The Captive not be produced until some court decided it was not in violation of the law.

Rathbone reflected on the play in his autobiography In and Out of Character.

The play was produced without any preproduction publicity with Helen Menken as Irene and myself as Jacques. Of course there were rumors as to what it was all about since a limited number of Americans had seen the play in Paris, but our first night audience was completely ignorant of its theme. They were stunned by its power and the persuasiveness of its argument. We were an immediate success and for seventeen weeks we played to standing room only at every performance. At no time was it ever suggested that we were salacious or sordid or seeking sensation.

He noted that the night of his arrest, more people were outside than normal. More policeman too.

Rathbone called the closing of the play

hideous betrayal, this most infamous example of the imposition of political censorship on a democratic society ever known in the history of responsible creative theater; this cold-blooded unscrupulous sabotage of an important contemporary work of art; this cheap political expedient to gain votes by humiliating and despoiling the right of public opinion to express itself and act upon its considered judgment as respected and respectable citizens.

Of course, Rathbone’s career continued to flourish as he became Sherlock Holmes. But Helen Menken did not have such luck. This arrest contributed to Menken’s lack of a film career. It may have also led to her divorce from Humphrey Bogart.

Much of the censorship cases in the Supreme Court came after this book. The two central issues are prior restraints, which is government telling someone they cannot say something, and obscenity law, which means something that should not be shown or said because it will offend. As we move past the book into other arenas in the coming months, these two areas continue to cause stirs. And the Supreme Court and our politics always stick their nose in the middle. Since courts admitted Ulysses onto our shores, people have fought to keep books out of our hands, movies off of our screens, and music out of our ears. How that fits into liberty remains an important issue. As Rathbone complained, politics like to try to gain votes by humiliating artists and a democratic society needs protection from this censorship.