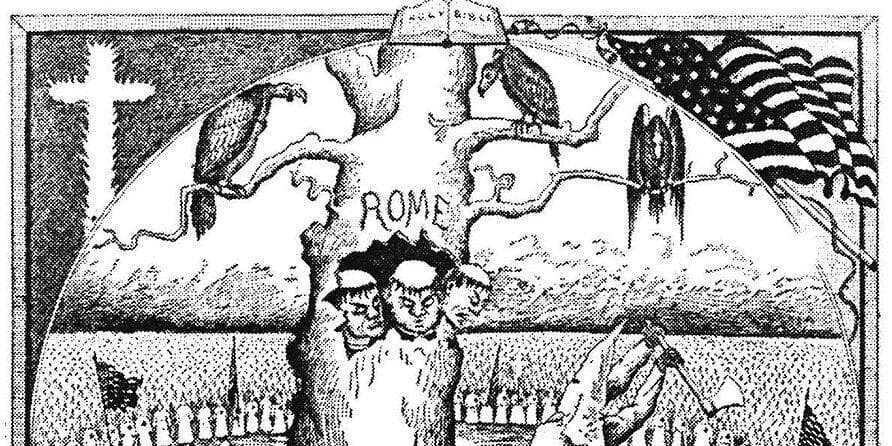 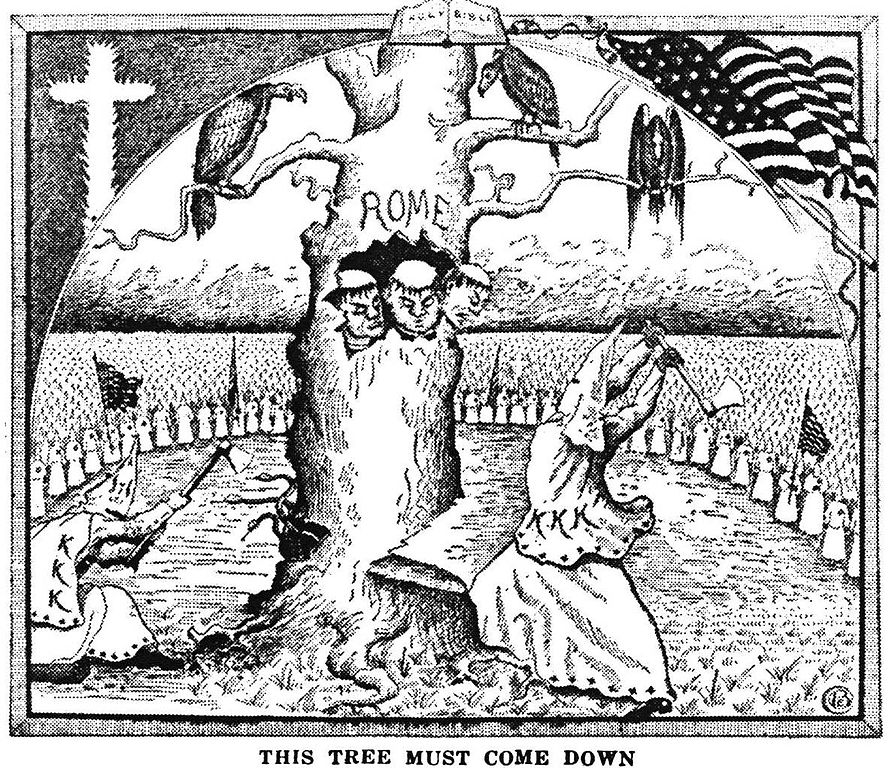 On April 24, 1929, Senator William Borah of Idaho responded to Senator Tom Heflin’s campaign against Catholics. Senator Heflin had brought a resolution to the floor of the senate. It asked Senators to vote “whether they are for the American Government or for the Roman Catholic Church.” He stated that “Romanism” and “Americanism” were in a deadly conflict for the country.

In 1928, Governor Al Smith of New York ran for President against Herbert Hoover. Smith was a four term governor who created what would become a precursor for the New Deal in New York. But he had one major problem. He was a Roman Catholic. Opponents claimed that the new Holland Tunnel connected New York with Rome. Additionally, a minister the largest Baptist congregation in Oklahoma City announced, “If you vote for Al Smith you’re voting against Christ and you’ll all be damned.”

The Ku Klux Klan also mounted a campaign against Smith. In the 1920s, it sponsored a questionnaire with the following questions:

The Klan targeted Jews and Catholics with their questions. And they helped defeat Smith.

Hoover got 58.2%of the votes. Smith received only 40.8%. Even worse was the Electoral College, Hoover win 40 of the 48 states. The Roman Catholic candidate lost every western state. Every Midwestern industrial state, even liberal ones like Wisconsin, while the solid Democratic South split over him. Smith also lost New York. 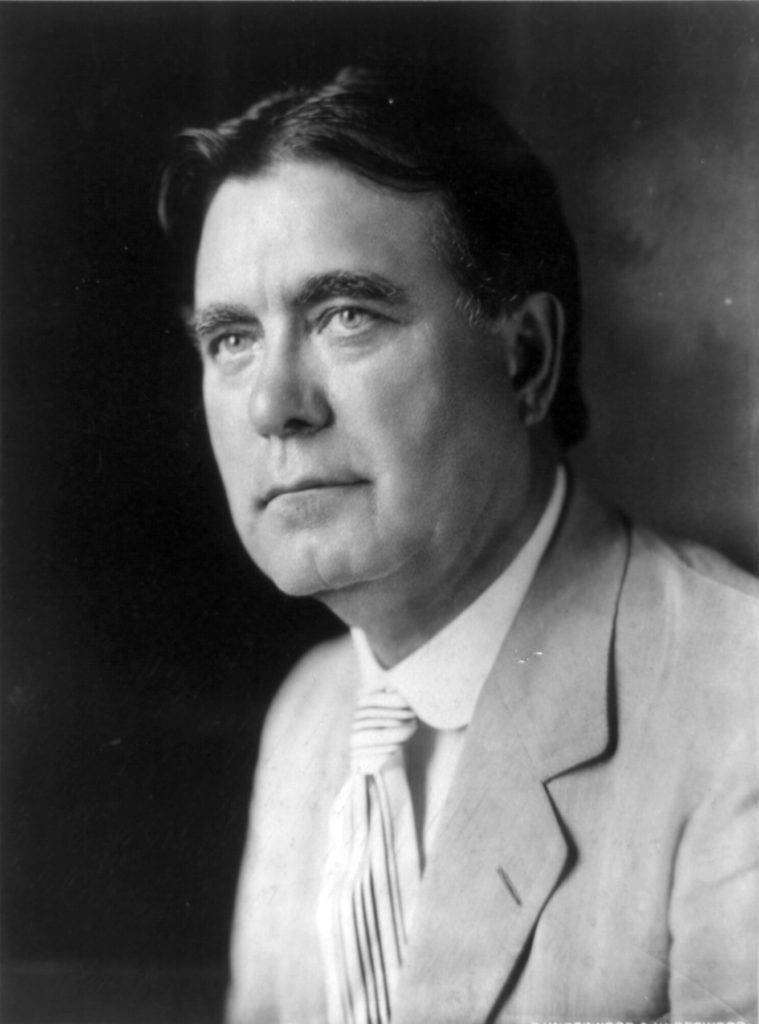 Elected as a progressive Republican, Borah began to make his name as a Senator as an opponent to Woodrow Wilson. Borah became known as the “Great Opposer,” who fought special interests and fought foreign interventions. As an isoliationist, he stood strongly opposed to President Wilson’s actions during World War I.

He opposed the Treaty of Versailles and the League of Nations. While Wilson worked with Europe Borah addressed crowds in opposition. “America has arisen to a position where she is respected and admired by the entire world,” he informed a Brooklyn audience. “She did it by minding her own business .. . the European and American systems do not agree.”

When Congress began to close and debate the League of Nations, Borah gave what many consider one of the great speeches of the Senate.

“Call us little Americans if you will,” he urged, “but leave us the consolation and the pride which the term American, however modified, still imparts. . . . If we have erred we have erred out of too much love for those things which from childhood you and we together were taught to revere .. . because we have placed too high an estimate upon the wisdom of Washington and Jefferson, too exalted an opinion upon the patriotism of the sainted Lincoln.”

The treaty never passed the Senate.

But Borah added another great speech to the Senate. In response to the anti-Roman Catholic resolution from Senator Heflin, Borah did not want the Senate to endorse these beliefs. “It is not enough that we merely refrain from passing laws which work intolerance, but in our social life, in our political life, we are to heed the spirit which is incorporated in the Constitution. There, too, intolerance should be banished.”

Borah then traced religious tolerance to the Founding Fathers. “We today enjoy many rights and privileges for which we of this day and generation have made no sacrifices, suffered nothing. It is very difficult for us to understand there was a time not very long ago when the innocent children of a man’s brain might become unwilling witnesses to his death. But nothing dies so hard and rallies so often as the spirit of intolerance, and the vices and passions which it summons to its support are the most ruthless and the most persistent that are harbored in the human heart.”

Borah sought proof of unAmerican activities from Catholics. He noted that any church on earth would have a few individuals who announced doctrines that the Senate may disagree with. But he believed a great number of Catholic people stand for the Constitution of the United States. 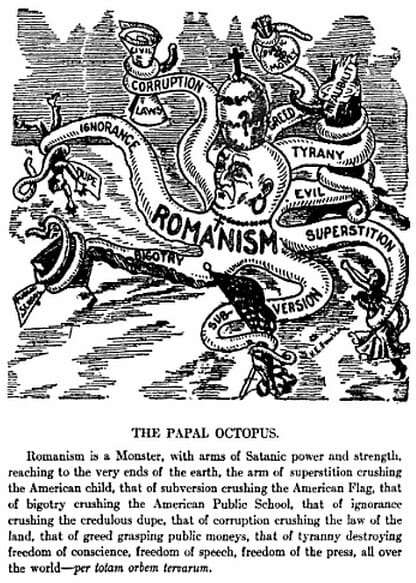 The words of Senator Heflin sound a lot like the rhetoric we hear today about Muslims. Michael Flynn said, “I don’t believe all cultures are morally equivalent, and I think the West, and especially America, is far more civilized, far more ethical and moral, than the system our main enemies want to impose on us.”

“Not all the world’s 1.6 billion Muslims are extremists or terrorists. Not by a long shot,” wrote K.T. McFarland. “But even if just 10 percent of 1 percent are radicalized, that’s a staggering 1.6 million people bent on destroying Western civilization and the values we hold dear. The fascists wanted to control the world. So did the communists. But the Islamists want to brutally kill a significant percentage of the world—and that is anyone standing in the way of their end-times caliphate.”

Although both Flynn and McFarland have diminished roles, their ideologies continue. More than half of Americans say they have unfavorable views of Islam. Six in ten don’t want to learn more about the faith.

We do not have polls about anti-Catholicism. But we do have stories of Roman Catholic bigotry. Rev. E. R. Stephenson, a Southern Methodist Episcopal minister, fatally shot Father James Coyle on his rectory porch in Alabama. Coyle had performed a wedding between Stephenson’s daughter, Ruth, and Pedro Gussman, a Puerto Rican immigrant. Several months before the wedding, Ruth had enraged her father by converting to Roman Catholicism. Ironically, Hugo Black, the future Justice of the Supreme Court, defended Stephenson.