Separation of Church and State, Everson, and Engel v. Vitale 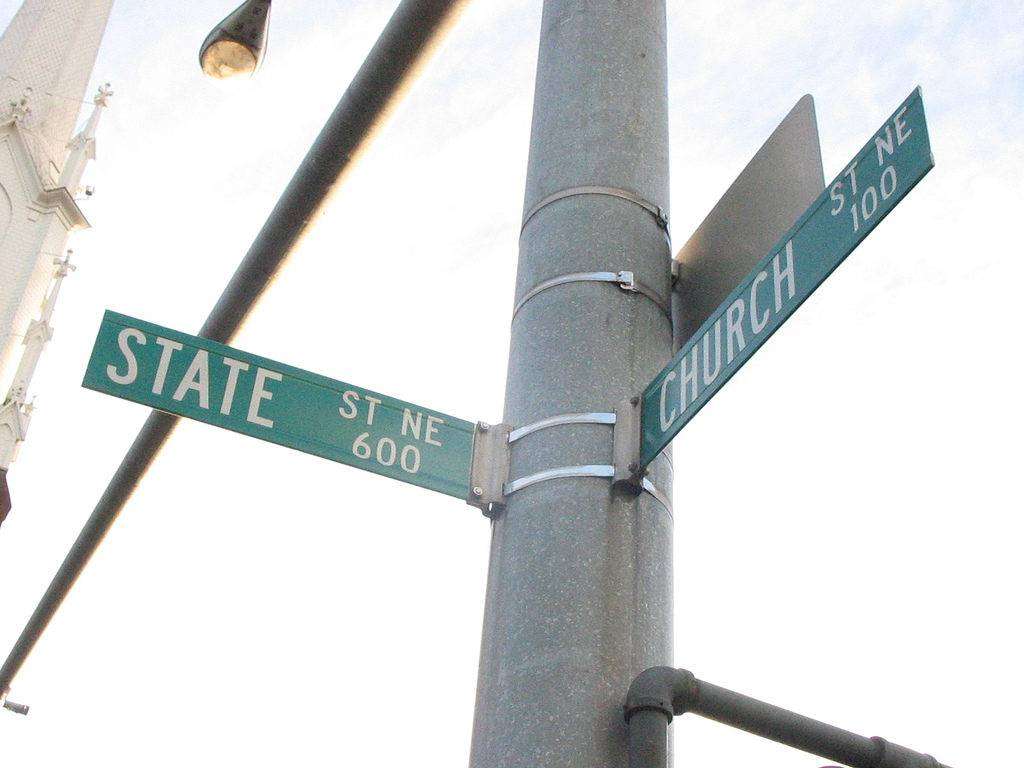 My Country – Separation of Church and State

As mentioned in the conversation on the Bible in school, Justice Potter Stewart examined lots of different recent Supreme Court decisions. Unlike Justice Stewart, Justice Douglas drew a hard line. He wanted a high and strong wall between church and state – especially in regards to education.

Previously, Justice Black’s opinion in Everson demonstrated the “wall.” But the facts of the case are interesting. A school board in New Jersey reimbursed parents for money they spent on transportation of their children to school. This included parents who sent their children to Catholic schools. A taxpayer challenged this reimbursement as levying a tax in support of religious activities.

The taxpayer made two arguments. First, he alleged that to tax the property of some for benefit others violated the due process clause of the Fourteenth Amendment. Second, he argued that the the law forced inhabitants to pay taxes to support schools dedicated to the Catholic faith in violation of the First Amendment.

In writing for the majority, Justice Black noted that the Court only struck down state statutes on grounds that the taxes did not get expended for public purposes in rare instances. The legislation served a public purpose because it enhanced the public good by reimbursing needy parents to ensure their children got to school safely. The reimbursement was available to all students.

Justice Black, like in most of these cases, begin by exploring the history behind the separation of church and state. He also notes that the Court has been down this road many times recently. “The meaning and scope of the First Amendment, preventing establishment of religion or prohibiting the free exercise thereof, in the light of its history and the evils it was designed forever to suppress, have been several times elaborated by the decisions of this Court prior to the application of the First Amendment to the states by the Fourteenth.”

He reiterates the instances of violation of the Establishment Clause from Reynolds.

[N]either a state nor the Federal Government can set up a church. Neither can pass laws which aid one religion, aid all religions, or prefer one religion over another. Neither can force nor influence a person to go to or to remain away from church against his will or force him to profess a belief or disbelief in any religion. No person can be punished for entertaining or professing religious beliefs or disbeliefs, for church attendance or non-attendance. No tax in any amount, large or small, can be levied to support any religious activities or institutions, whatever they may be called, or whatever form they may adopt to teach or practice religion. Neither a state nor the Federal Government can, openly or secretly, participate in the affairs of any religious organizations or groups, and vice versa.

In the words of Jefferson, the clause against establishment of religion by law was intended to erect ‘a wall of separation between church and State.’

However, in this instance, the Court held that this was not unconstitutional. They argued that this was no more forbidden than the furnishing of police and fire protection to all schools or requiring local transit companies carry school children at reduced rates.

“The First Amendment has erected a wall between church and state. That wall must be kept high and impregnable. We could not approve the slightest breach. New Jersey has not breached it here.”

Justice Douglas voted in the majority in this case. But over time, he moved past this opinion and built the higher wall that became Zorach.

Rutledge stood for an incredibly high wall between church and state. He wrote that any law respecting an establishment of religion violated the First Amendment. His basis focused on the writings of James Madison and Thomas Jefferson. Specifically, he focused on their work on the Bill for Establishing Religious Freedom. Although they failed in Virginia, Rutledge argued that Madison brought these ideas to the Constitutional Convention.

In regards to the New Jersey law, Rutleged asserted that Madison and Jefferson feared this type of law. Parents pay money to send their children to parochial schools and funds raised by taxation reimburse them. The system helps get the children to school but also allows parents to send them there for religious training and teaching.

Rutledge concluded with a test that spoke to Justice Douglas years later.

The reasons underlying the Amendment’s policy have not vanished with time or diminished in force. Now as when it was adopted, the price of religious freedom is double. It is that the church and religion shall live both within and upon that freedom. There cannot be freedom of religion, safeguarded by the state, and intervention by the church or its agencies in the state’s domain or dependency on its largesse. The great condition of religious liberty is that it be maintained free from sustenance, as also from other interferences, by the state. For when it comes to rest upon that secular foundation, it vanishes with the resting.

Public money devoted to payment of religious costs, educational or other, brings the quest for more. It brings, too, the struggle of sect against sect for the larger share, or for any. Here, one by numbers alone will benefit most; there, another. That is precisely the history of societies which have had an established religion and dissident groups. It is the very thing Jefferson and Madison experienced and sought to guard against, whether in its blunt or in its more screened forms. The end of such strife cannot be other than to destroy the cherished liberty. The dominating group will achieve the dominant benefit, or all will embroil the state in their dissensions.

In Wild Bill: The Legend and Life of Wiliam O. Douglas, Bruce Allen Murphy wrote that Douglas’s study of the beliefs and practices of non-Christans opened up his own belief structure. Additionally, he no longer felt that he could run for political office.  Douglas abandoned the Everson decision quickly in Zorach v Clauson. It became even more clear in Engel.

The Board of Education in New Hyde Park, New York directed the following prayer each day with the teacher present.

Almighty God, we acknowledge our dependence upon Thee, and we beg Thy blessings upon us, our parents, our teachers and our Country.

Parents of ten pupils sued stating that this prayer went against their beliefs. The Court, through Justice Black again, held that the practice wholly inconsistent with the Establishment Clause. Black again uses history to build up the wall of separation between church and state. Ironically, although paying a bus only a few years before did not violate the Constitution, a nondenomination prayer now did.

He concluded the opinion by quoting James Madison:

[I]t is proper to take alarm at the first experiment on our liberties. . . . Who does not see that the same authority which can establish Christianity, in exclusion of all other Religions, may establish with the same ease any particular sect of Christians, in exclusion of all other Sects? That the same authority which can force a citizen to contribute three pence only of his property for the support of any one establishment may force him to conform to any other establishment in all cases whatsoever?

Douglas focused on one question. Did New York overstep the bounds of the First Amendment when it financed a religious exercise? Douglas compared the prayer to the commencement of the Court. Each session begins with “God save the United States and this Honorable Court.” He becomes concerned that if there is a problem with the teacher reciting this prayer, then the prayer starting Congress or the Court becomes problematic.
Additionally, the Everson decision weighs on Douglas. But he echoes Justice Rutledge’s dissent, specifically the above quote. He concludes by stating the New York breaks with the tradition laid out by Rutledge with the prayer.
church and state engel v vitale everson v board of education James Madison justice douglas justice hugo black justice rutledge thomas jefferson zorach v clauson
0
Previous Post
Next Post