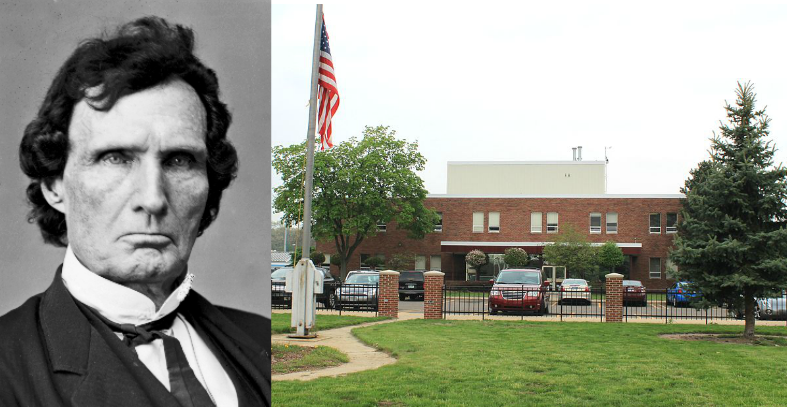 My Country – Thaddeus Stevens and the Pauper School Laws

On April 10, 1835, Thaddeus Stevens, then a member of the Pennsylvania legislature, spoke against the pauper school laws.

Pauper school began in England. If indigent parents declared themselves paupers, their children could go to a specified school for a free education. A pauper’s oath was:

I do solemnly swear that I have not any property, real or personal, exceeding $20, except such as is by law exempt from being taken on civil process for debt; and that I have no property in any way conveyed or concealed, or in any way disposed of, for my future use or benefit.

Thomas Jefferson tried to create a public school system in Virginia, but failed. The main educational efforts stayed with private schools and parochial schools. The state only stepped in to create schools for those who could not afford private school. Additionally, many states believed education should remain outside of the scope of the government.

Jefferson’s ideas suggested that children of all walks of life deserve an education. They argued that intellect had no connection with rich or poor. They argued that pauper schools were incompatible with the democratic ideal. New England began the public education system, but it took Thaddeus Stevens to motivate the rest of the country.

In April 1834, Thaddeus Stevens began to work with Governor Wolf. He pushed legislation that allowed districts across the state to decide if they want a public school and to implement a tax system to pay for them. However, after its passage, thousands of voters sought a reversal and a repeal bill easily passed the Pennsylvania Senate.

But Thaddeus Stevens defended the system he created. He fought the pauper law as an act for branding and marking the poor.

The speech Stevens gave was not officially recorded as no stenographer existed at the time. However, it brought tears to the eyes of Governor Wolf, a political opponent. They asked Stevens to re-recite the speech but “the written speech is said to convey very little of the force and power of the words as they fell from his lips.” If nothing else, that sentence makes this entry worth while.

Much like with the Meyer v. Nebraska decision, Stevens argued that with a government of the people, the people need an education. He argued that our ancient forefathers deemed education so important that parents gave up control of their children to the state for education.

If, then the permanency of our government depends upon such knowledge, it is the duty of government to see that the means of information be diffused to every citizen.

He argued that the free-school system would cost half of what the current system cost. To those who did not like the school tax, he stated that it is for their own benefit as due administration of the laws will benefit their lives. He noted that they current support criminal courts, jails and pay for sheriffs but never get direct personal use. If the taxpayer cheers for the punishment of the convict, that same taxpayer should cheer for the education of a child.

Ironically, we still argue this with every property tax referendum.