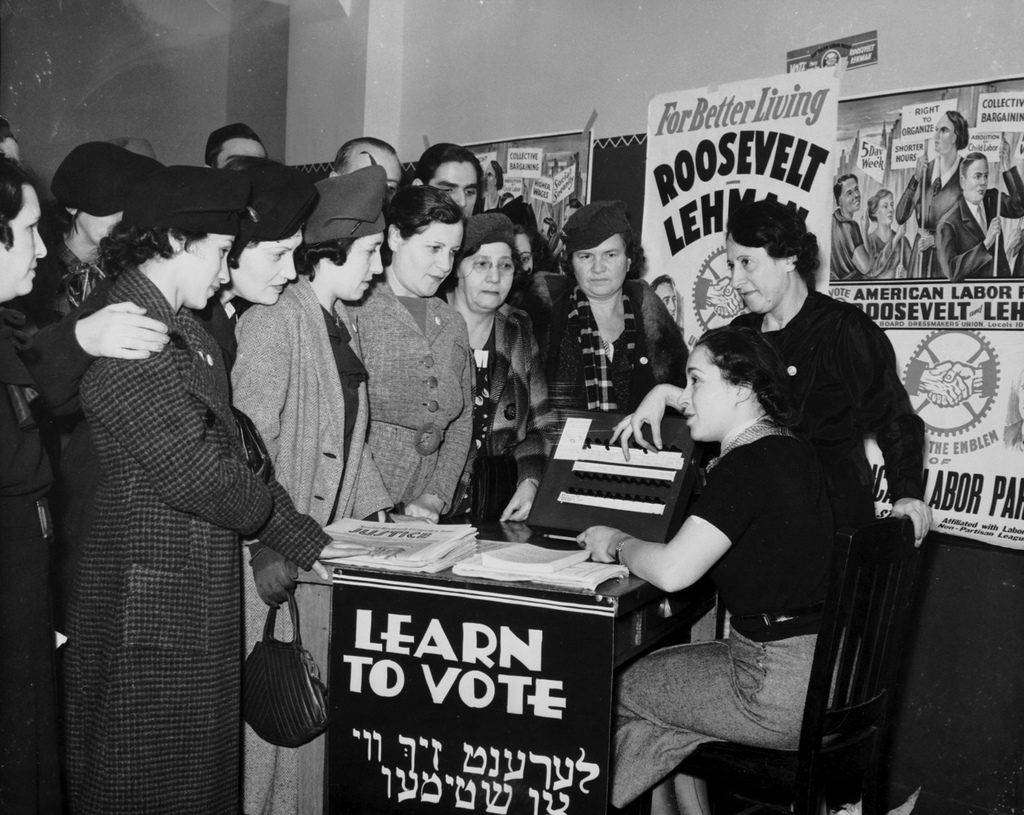 Although I bypassed writing about the Fifteenth Amendment, today’s entry in An Almanac of Liberty focuses on voting. After the civil war, state political parties, specifically the Democratic Party designed a system to restrict minority voting. At first, they set up statutory requirements.

L.A. Nixon, an African American citizen, tried to vote in a primary election. However, based on a Texas statute, Nixon was unable to vote. The statute read: Be it resolved that all white citizens who are qualified to vote shall be eligible to membership in the Democratic party.

Justice Oliver Wendall Holmes wrote in an unanimous decision, “We find it unnecessary to consider the Fifteenth Amendment, because it seems to us hard to imagine a more direct and obvious infringement of the Fourteenth. That Amendment, while it applies to all, was passed, as we know, with a special intent to protect the blacks from discrimination against them.” Holmes argued that states can rationally classify voters. However, he noted that  there are limits. “Color cannot be made the basis of a statutory classification affecting the right set up in this case.”

However, this example did not change many white primaries. In other Southern states, the Democratic Party excluded blacks by party rule, not by statute.

On July 28, 1928, Dr. L.A. Nixon again tried to vote. However, the judges of election, declined to permit him to vote. Only white Democrats were allowed to be voters at the Democratic primary.

The argument made by the state was that the Fourteenth Amendment applies to the state, not private parties. Therefore, because a political party is a voluntary association, it can determine its own members. They can create white primaries. However, the Court held in a 5-4 vote, that the state action of having a statute that empowered the political parties to prescribe these qualifications was a state action.

However, Justice McReynolds wrote in dissent:

The act now challenged withholds nothing from any Negro; it makes no discrimination. It recognizes power in every political party, acting through its Executive Committee, to prescribe qualifications for membership, provided only that none shall be excluded on account of former political views or affiliations, or membership or nonmembership in any nonpolitical organization. The difference between the two pronouncements is not difficult to discover.

Political parties are fruits of voluntary action. Where there is no unlawful purpose, citizens may create them at will, and limit their membership as seems wise. The State may not interfere. White men may organize; blacks may do likewise. A woman’s party may exclude males. This much is essential to free government.

Three weeks later, the Texas Democratic Party followed Justice McReynolds’ dissent. Without the state statute, they passed a resolution barring blacks from membership. They still wanted their white primaries. I may have liked his Gold Clause decision, but this reads quite monstrously.

Another voter claimed as a citizen and member of the Democratic Party that the county clerk wrongfully refused him a ballot for a Democratic primary.  The Court unanimously upheld the party’s rule as constitutional. They followed Justice McReynolds, as well, and distinguished the discrimination by a private organization from that of the state in the previous primary cases.

The main focus of the opinion was how a state regulates a primary election and how it gave much of the decision making to the political parties. Therefore, this was another option.

As Justice Douglas wrote, “thus, the ‘white primary’ became constitutional.” But he would have his say in 1944.

Lonnie E. Smith sued a Texas county election official for the right to vote in a Democratic primary. The Court held that “Texas is free to conduct her elections and limit her electorate as she may deem wise, save only as her action may be affected by the prohibitions of the United States Constitution or in conflict with powers delegated to and exercised by the National Government.” They signalled to Grovey and noted that “as such a voluntary organization, it was claimed, the Democratic party is free to select its own membership and limit to whites participation in the party primary.”

But what changed since Grovey? The Court decided United States v. Classic, (313 U. S. 299). They held that Article I authorized Congress to regulate primary elections as an integral part of the “election machinery.” Because of this ruling, the holding in Grovey needed re-examining.

It may now be taken as a postulate that the right to vote in such a primary for the nomination of candidates without discrimination by the State, like the right to vote in a general election, is a right secured by the Constitution. By the terms of the Fifteenth Amendment, that right may not be abridged by any state on account of race. Under our Constitution, the great privilege of the ballot may not be denied a man by the State because of his color.

Justice Roberts wrote the majority opinion in Grovey. He did not take kindly to this overruling. In fact, this was the third overruled case of the term as the Court moved farther to the left.

The reason for my concern is that the instant decision, overruling that announced about nine years ago, tends to bring adjudications of this tribunal into the same class as a restricted railroad ticket, good for this day and train only. I have no assurance, in view of current decisions, that the opinion announced today may not shortly be repudiated and overruled by justices who deem they have new light on the subject. In the present term, the court has overruled three cases.

One important part of jurisprudence is stare decisis. If you listend to any of the the Gorsuch hearings, you may have heard this phrase. In other words, precedents should have meaning. Weight should be given to prior case law. Justice Roberts believed that the thoughtful opinion from Grovey became too quickly thrown away. He believed stability meant more than right.

I would think that’s easy to say if you could vote in white primaries.

The Future of White Primaries 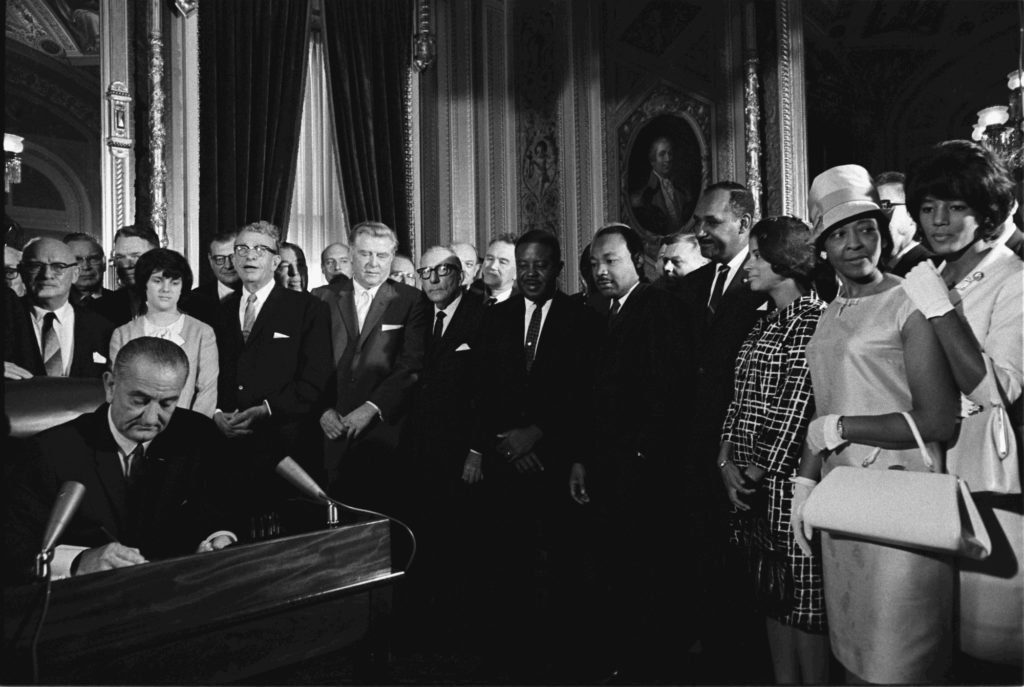 Restrictions on elections did not end with Smith v. Allwright. In 2016, 14 states had new voting restrictions in place for the first time in a presidential election. Claims of voter fraud ring through the hollow ears of people who believe anything. How can our democracy function when we try whatever we can to restrict voting? Whether it is as clearly bigoted like white primaries or the concept of a voter ID that an individual must pay for, we need to look at why we want to stop people from voting.

I donate money to Jason Kander’s PAC, Let America Vote. Everyone should be given the right to cast a ballot – regardless of their wealth, their race, or where they live. Our Constitution provides us with this power and we should not diminish it. We also need to reinforce the message of the Voting Rights Act of 1965