Portable Grand Jury, In re Oliver, and Review 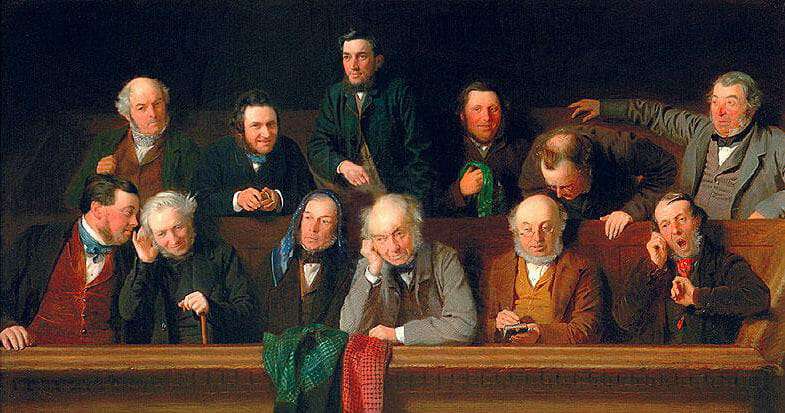 Under the Fifth Amendment, no person shall be held for a criminal trial without presentation or indictment by a grand jury. Grand juries were designed to protect citizens from prosecutors. Justice Douglas lays out the three functions of the law: investigations, prosecution, and adjudication. He notes that grand juries investigate, attorneys for the government prosecute, and judges make the final decision.

In 1917, Michigan passed a law which blended two of these functions. A judge could summon witnesses before him and if he felt that a witness was evasive or not telling the truth, he could hold him for contempt. This would result in a fine of $100 and 60 days in jail. The judge could continuously do this if the witness did not participate. If the witness talked, the judge could commute the sentence or suspend it. This concept became known as “portable grand jury.”

The Supreme Court struck down the law as applied to a witness in a secret hearing before a judge who charged him with contempt. The secrecy component of the contempt trial violated due process of law. In this case, after a person gave testimony in the secret session, the judge stated that he did not believe the story. He noted that the story did not “jell.” The suspicion derived from another witnesses testimony for which the person was not present. The judge immediately charged him with contempt, immediately convicted him, and immediately sentenced him to sixty days in jail.

Additionally, the court held that “an investigating officer could not transfer himself into a judicial officer and in the next breath make a criminal out of a witness.”

Justice Douglas notes that traditional grand juries never punished witnesses who testified falsely or evasively. In Justice Black’s opinion, he wrote, “Grand juries investigate, and the usual end of their investigation is either a report, a “no-bill” or an indictment. They do not try, and they do not convict. They render no judgment. When their work is finished by the return of an indictment, it cannot be used as evidence against the person indicted.” Justice Black noted that the investigation became a trial. Instead, punishment requires notices of the offense and a requirement to defend yourself.

“Experience showed that once man’s rights could be tampered with, all men’s rights were in jeopardy.”

Last night, the TV show Review returned. Starring Andy Daly as Forrest MacNeil, Review assumes people need a Yelp review for every day activities. Or more importantly, he reviews odd occurrences that they may never experience but may want to try. Some of the best are when he reviews going to space, eating 15 pancakes, starting a cult, and William Tell. You can watch every episode on Comedy Central. It’s great. Nothing seems sadder and funny.

If you like icky and hard-to-watch comedy, watch Review. If you like The Big Bang Theory, this may not be the show for you.

The wet linens posted over the cold daffodils weighed down the buds that failed to open for yet another day.