Religious Test for Public Office, Torcaso v. Watkins, and Get Out 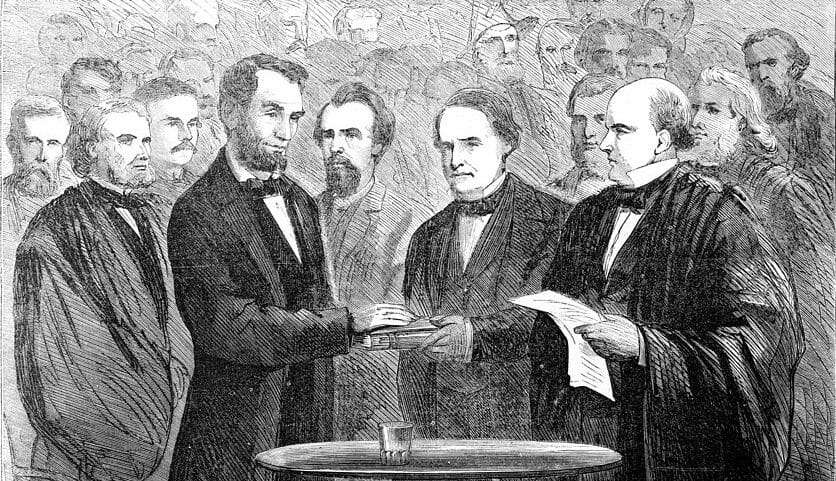 My Country – A Religious Test for Public Office

The Constitution provides that “no religious test shall ever be required as a qualification for any office or public trust under the United States.” But Justice Douglas notes that in 1776, many states had religious tests.

The Pennsylvania Constitution required each legislator to swear an oath to God.

I do believe in one God, the creator and governor of the Universe, the rewarder of the good and the punisher of the wicked. And I do acknowledge the Scripture of the Old and New Testament to be given by Divine inspiration.

Similarly the Delaware Constitution had its own religious test.

I do profess faith in God the Father, and in Jesus Christ His only Son, and in the Holy Ghost, one God, blessed for evermore; and I do acknowledge the holy scriptures of the Old and New Testmanet to be given by divine inspiration

That last line has begun to look familiar.

Additionally, state official in Massachusetts had to swear to its own religious test.

I believe in the Christian religious and have a firm persuasion of its truth.

Other states had more specific religion test requirements, such as Georgia, where a legislator had to be of the Protestant religion. So, when the Constitutional convention argued about this phrase, it became heated.

Although very few disagreed with the concept, the rationales for a religious test differed among the Constitutional Convention. For example, James Madison noted in regards to Congressional elections that  “religion itself may become a motive to persecution and oppression.” Other objected to the idea that “Jews,” “Turks,” “infidels,” “heathens,” and even “Roman Catholics” might hold national office under the proposed Constitution.

However, the defenders of the Constitution put forward two reasons for the religious test ban. First, various Christian sects feared that, if any test were permitted, one might be designed to their disadvantage. No single sect could hope to dominate national councils. But any sect could imagine itself the victim of a combination of the others. Secondly, the Framers sought a structure that would not exclude some of the best minds and the least parochial personalities to serve the national government.

Regardless of what the Founding Fathers thought, in 1961, the Supreme Court looked at the constitutionality of a state religious test.

The Governor of Maryland appointed Roy Torasco to the office of Notary Public. But he was refused a commission to serve because he would not declare his belief in God. However, the Maryland Constitution provides no religious test outside of the belief in the existence of God. Justice Hugo Black in an unanimous decision notes the historical aspects of similar tests. But he argued that even outside of the religious test clause, the First Amendment and the Establishment Clause expressly prohibits a state from taking this position.

Go see Get Out. I hate horror movies. And I did get freaked out a few times. But overall, it’s just a tense movie with lots of interesting satire and political messaging.