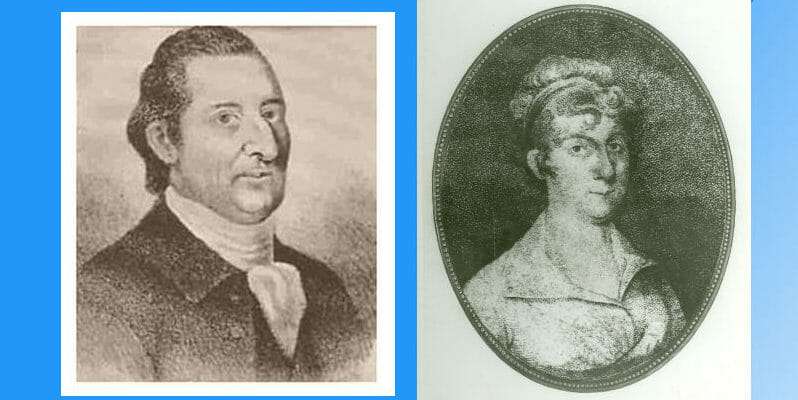 My Country – The Goddard Publishing Family

Justice Douglas focused on the free press a lot in these first 45 days. William Goddard published the Maryland Journal and the Baltimore Advertiser. Goddard encountered multiple mobs because of several pieces he ran from a column called “Tom Tell Truth.” The column satirically called for the colonists to accept the British’s terms for peace. Tom urged for acceptance “with gratitude to the patriotic virtuous King, and august incorruptible Parliament, and wise disinterested Ministry.”

However, the people of Baltimore did not see the irony in the writing. Instead, the Whig Club insisted that Goddard disclose the identity of Tom. The next night William Goddard was taken by force and dragged back their meeting. The Whig Club passed a resolution banishing Goddard from Baltimore within three days.

William Goddard, indeed, did leave Baltimore, but headed to the capitol, Annapolis. He petitioned the Assembly that he was “bound in honour not to suffer the secrets of his press to be extorted.” He called the Whig Club a “self-created court”. He argued that the proceedings by the Whig Club infringed the rights guaranteed in the Declaration of Rights.

On March 10., 1777, the Assembly censored the Whig Club. The proclamation was later called the first vindication of the liberty of the press in Maryland.

Justice Douglas fails to mention Mary Katherine Goddard who founded the papers in Baltimore with her brother. She also managed the print shop of the Pennsylvania Chronicle, which was the largest in colonial America. While her brother fled to Annapolis, Mary Goddard stayed and refused to say who the author was.

In 1777, Goddard became the first person to run a certified copy of the Declaration of Independence with the names of the signers. However, by 1784, she had a falling out with her brother and ended her connection to the newspaper.

Fast fact: Both Goddards worked to form the Post Office.

I read a lot of comic books but I always hit bumps. Nothing against the books that I get stuck on, but I will be on a roll and then I hit a bump. I cannot go any farther. And I cannot finish the book. My latest bump book is Black Monday Murders. I generally like Jonathan Hickman’s books but sometimes, it’s tough to get through. I suppose Black Monday Murders mixes The Big Short and witchcraft.

Overall, there is nothing wrong with the book, but I really just am not that interested. I also find the art hard to follow. Many of the characters look the same and the darkness adds to the blah-ness. These bumps derail me.

I think the story will become interesting and will make sense. I love that it’s an oversized and dense book that takes time to read. But between the political situation we find ourselves in, how I don’t want to read about evil capitalists since they own our country, and the art just makes me confused, the book hasn’t grabbed me. Instead, it stops my comic reading for a few days.

I almost felt bad for you and your flowers until I realized that it is going to be much colder here.