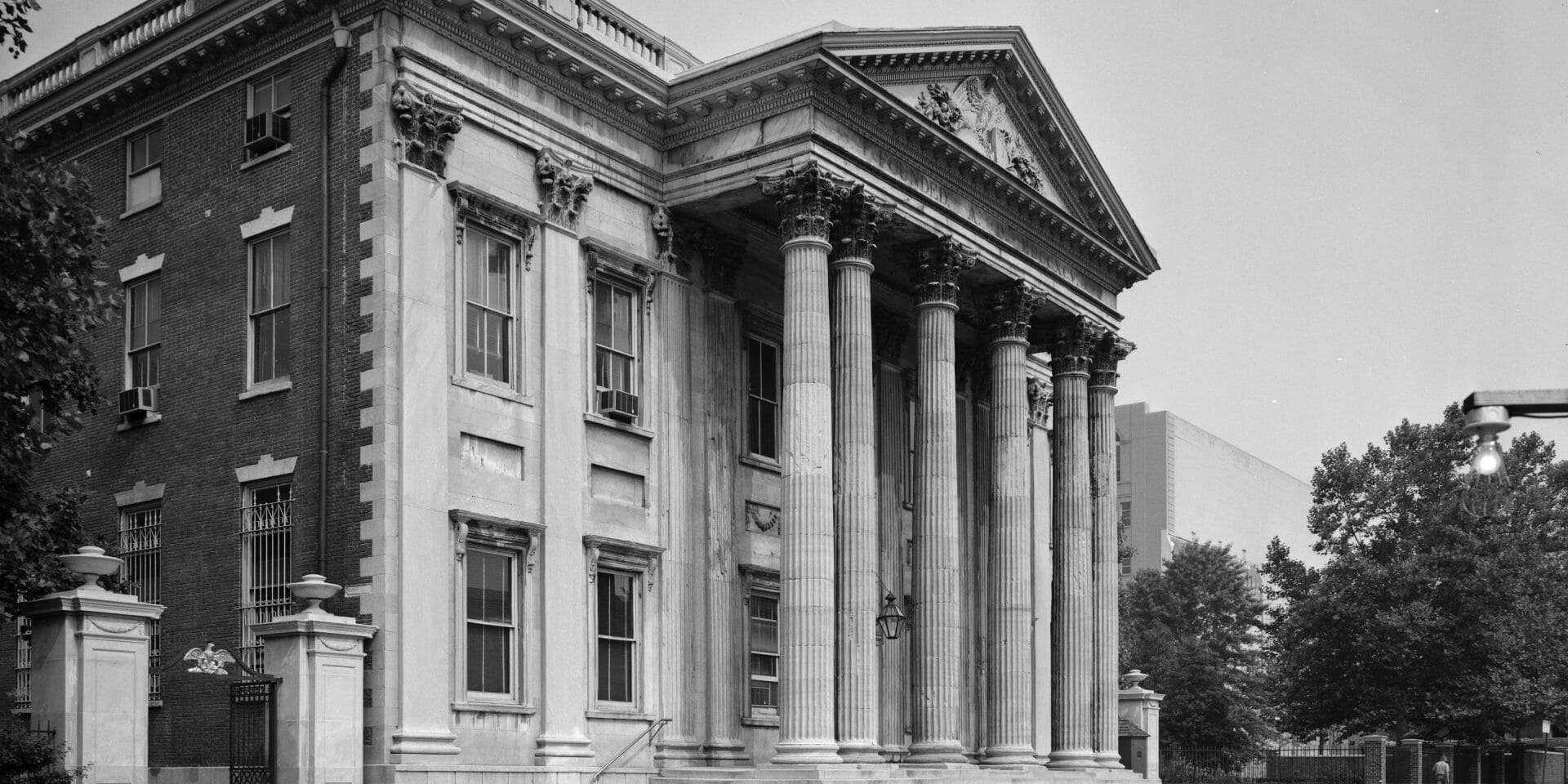 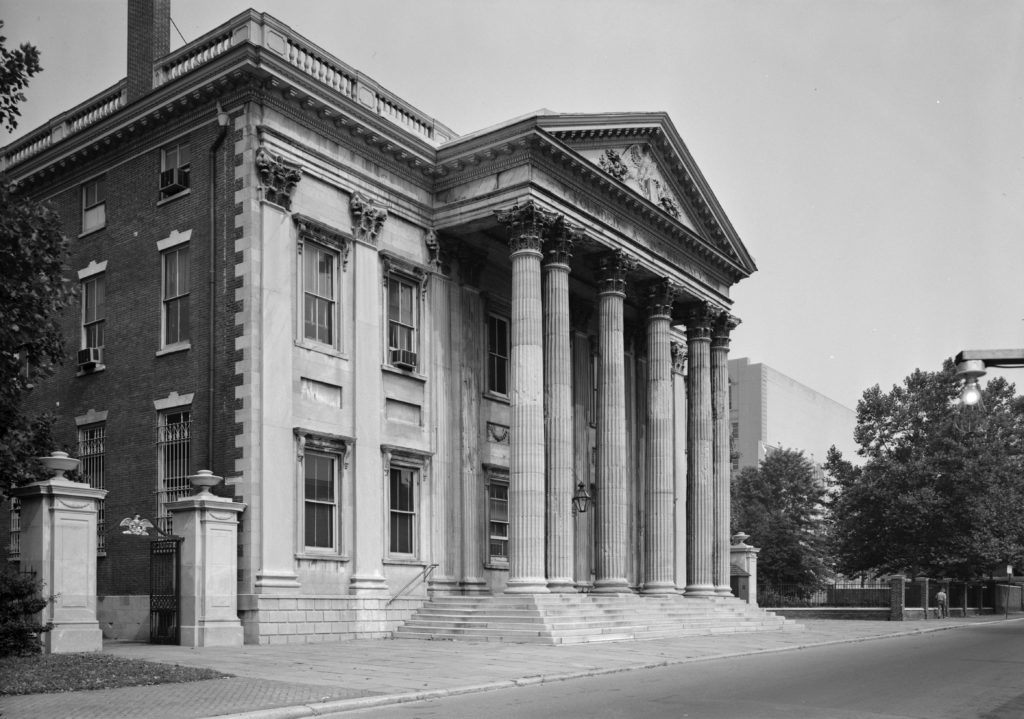 My Country – Alexander Hamilton and the National Bank

The Creation of a National Bank

Alexander Hamilton proposed the charter of the bank in 1790, but many argued the Constitution did not grant an express power to create a bank. Thomas Jefferson argued that since no express power existed, the constitution needed to be construed to limit Congress to the powers given it. Jefferson also felt that the bank would be used to exploit farmers and laborers for the benefit of capitalists and manufacturers. James Madison added that a national bank would conflict with state interests under the Constitution by interfering with the right of states to charter and oversee their own banks of issue.

Hamilton believed that the bank was necessary to pay off its wartime debts. He wanted to build an entity that would sell government bonds. When the government would pay off its debt, the financiers and bondholders would make money. Additionally, this would add currency into the marketplace. Once the currency entered, other merchants and individuals could develop their own savings and spending.

But Hamilton needed to convince George Washington of his plan. He argued the necessity of the bank. But he needed to counter Jefferson’s and Madison’s arguments. Hamilton’s central point in defense was that the Constitution must confer implied powers along with those actually enumerated.  In the Constitution, he used the “necessary and proper clause” to put expressly granted powers into effect.

“To make all Laws which shall be necessary and proper for carrying into Execution the [enumerated] Powers, and all other Powers vested by this Constitution in the Government of the United States, or in any Department or Officer thereof.”

Hamilton won the argument. On Feb. 25, 1791, President Washington signed the act incorporating the National Bank of the United States

Continuing Defense of the National Bank

By 1811, when the charter was up, almost no Federalists remained in power and Alexander Hamilton was dead. The Democratic-Republicans continued to dislike the bank and did not renew the charter. However, after the War of 1812, the government again found itself with war debts and created a Second National Bank.

One of the biggest problems states had with the bank was that the national bank took customers from their state banks. Maryland decided to tax the notes of the federal bank, but the bank refused to pay. The bank argued that a state could not tax a federal entity.

Chief Justice John Marshall held for a unanimous Court that the charter of the Second National Bank was constitutional. Marshall argued that the first Congresses argued about the national bank vigorously. All of the arguments were laid out and they decided to create the bank. At the core was the Constitution. And although the states ratified the Constitutio, “[t]he Constitution, when thus adopted, was of complete obligation, and bound the State sovereignties.” To create the more perfect union, the people, who may have given up their power to the state governments, had to agree to how the states decided to join the Federal government.

Marshall also agreed that the Constitution gave the government no enumerated right to create a bank. But Marshall argued a Constitution could not hold every detail. “Its nature, therefore, requires that only its great outlines should be marked, its important objects designated, and the minor ingredients which compose those objects be deduced from the nature of the objects themselves.”

Next, Marshall held that “Congress is not empowered by it to make all laws which may have relation to the powers conferred on the Government, but such only as may be “necessary and proper” for carrying them into execution.” These powers included taxation, raising a military, and regulating commerce. Marshall added one of the most important clauses in constitutional law.

With those thoughts, the bank was constitutional as a necessary component of what Congress is empowered to make laws on.

But What About the Tax?

Chief Justice Marshall also held that the Maryland tax on the National Bank was unconstitutional. He noted how the institution was created by the Government of the United States and a state added a tax, not on a constituent, but on an entity that cannot claim to control.  “[T]he Constitution and the laws made in pursuance thereof are supreme. . .they control the Constitution and laws of the respective states, and cannot be controlled by them.”

The Supreme Court’s conclusion created implied powers for Congress. No longer were the letters written in the Constitution molded into rock. Each action that Congress takes can now look into the Constitution to determine how necessary and property that act. Justice Douglas notes that his “formula did mark out broad federal authority against the claims of States’ rights.” And mentioned how the power of the national government over domestic affairs rests solidly on this decision’s back.

Brian and I have one more episode of the second season of Scream Queens to watch. This season has not been as funny as the last season. The premise does not make much sense, but that’s part of the charm. The Chanels (Emma Roberts, Abigail Breslin, and Billie Lourd) have become doctors at a new hospital run by Dean Munch (Jamie Lee Curtis). Weird diagnoses occur every day. And in most instance, they cure the person to only have them murdered by the end of the episode. The joy of the first season was not the crimes or the storyline. The characters were just silly and funny.

However, I missed the silliness of the first season for most of this second season. Only in the last couple of episodes has the screwball nature of the humor and the plot returned. It has made the last two episodes greatly improved. Part of that seemed to be that many of the characters from the first season needed to show up to only disappear. Most likely the actor had something else to do. But it just made it a bit confusing.

I do not know what the last twists will be in the episode. But it’s nice mindless humor with good acting and clever writing.

Did he sneak in there to take my cookie and then run out of the room?