On February 24, 1761, James Otis argued before a Boston court that a writ of assistance should be denied. In colonial times, a writ of assistance was issued authorizing officers to search businesses and homes from top to bottom. The officers could seize any property or papers they wished. As fishing expeditions, officers did not need to show any evidence or rationale for the search. Generally, the government used the writs to seek violations in revenue law.

James Otis was an attorney representing 63 Boston merchants. He brought a countersuit known as “Paxton’s Case.” “Paxton’s Case originated about 1755 when Governor Shirley began issuing writs of assistance to civil and customs officers in an attempt to halt illegal commerce with French Canada.” Overall, Otis put the concept of search and seizure on trial. Jamtes Otis urged for the denial of applications for these writs.

The argument reminded judges of the freedom of one’s house. James Otis called it a essential liberty. Douglas stated that Otis argued that “a law which violates that privacy is an instrument of ‘slavery’ and villany.'” Next, James Otis showed how easy it was to get a write with a bare suspicion without oath.

Regardless, James Otis lost his argument. But what he set in motion turned out to be greater. 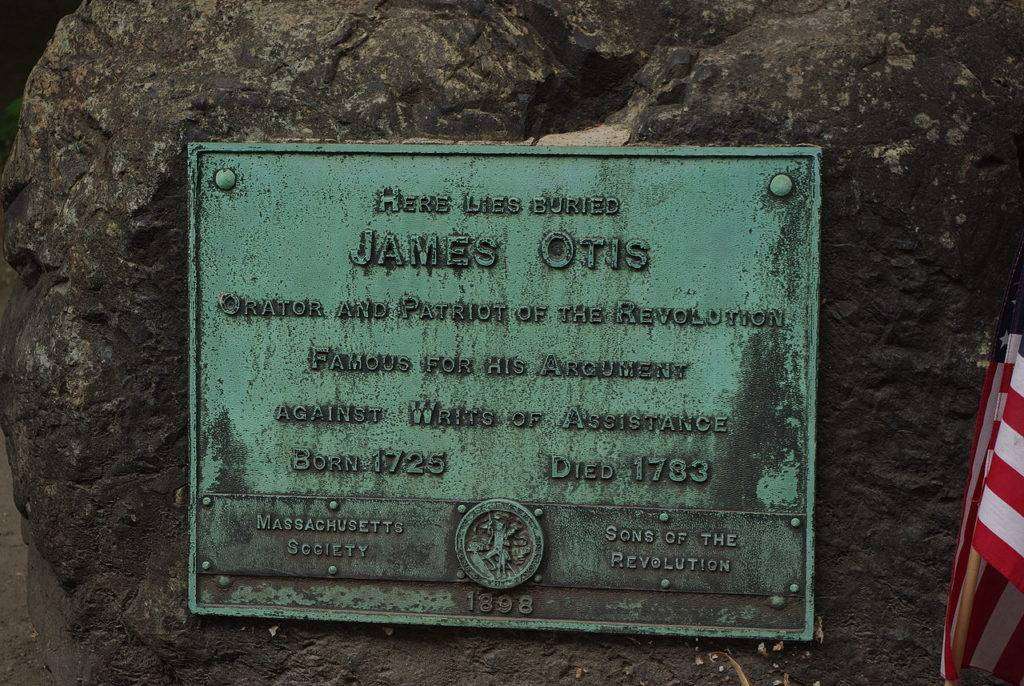 John Adams stated that during James Otis’s speech, “There ant there, the child Independence was born.” John Adams even recorded the arguments. “Adams also wrote that Otis’s attack on the writs of assistance was ‘the first scene of the first act of opposition to the arbitrary claims of Great Britain.'” The case became a milestone for civil liberties in the colonies and the search and seizure laws in the United States of America.

The right of the people to be secure in their persons, houses, papers, and effects, against unreasonable searches and seizures, shall not be violated, and no Warrants shall issue, but upon probable cause, supported by Oath or affirmation, and particularly describing the place to be searched, and the persons or things to be seized.

Looking at the history of the Fourth Amendment and its text, clearly, they did not want the new government to issue writs of assistance. Probably cause stands tall. Additionally, like the Fifth Amendment, the Founders sought to protect the guilty and the innocent.

Wikipedia adds one last fact to the life of this great orator: “Otis died suddenly in May 1783 at the age of 58, as he stood in the doorway of a friend’s house, when he was struck by lightning. He is reported to have said to his sister Mercy Otis Warren, ‘My dear sister, I hope, when God Almighty in his righteous providence shall take me out of time into eternity that it will be by a flash of lightning’.”

As Brian and I try to quickly see as many Oscar movies as possible, we headed to the theater to see Hell or High Water. When I first saw promotions, I thought it was a cowboy movie. And that makes a bit of sense since Jeff Bridges wears a bit cowboy hat. However, it’s nothing like a cowboy movie.

The movie takes place in West Texas where oil rigs, reverse mortgages, and debt rule. The movie takes the crimes of the financial crisis of 2008, just like The Big Short, but focuses on the people who actually lost. Two brothers set out to rob a few local banks. They ask for the money out of the drawers and nothing more. One of the brothers recently got out of prison and seems to be itching for a reason to go back. The other appears to need the money for an unstated reason.

Before too long, an almost retired Texas Ranger, played by Jeff Bridges, gets wind of the heists. Since no large sums of money have been taken, the FBI does not care. And Ranger Hamilton, like the brother, is itching for one last bust. He and his partner take off for the small towns to catch a couple of small time crooks.

Along the way, the movie lays out why the brothers are robbing banks and the larger scheme. It sets up a perfect crime thriller where you want the bad guys to get away with it (until one defining moment) and you want the good guys to figure out the puzzle.

Unlike La La Land, I was not bored. The quick pace and fully realized characters gave you a complete story without drifting off into side stories. And Ben Foster can act. His character has all of the charm of a player and all of the grit of the scariest movie bad guy.

Brian and I discussed the similarities between this and No Country For Old Men, which does have similar crime plots. The differences definitely sit on the political and societal stories wrapped up in Hell or High Water. You have moments where race factors into the decisions of the characters; money and getting ripped off by the banks definitely sits at the core; and a disenchanted populace lace almost every single scene. Although this did not have the scary moments of No Country, it does tell a story that fits into our times