Oaths, the Pledge of Allegiance, and Ted Leo 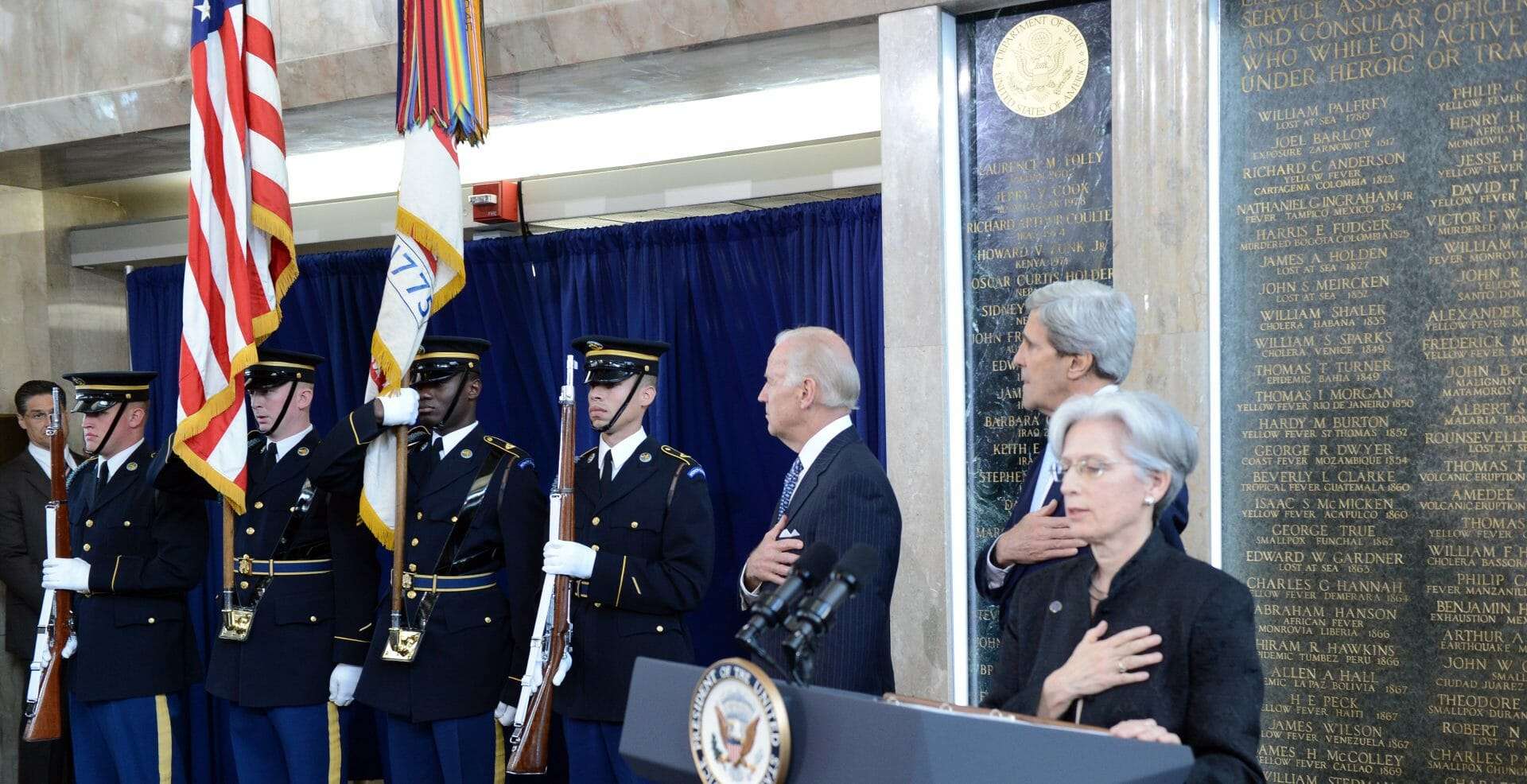 My Country – Oaths and Pledges

On February 22, 1634, the Privy Council barred the departure of ten ships bound for New England. The Council felt they boats were filled with people “ill affected and discontented as well with civil as ecclesiasticall government.” They feared these people would add confusion and disorder to the Colonies, especially in regards to religious affairs. The Council ordered that during the voyage, the Common Prayer book of the Church of England would be read morning and night. But before departure, each person needed to produce a certificate stating that they took an oath of allegiance.

Justice Douglas states that the “history of oaths has burned itself deep in men’s minds.” He states that all oaths appeared obnoxious to “our people.”

But Douglas had an interesting history with the Pledge of Allegiance. 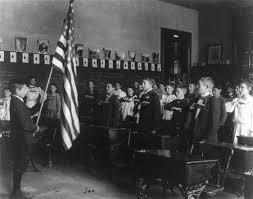 Jehovah Witnesses have given us many of our great First Amendment cases. In Gobitis, the public school district of Minersville, Pennsylvania, expelled Lillian and William Gobits for refusing to salute the national flag as part of a daily school exercise. The school board forced everyone to stand and recite the flag. However, for the Gobitises and other Jehovah Witnesses,  “a gesture of respect for the flag was forbidden by command of Scripture.”

Justice Douglas joined Justice Frankfurter’s majority opinion that did not reverse the expulsion. The Court decided that the legislature decided for national unity, the pledge brought people together.

We are dealing with an interest inferior to none in the hierarchy of legal values. National unity is the basis of national security. To deny the legislature the right to select appropriate means for its attainment presents a totally different order of problem from that of the propriety of subordinating the possible ugliness of littered streets to the free expression of opinion through distribution of handbills.

If the legislature wanted to leave room for religious exemptions, they could have done so. Therefore, the Gobitises needed to make their case for an exemption there. Otherwise, the Pennsylvania legislature decided that all needed to recite this oath and they believe it will benefit society as a whole.

Justice Harlan Stone dissented. Stone wrote that any legislation that infringed on an individual’s ability to practice their religion needs to be held to a higher standard. The children need to go to public school and have certain beliefs. If the government forces them to go to the school, they should not force them to choose a behavior that goes against their religious beliefs.

Three years later, Justices Douglas and Black had a change of heart.

Although the majority opinion does some gymnastics (which upset Justice Frankfurter, who now became a dissenter), Justice Black’s concurrence holds the most interest. Black notes that after some reflection, the principles of Gobitis hold, they do not work in this case. They begin by noting that a person cannot do anything based on what a religious faith may say they can do.

No well ordered society can leave to the individuals an absolute right to make final decisions, unassailable by the State, as to everything they will or will not do. The First Amendment does not go so far. Religious faiths, honestly held, do not free individuals from responsibility to conduct themselves obediently to laws which are either imperatively necessary to protect society as a whole from grave and pressingly imminent dangers or which, without any general prohibition, merely regulate time, place or manner of religious activity.

Instead, they focus on the oaths component of the West Virginia law, which required that the flag salute be part of the program of activities in all public schools.

Such a statutory exaction is a form of test oath, and the test oath has always been abhorrent in the United States.

Words uttered under coercion are proof of loyalty to nothing but self-interest. Love of country must spring from willing hearts and free minds, inspired by a fair administration of wise laws enacted by the people’s elected representatives within the bounds of express constitutional prohibitions.

Although the facts barely changed, how the First Amendment dealt with oaths did.

On a fairly regular basis, I will see a meme on Facebook about saluting the flag. Or another will state how “in my day,” we said the pledge every day. This opinion was one of the first I ever read with Justice Douglas’s name on it. I still believe that the Pledge of Allegiance and any set of oaths are an un-American concept.

I do not believe that anyone should have to stand for the Pledge. My willing heart and free mins loves this country and I honesty believe anyone who stands up and need to prove their loyalty needs to check themselves out. Just like those people who spend all of their time posting happy Facebook posts generally are considered sad in studies, I feel that anyone who has to wear their patriotism on their sleeve and wants to recite oaths, most likely has no idea what this country means.

Ted Leo has a Kickstarter. His music got me through the tail end of the Bush administration, so I would imagine he will have a lot to say about this one. I listened to Living with the Living way too often back in 2007. Specifically, I would put C.I.A. on repeat. It’s a perfect pop song with a repeating chorus about the CIA. I have not listened to much of his work since then and have not revisited Living during the Obama years. But nonetheless, I pledged $30 for the vinyl printing and digital download.

If you do not know Ted Leo’s music, I recommend checking it out. You cannot go wrong with any of his albums.

I do not think that those two glowing lights are eyes because if they are, they are there every night in the same place.