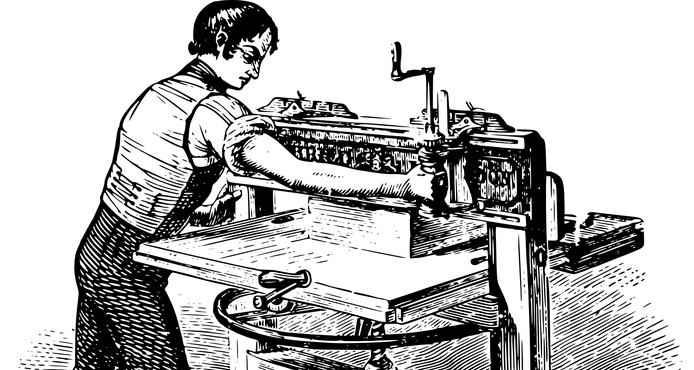 On February 21, 1682, the Royal Governor of Virginia called John Buckner before them. His offense was printing the laws of 1680 without a license. Buckner was ordered to enter a bond of 100 pounds not to print anything until His Majesty’s pleasure should be known. In other words, he could not be the free press he sought without the government agreeing to his writing.

The next year, the new Governor ordered than no person should use a printing press for any reason. After that, no printing occurred in Virginia for 50 years. Justice Douglas quoted Royal Governor Berkeley for a rationale.

I thank God, there are no free schools nor printing; and I hope we shall not have these hundred years; for learning has brought disobedience and heresy and sects into the world and printing has divulged them and libels against the best Government. God keep us from both.

In this first month in An Almanac of Liberty, the free press came into view multiple times – like with Huey Long. But today, with the Presidency of Donald Trump, the free press continues to be assaulted. Last week, on Meet the Press, Senator John McCain sarcastically talked to Chuck Todd about the situation:

I hate the press. I hate you especially. But the fact is we need you. We need a free press. We must have it. It’s vital.

But he then continued with a statement regarding the importance of a free press in a free society:

As Governor Berkeley insinuated, the free press allows disobedience and heresy from the government and from power. And power hates that. But we need to continue being a thinking people who read and write and create.

I was excited and not excited to see La La Land. I love bright color musicals. Anyone who knows me know that I love dancing and singing and more dancing. And when the movie started, I felt ready. The opening number sets up a create and beautiful city. But I cannot say any of the music stood out. When a supposedly crappy party band playing Take On Me is the only memorable song (outside the opening number), it’s not a good sign for your musical.

But I believe I understood the point of the movie. At one point, Sebastian (Ryan Gosling) and Mia (Emma Stone) are discussing jazz. She says she hates jazz, so he takes her to a jazz club. He then begins to dissect what is happening on stage. He mentions how the saxophone player just took control and it letting it rip. But then the trumpet player takes control and everyone else has to compete. He calls the whole jazz movement about fighting and competing because they started in a small room and needed to be heard.

Dissecting the Movie – with Spoilers

That soliloquy seems to center the movie. Mia wants to act. She wants to perform and become famous. Sebastian wants to re-open a historic jazz club with traditional jazz music. He does not like the modernization of the area. But they fall for each other. And from the beginning, compete. When Mia has auditions and has a positive attitude, Sebastian seems lost and tries to find something to beat her. And when he does, she tries to undermine his success and throws into question everything that he did. Then Mia is able to get her one woman show off the ground and Sebastian does not even show up. She fails and flees. But Sebastian goes to get her back for one last audition.

This is where the story falls apart. She does well because the audition takes place with people who liked her one woman show, which few people saw. But she cannot seem to get past the fact that Sebastian was not there for her. So, it seems like she takes the job and they go their separate ways. Until the last plot point.

La La Land’s Ending – And All That Jazz

Mia with her new husband walk into a jazz club that turns out to be Sebastian’s. She notices it right away and when he goes up on stage to perform, he sees her. And he plays the little piece of music that stunned her the first time they met and continued to trace their story. Enter a dream sequence – where instead of constantly getting in each other’s ways, they support each other. Instead of building walls and competing, they benefit off of each other and their support.

But does that mean the idea of jazz he has as a constant competition was wrong. Or is jazz not a way to live?

I do not think this movie is about dreaming or Hollywood. I think it centers on this definition of jazz and two people who like the saxophone player and trumpet player need to compete. He believed in it and she bought into it – which is why she loves jazz. And when they compete, that’s when the music sounds right. But it just does not last.

I can’t hold that and a cone.