During my lunch break today, I went to a local high school to talk about how polling works and why it made some errors with the 2016 election. I would do it a little differently if given the chance. But hopefully, a few kids learned why statistics and politics are a fatal mix.

President Franklin D. Roosevelt passed the Banking Act of 1933. Remember, Douglas was appointed by Roosevelt and worked for his administration, which is why he is all over this book. The Banking Act

According to Douglas, “some were opposed to federal insurance of bank deposits, because the law would ‘tax the good bankers’ to pay the losses of the inefficient.” Much like the opponents during the financial crisis during my lifetime, many feared the bad actors off. But in fact, President Roosevelt did not like the idea of the FDIC. He felt, like the opponents, it rewarded bad banks. Unlike New Deal ideas like the TVA put forth by Sen. George W. Norris, he threatened a veto. Once Congress could override his veto, he signed the legislation.

How the FDIC Seemed Important But Glass-Steagall Matters Today

If you asked Justice Douglas which part of the Banking Act would matter and become controversial in 2016, he may have guessed Glass-Steagall. But he decided to focus on the FDIC in An Almanac of Liberty. But imagine how the FDIC was created. The public lost trust in the banks as over 9,000 closed. Millions of dollars disappeared. Although separating commercial and investment banking matters today, in the mid-1950s, when he wrote this book, the fact that 99.6% of all deposits had been protected in the 420 distressed banks was a bigger deal.

Justice Douglas did not live into the 1980s when the government began to dismantle Glass-Steagal. Deregulation took over the banking industry and the harshness of the act became quite soft. The most notable section of Glass-Steagall was Section 20 of the law, which separated commercial and investment banking. In the 1990s, banks began to merge and claimed to need a new type of bank to survive.

The Financial Services Modernization Act of 1999 allowed the creation of a financial holding company (FHC). “A FHC was essentially an extension of the concept of a bank holding company—an umbrella organization that could own subsidiaries involved in different financial activities. This was something of a compromise, as security and insurance underwriting and sales by depository institutions would still be restricted, but banks could be part of a larger corporation that was involved in those activities.” In other words, the wall between the banking aspects, and insurance underwriting, could all happen at one big bank but it won’t really be called a bank.

I will not claim to understand everything about banking. And will not try to write enough in this short blog section. Dozens of fantastic books exist to help you understand the 2008 financial crisis. But here are a few links to recent articles about what presidential candidate Bernie Sanders argued strongly in the primary. 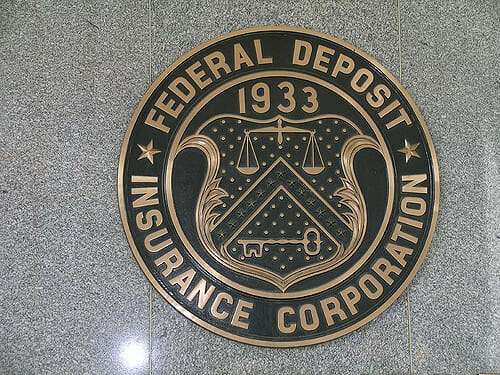 During the financial crisis, “The FDIC resolved over 25 failed institutions in 2008, 140 in 2009 and more than 100 as of July 2010. As of 31 March 2010, the FDIC had nearly 780 insured institutions on its ‘problem list’, with over US$430 billion in aggregate assets, suggesting that it may be forced to resolve many more closed institutions before the current wave of failures is over. At the same time, the Deposit Insurance Fund, which is used to resolve failed institutions, has fallen to a negative balance.”

Yet, through all of the destruction, no one questioned the legitimacy of the FDIC. It became commonplace.

A very quiet Presidents’ Day. Not too many articles jumped out to me. Everyday cannot be a thirty story day! Of course, we all deserve a break!

I discovered Bruce Springsteen in college. I would sing Badlands when I ran and listened to Born to Run more times than I can count. This damn kid is lucky! But maybe someday, I’ll get to see Bruce live.