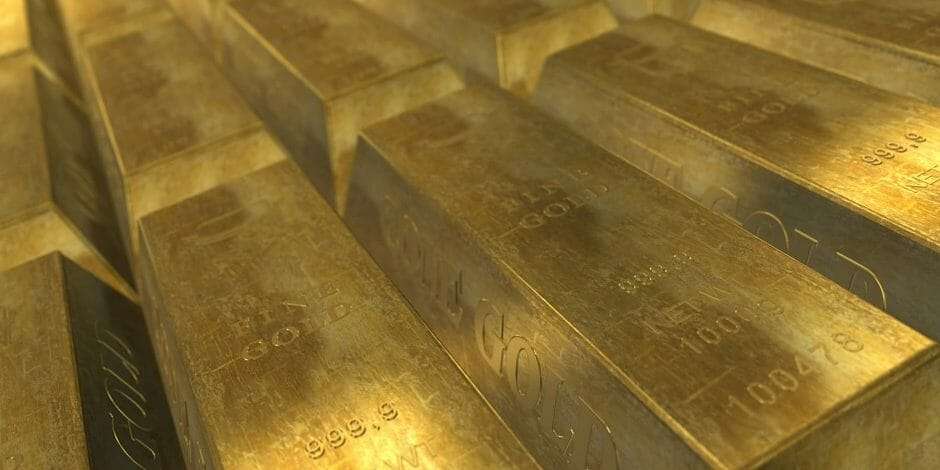 If the sun came out today, it would have been perfect. But regardless, I cleaned the house and caught up on some television and comics. Success!

My Country – The Gold Clause Cases

A gold clause allowed a creditor to receive payment in gold or gold equivalent.

On April 5, 1933, President Franklin Delano Roosevelt signed Executive Order 6102. Roosevelt required everyone to bring all of their gold to a Federal Reserve Bank within one month. Although limitations existed for individuals who used gold in their industry, had de minimis amounts (less than $100), rare collection coins, foreign coins, and certain other uses. In other words, if someone “hoarded” gold, they needed to give it to the government. The individual would then receive the cash equivalent of the gold.

The administration claimed that these hoarders extended the damage of the Great Depression. But in reality, the main rationale behind the order was actually to remove a constraint on the Federal Reserve which prevented it from increasing the money supply during the depression. The Federal Reserve Act  required 40% gold backing of Federal Reserve Notes issued.

Congress then passed a joint resolution that cancelled all obligations that required a payment in gold or currency declared against public policy. Several government bonds had a gold clause. Justice Louis Brandeis became terrified by the implications of these actions. “[T]he deliberate repudiation by the Government of its own obligations, entered into freely in contemplation of the contingency which has arisen and for the purpose of dealing with it, involves an alarming application.” He felt that if the government found itself in such dire straits, taxation was a more honorable way out. (Louis D. Brandeis: A Life, Melvin Urofsky, pgs.696-698)

According to Justice Douglas, “Suits were brought on bonds, some creditors demanding payment in gold, some demanding dollars equal to the value of the old gold dollars.” Four cases made up the Gold Clause Cases:

By a five-four decision, the Supreme Court upheld the devaluation program. Chief Justice Hughes, who wrote the Brown opinion, wrote the majority opinion. The Court held that the power of Congress over the currency was sufficient to make old debts payable in new money. In regards to the obligations to the United States, the Court held that changing the basis of payment was invalid. In other words, they could not change the payment from gold. However, the creditors could not recover damages because they failed to show any sustained losses on the buying power of the new dollar. Basically, Congress was wrong to dictate the change in terms, but the bondholders could not show that this system was worse for them. Urofsky wrong, “Not since Marbury v. Madison had a chief justice come up with such an ingenious way out of a political thicket.” (Id.)

To dig into the strangeness of this arrangement, let’s take one of the cases. Perry bought a bond that had a gold clause. But the government denied Perry payment in gold coin through that gold clause under the Executive Order and Congressional Join Resolution. So, Perry “demanded currency in an amount exceeding the face of the bond in the same ratio as that borne by the number of grains in the former gold dollar.” In other words, he wanted to redeem his bond for what it was worth before the government intervened. He would have been due $1.69 of currency for every dollar of the bond. But the Treasury declined to pay him more than the face of the bond in currency. 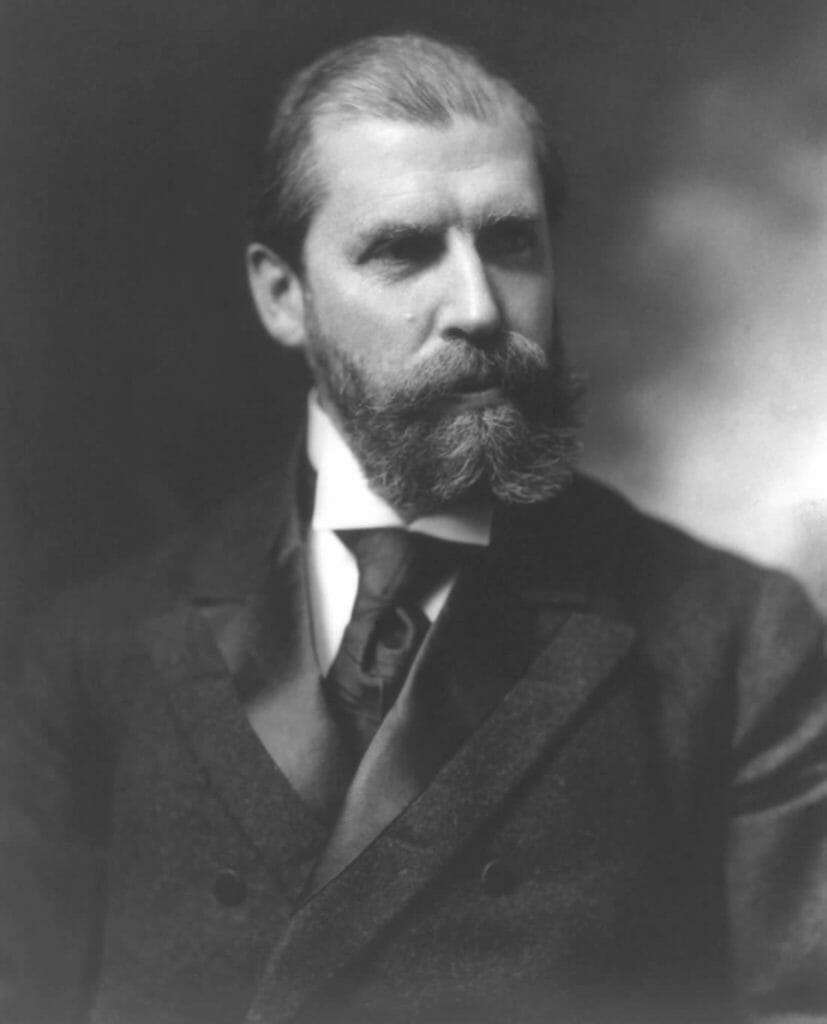 Chief Justice Hughes noted that there is no question as to the power of the Congress to regulate the value of money. Congress could determine the currency of the country. However, he felt a question existed if Congress can use that power to invalidate the terms of the obligations which the government has issued to borrow money on the credit of the United States. The government argued Congress could change the terms of their obligations if the obligations grew “inconvenient.” Hughes strongly disagreed by stating that the Court did not read the Constitution that way.

By virtue of the power to borrow money “on the credit of the United States,” the Congress is authorized to pledge that credit as an assurance of payment as stipulated, as the highest assurance the government can give — its plighted faith. To say that the Congress may withdraw or ignore that pledge is to assume that the Constitution contemplates a vain promise, a pledge having no other sanction than the pleasure and convenience of the pledgor.

In other words, by striking out the gold clause, Congress has ignored its pledge to its creditors, who should in turn, lose faith in the government. In the end, the Chief Justice concluded that the Joint Resolution that attempted to override the a gold clause went beyond congressional power.

But as discussed above, like any contract cause that you can see on Judge Judy, a plaintiff cannot gain from a broken contract. “As a remedy for breach, plaintiff can recover no more than the loss he has suffered, and of which he may rightfully complain. He is not entitled to be enriched.” So, Perry could not receive more than the $10,000 he was owed.

Dissent by The Four Horsemen

The four conservative justices became a thorn in President Roosevelt’s paw. They struck down several of his New Deal projects when they found a fifth justice and joined together to dissent in the Gold Clause Cases. Justice McReynolds wrote about the history of a gold clause as a way to secure a debt regardless of the economic conditions.  But more than anything, he tried to shame the government.

Just men regard repudiation and spoliation of citizens by their sovereign with abhorrence; but we are asked to affirm that the Constitution has granted power to accomplish both. No definite delegation of such a power exists, and we cannot believe the far-seeing framers, who labored with hope of establishing justice and securing the blessings of liberty, intended that the expected government should have authority to annihilate its own obligations and destroy the very rights which they were endeavoring to protect. Not only is there no permission for such actions, they are inhibited. And no plenitude of words can conform them to our charter.

If you want to read a powerful conservative argument on the duties of the government in terms of coinage, take a peak at this dissent. It reads like an Occupy Wall Street/Tea Party manifesto all rolled into one. 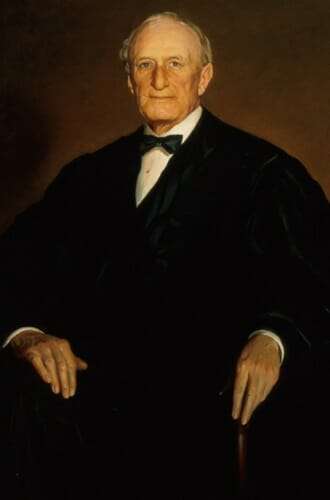 Our government no longer sits on the gold standard, but a gold clause may once again enter a contract. However, the government cannot pay out in gold coin. But as we look at executive orders in the news, we must remember that they have been used before and they will be used again. President Roosevelt forced all Americans who housed gold to turn it in. Do you even know where your Federal Reserve Bank is?

In the end, seven justices stood up to a government that tried to erase billions of dollars of obligations as the dollar sank and gold’s value stood still. Millions of Americans lost their jobs; half of the total salary base disappeared; and property values sank overnight. But the government stood up and decided to save a sinking ship in rather authoritarian ways. Justice Brandeis hated what the government did. Justice McReynolds called the Constitution gone and that shame and humiliation was upon us.

Yet, in the White House, President Roosevelt sighed a relief . He mentioned to Joseph Kennedy that the Court had finally “put human values ahead of the pound of flesh called for by the contract.” Roosevelt prepared to shut down the stock exchange and address a nation that could have defaulted on its debts. If the Court followed morality, for each $1,000 note, they would have had to pay out $1,690. The government did not have that and banks would have crashed further. It truly resembles the TARP crisis and the auto bailout. No one was happy – except for everyone who will never understand the benefits they just received from a horrible decision.

Why I Cannot Support Any Republican

I watched All My Children and As the World Turns during my childhood, college, and law school. Soap opera fit me like a glove. So, I began watching Jane the Virgin from its first episode.

The premise of the show is a young woman gets wrongfully artificially inseminated and drama and comedy ensue. You meet everyone in Jane’s life: his young mother, her grandmother, and her fiance. But along the way, you meet her father, her baby’s father, and his crazy family. The storylines are not as sprawling with characters as a traditional soap opera but the storylines have all of the amnesia, murder, sex, and break-ups you could ask for.

I do not want to spoil the show and highly recommend you start from the beginning. The story has heart, depth, and joy. The characters are more well-rounded and developed than any other show on TV. And more heartbreaks occur each season than on The Bachelor.

In this third season, Jane and her husband begin their lives, which means that her mother and grandmother start exploring their own. Her writing career begins to develop and her little boy begins to do more than just cause her stress. I am still one episode behind but the last episode ruined me for most of the day.

Catch up with the first two seasons on Netflix with the third season showing there in a few months. That way, when season four begins, you can talk to me about it.