Fifth Amendment Limitation with Returns to Riverdale and Legion 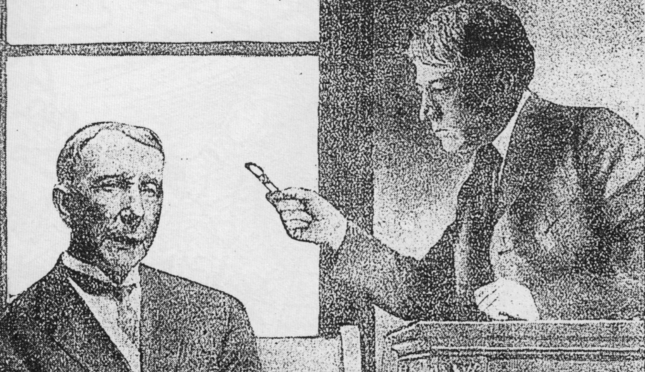 Today marks the end of my Graduate PLUS loan. Over the course of the last 9 years, I have paid off $23,000 at 8% interest. The highest interest rate and $325 per month loan disappears. Biggest pay raise I will receive this year.

Most people understand that the bill of rights are not absolute. Today, Justice Douglas focuses on a fifth amendment limitation on how others or employers react to a refusal to testify. “The Fifth Amendment, it should be remembered, was written for the protection of the innocent and guilty alike.”

Douglas discusses a Kentucky election fraud case where police officers were being interrogated about crimes they were paid to prevent. Each one of them had refused to answer under the advice of counsel. The Kentucky court wrote in regards to this Fifth Amendment limitation,

Suppose a secret murder had been committed, and the police on that beat, when asked about it, should say, ‘I decline to answer for fear of incriminating myself.’ This, under the rule invoked, would protect the witness from answering; but how long would it justify his retention on the foll of the police?

However, Justice Douglas discussed why Patricia Blau was different. He stated that “some who claim the privilege may have had remote relationships to communism in bygone days, but relationships that never involved espionage nor any overt act against this nation. Yet even innocent and unguarded associations may involve a person in the web of the law.” In other words, we cannot expect that every person who invokes the Fifth Amendment is a Russian spy.

Tomorrow looks to be the end of the Fifth Amendment discussion. Maybe a discussion of Miranda should follow, since this book preceded the decision.

This week, I watched the second episodes of Riverdale and Legion, which I mentioned in this blog before. Both continued off of pretty good pilots.

With Riverdale, the mystery of who killed Jason Blossom continued with glimpses into the relationships. Jughead’s character profile grew and was expanded. Betty had some decisions to make. And ironically, it still is better than any show about the cast of Archie comics deserves to be. I see why people call it Twin Peaks meets Archie, but honestly, outside of the murder, it does not have any of the flavor of Twin Peaks. It’s way too straight forward.

Legion, on the other hand, continues to follow no path at all. The characters make a little more sense and the plot exists, until in the pilot. I can see where the story is moving towards but instead of moving in a straight line, like inside of David’s head, it’s going to be a bit frantic.

I still recommend both of these shows. But if you watch them, start with the first episodes. Otherwise, it won’t make much sense.