In February 1689, William Bradford was charged with printing the Charter without permission. Justice Douglas argued, based on the transcript of the hearing before the Governor, that this case gave life to the First and Fifth Amendments.

In his trial, Bradford, first, asked to know his accusers. William Bradford also argued that printing was a “manufacture of the nation, and therefore ought rather to be encouraged than suppressed.” He was not taxed like in Grosjean – just brought before the Governor and questioned.

Who Was William Bradford?

Bradford had moved to Philadelphia with his printer and family. His first work, Kalendarium, was an almanac. However, Governor William Penn took offense to the printing of his name in the almanac as against Quaker tenets. The next year, in 1688, William Bradford got in trouble again for printing another almanac, which again referenced and upset the Quakers.

In 1689, Joseph Growdon, a member of the Provincial Council, employed William Bradford to print the Pennsylvania Charter. However, the council did not want the charter to be printed. According to the record, William Bradford said,

printing is my employ, my trade and calling, and that by which I get my living, to print; and if I may not print such things as come to my hand which are innocent, I cannot live. .. . If I print one thing to-day, and the contrary party bring me another tomorrow, to contradict it, I cannot say that I shall not print it. Printing is a manufacture of the nation, and therefore ought rather be encouraged than suppressed.

Bradford then quit his business and briefly went to England, to return in 1690. Later, William Bradford returned to the United States and became the principal printer for New York. William Bradford worked for the rest of his life. Additionally, in 1734, his former apprentice, John Peter Zenger, was brought to court for libel. However, Bradford remained neutral during the case.

Putin Ears in the White House

Everyone must do what they can themselves and not wait for others to act. If you want change, you have to initiate action, even at a personal level that might seem insignificant. As the motto of Soviet dissidents went: “Do what you must, and so be it. 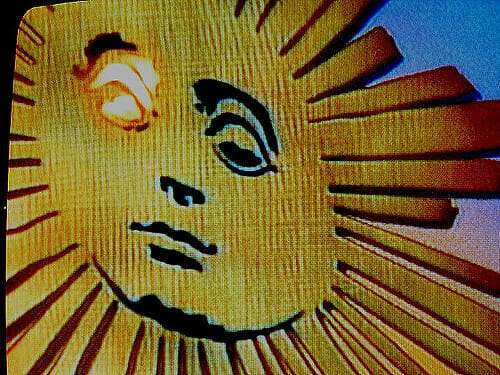 Most weekend, Brian and I catch part of CBS Sunday Morning. Recently host Charles Osgood retired. Jane Pauley became the new host and has done a fine job. Overall, it has the same feeling and pleasant sense. However, overall, in the past couple years, it does not seem to dive into the less examined arts as much as which stars, politicians, or musicians have an album coming out soon. I miss the weird stories about washing machines, Scrabble, lake mailmen, and the like. Instead, today, we learned about lip syncing (which did not really reveal anything), bro-hugs (which was the closest to charming), Emma Stone (sure), and Michael Kors (it was fine).

They recently brought Dan Rather on to interview the new President – which was a startling interview. They showed off cup stacking a few years after it became a thing (a typical CBS Sunday Morning incident). Conor Knighton had a phenomenal series about the National Parks. So, it remains a nice way to start Sunday, which have become more action packed for the last few years than in my previous 31 years – for obvious reasons.

I could eat meat wrapped in rice everyday.