My Country – An Unconstitutional Export Tax

After the conversation on the Commerce Clause, Justice Douglas moved to trade. During the Articles of Confederation, states created tariffs and trade barriers between states. Virginia imposed duties on imports from northern states. New York imposed fees on vessels coming into port from foreign countries and other states.

However, due to the indigo, rice, and tobacco crops, the southern states worried about transferring the power to regulate commerce to Congress. When debating the Constitution, the states voted to prohibit Congress from laying an export tax on articles from any state. And worst of all, the federal government would benefit from this export tax. Additionally, vessels bound from one state to another were made immune from duties. And no state could lay duties on imports or exports without the consent of Congress.

No Tax or Duty shall be laid on Articles exported from any State.

No Preference shall be given by any Regulation of Commerce or Revenue to the Ports of one State over those of another: nor shall Vessels bound to, or from, one State, be obliged to enter, clear, or pay Duties in another.

Erik Jansen, law professor at Case Western University, wrote additional analysis of the Export and Port Preference Clauses. As he states, it’s important that these clauses allowed for the adoption of the Constitution, but they may not have much practical components for today. States have gotten around the export tax language as not all governmental charges are taxes for these purposes. Jansen uses the example based on what was held constitutional under United States v. US Shoe Corp., “a congressional charge for use of a port isn’t a tax if the charge approximates the value of services provided. A legitimate user fee may therefore be applied to vessels carrying exports. Penalties affecting exportation also aren’t precluded by the Clause.”

The Harbor Maintenance Tax, enacted as part of the Water Resources Development Act of 1986, imposed a uniform charge on shipments of commercial cargo through the Nation’s ports. The charge was set at 0.125% of the cargo’s value. Previously, the Supreme Court had ruled in United States v. International Business Machines Corp., 517 U. S. 843 (1996) that the Export Clause allows no room for any federal tax on export goods.

The only wiggle room came from Pace v. Burgess, 92 U. S. 372., which did not rule out a “user fee” under the Export Clause if the fee lacked the attributes of a generally applicable tax or duty. Additionally, the fee’s design must focus as compensation for Government-supplied services, facilities, or benefits. The Court found that the Harbor Maintenance Tax, which is imposed like a property tax, did not a fair approximate the use of services, facilities, or benefits furnished to the exporters. Therefore, it did not qualify as a permissible user fee. In the end, it looked more like the export tax the Founding Fathers barred. 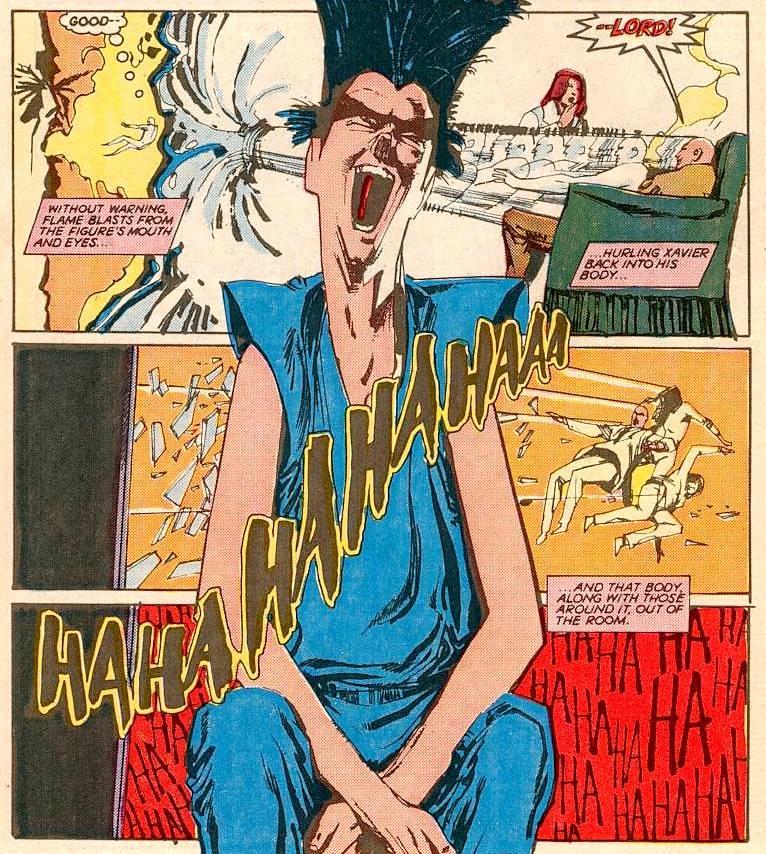 I do not watch many of the comic book TV shows because they are incredibly formulaic and boring. Superhero meets villain of the month, defeats the villain, and you get a small taste of a larger over-arching story. They can be find programming, but I’ve seen it all before. And more importantly, I have read it all before. When FX announced Legion, I got interested.

The son of Charles Xavier. Legion has a strange history. I have not read much of the character’s story but from what I know, he’s basically a basketcase who can hear everyone’s thoughts and control anything all of the time – which drives him a bit batty. One of the most critically acclaimed runs for the character included art by Bill Sienkiewicz in New Mutants. I attached a page above. The show looks and feels like this page.

Dan Stevens, from Downtown Abbey, stars as David. David’s journey begins in a mental hospital, but it constantly spirals between the past and the current timelines. No time travel occurs but David tells the story of a woman he fell in love with after entering the mental hospital. He details what got him placed there, how he treated his sister, and how he got out. Much of it seemed confusing, but you must realize that you have an untrustworthy narrator, living in an untrustworthy world.

Aubrey Plaza plays a mysterious woman in the mental hospital who seemed more like Crazy Jane from Grant Morrison’s Doom Patrol comics than anyone from an X-Men comic. I need to know more about her – even though the story makes it seem like she doesn’t exist.

Only the first episode has aired, but I highly recommend you check it out. Don’t go in expecting anything but a trip. But it may end up being a damn pretty trip.

I need the mocha based on doctor’s orders because they told me that coffee will help the anesthetic wear off quicker.