Woke up to rolling thunderstorms in February and a full day of rain. I’m not sure what happened to winter, but I worry about the amount of bugs that my house will include by summer. I’m hoping for a late March freeze. 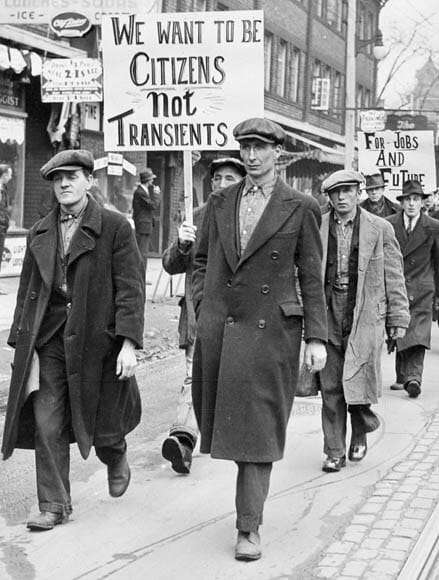 In 1932, Wisconsin became the first state to enact unemployment insurance. However, very few states followed the lead, so a national law was needed. By 1933, the unemployment rate peaked at 25% with over 18 million unemployed people. President Franklin D. Roosevelt urged a federal plan to alleviate the economic distress.

The Social Security Act of 1935 placed a tax on employers for unemployment benefits. The law allowed a credit for employers if they paid into a state unemployment system. The fund was paid to the states for distribution under their own laws.

However, many argued that the law violated the Tenth Amendment, which reserves to the states the powers not delegated to the United States. Four justices believed that the requirement did impair the rights of the states. But led by Justice Cardozo,  the Supreme Court argued that the law encouraged states to enact compensation laws, not coerce them.

Ironically, people continue to argue that unemployment insurance violates the Tenth Amendment. But no traction yet.

I am a strong federalist and do not believe that state rights go very far. The fundamental concept of a state revolves around the laboratory system. States should have the right to try new agendas and concepts, like Wisconsin did. But the federal government should be able to at any point supersede what the state wants to do if it fits within the implied powers laid out by the Constitution. In other words, if the federal government deems something necessary and proper to enact a power laid out in the Constitution, it becomes in their right.

This week, I listened to The Moment with Brian Koppelman’s interview with Josh Ritter, a singer/songwriter I have listened to for several years. Somehow I had missed a 2015 album he put out, Sermon on the Rocks. His prior album, So Runs the World, played a special role in my life in 2010 and the video for The Curse will forever play in my mind.

Sermon on the Rocks sounds incredibly different than Ritter’s prior work. He appears to have combined some different styles away from the indie-country-folk-rock sound. His lyrics remain as sharp as the previous albums, but add a weightiness that many of his prior works lack. They told great stories but did not have the emotional drive that many of the greats create. I need to listen a few more times and take notes. But I’m working hard to begin listening to more music again and finding an album from 18 months ago from one of my favorite artists makes me realize I’ve been dropping the ball.

As I woke up to the flicker of lightning, I heard the rain continue to pour off of the roof onto the sunroom’s roof onto the deck.