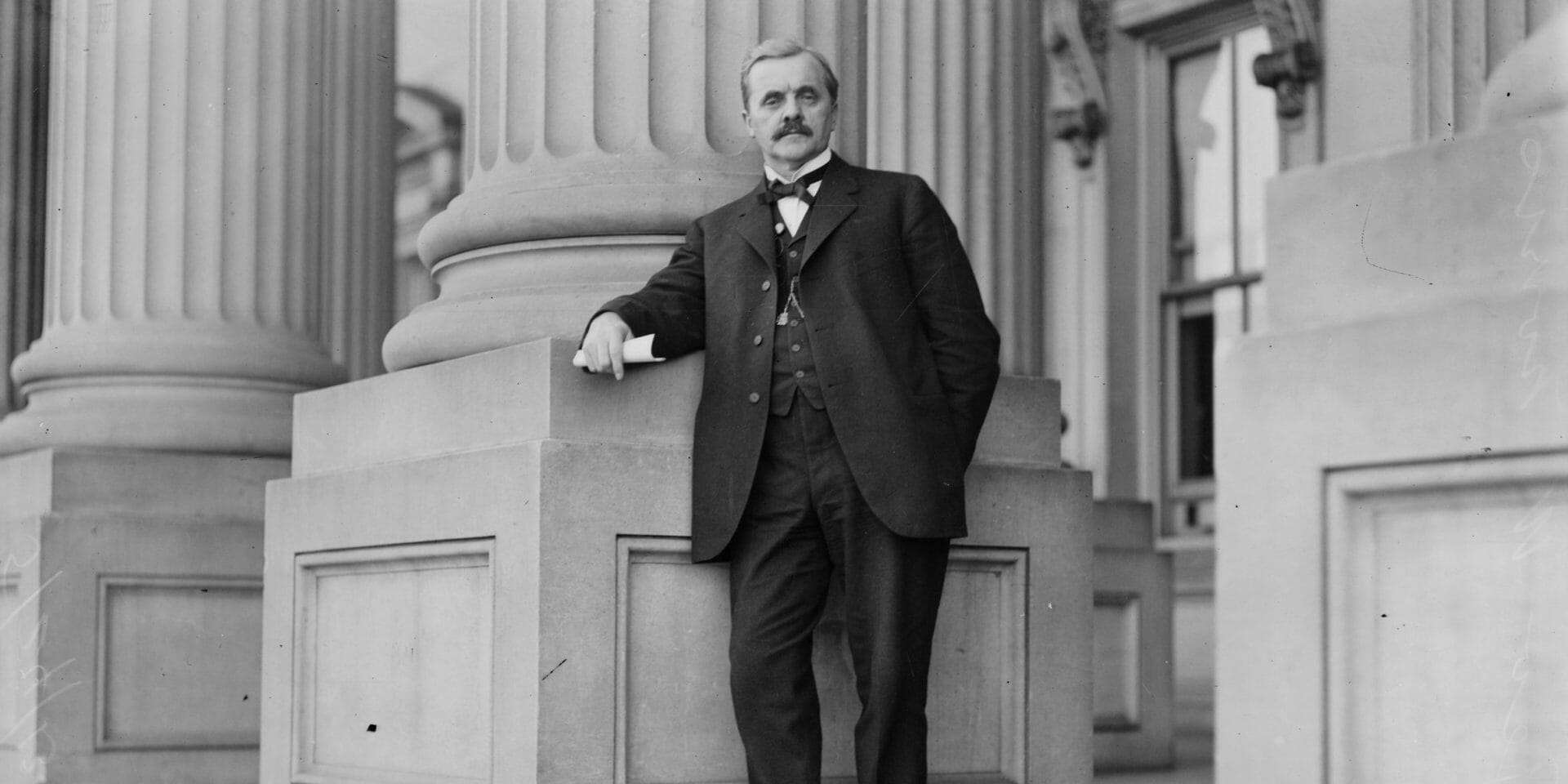 Our house got very quiet today as my nephew and family left. We are left with lots of great memories, some laundry, and baby colds. But I think we won’t have to throw away any blueberries this week!

On February 6, 1933, An Almanac of Liberty tells us about George W. Norris, a Republican Congressman and Senator from Nebraska., who had sponsored the Twentieth Amendment, watched the lame duck session of Congress pass into history. Previously, the terms of all Congressman and some Senators ended every second year on March 4, which meant that from the election in November, until March 4, a lame duck sat in the seats of Congress. The Twentieth Amendment moved the start of the term and the day that Congress convenes to January 3, with the President’s inauguration beginning at noon on January 20.

I have fought the good fight with all that was in me. Now there is no strength left. Other hands must take up the burden. Remember, the battle against injustice is never won.”

Whether or not this was true, we may not know as Douglas loved to tell a story. But we do know that President John F. Kennedy wrote about George W. Norris in Profiles of Courage. 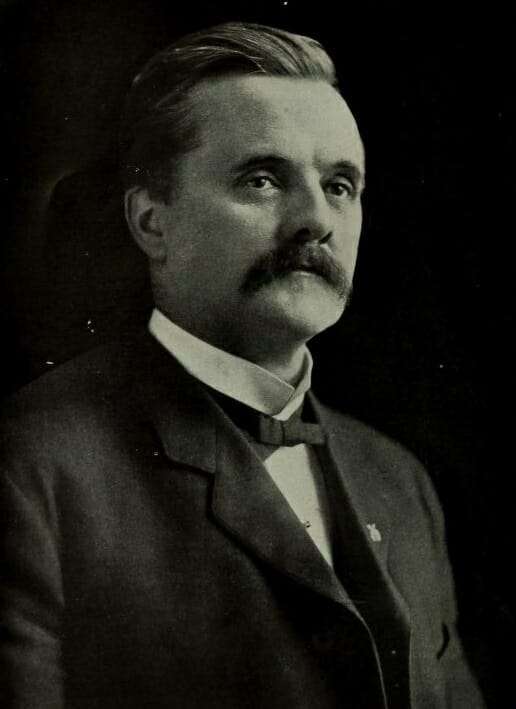 Kennedy lays out a world where George W. Norris held a tattered piece of paper in his pocket. This tattered piece of paper would change the power within the wall of the House forever. Norris wanted to introduce a resolution to have the House, rather than the Speaker, appoint the members of the House Rules Committee, which even today, decides what happens in the House. In other words, George W. Norris, a Republican, wanted to end the dictatorial power of the office of Speaker of the House, even though the man currently holding that office was a fellow Republican.

With several other Republicans and many Democrats, Norris was able to change the leadership power structure. At the time, this leadership was known as the most ruthless and autocratic in the history of the House. Who knows what they would have thought of the power plays that the Republican leadership had used in the last four years? I doubt George W. Norris would have approved.

Norris had decided to thwart power that placed party above all other considerations, a power that fed on party loyalty, patronage, and political organizations.

Kennedy quoted Norris (Profiles in Courage, 211) and many times on the campaign trail:

I would rather go down to my political grave with a clear conscience than ride in the chariot of victory as a Congressional stool pigeon, the slave, the servant, or the vassal of any man, whether he be the owner and manager of a legislative menagerie or the rule of a great nation…I would rather lie in the silent grave, remember by both friends and enemies as one who remained true to his faith and who never faltered in what he believed to be his duty, than to still live, old and aged, lacking the confidence of both factions.

President Woodrow Wilson requested legislation to arm America’s merchant ships, which had overwhelming support after the Zimmerman telegram. However, with a small group of opposition, including Robert La Follette of Wisconsin, George W. Norris filibustered the bill to keep a vote off the floor before a new Congress was seated. Norris hated war and feared how big business stimulated the progress towards war. Even 100 years ago, we worried about the military industrial complex – or at least some people did.

Guided by his own conscience and not his constituents, George W. Norris debated day and night. He later recalled the last moments (Profiles in Courage, 218):

In that chamber, men became slaves to emotion. The clash of anger and bitterness, in my judgement, never has been exceeded in the history of the United States. When the hour hand pointed to the arrival of noon, the chairman announced adjournment. The filibuster had won. The conference report which would have authorized the arming of American ships had failed of Senate approval…Tense excitement prevailed throughout the entire country, and especially in the Senate itself…I have felt that from that day to this the filibuster was justified. I never have apologized for the party I took in it…We honestly believed that, by our actions in that struggle, we had averted American participation in the war.

However, back home, Nebraskans were not happy with their senator. But George W. Norris set out to organize a meeting where he would explain his positions to the crowds. No Republican party leaders would help Norris set up this meeting, but in the end over 3,000 people showed up. And he started the conversation with, “I have come home to tell you the truth.”

In the end, the people continued to disagree but the anger had subsided.

The Presidential Campaign of Al Smith

Earlier, George W. Norris noted that “one by one I saw my favorite heroes wither…I discovered that my party…was guilty of virtually all the evils that I had charged against the opposition.” In 1920, Norris could not support Herbert Hoover, who he believed was in the pocket of Big Energy. Instead, he supported a Catholic from New York, Al Smith, based on his progressive beliefs and Norris’s feeling that progressives had no choice but Smith. However, he continued to remain a Republican.

Shall we be so partisan that we will place our party above our country and refuse to follow the only leader who affords us any escape from the control of the trust? … It seems to me we cannot crush our consciences and support somebody who we know in advance is opposed to the very things for which we have been fighting so many years.

I believe I can hear the same sounds coming from the Never Trump movement. This speaks to me because I do like the maverick. I like the Republican who supports Democrats and I like Democrats who support Republicans – as long as they are not opposed to the very things for which I fight.

I tremendously enjoyed reading about Sen. George W. Norris in Profiles in Courage. Slowly crafting a short essay based on a few readings reminded me how much I enjoy researching and discovering people, places, and things. When I began at my job, I was a writer who worked on tax issues. I knew nothing about taxes, but enjoyed navigating all of the issues I had no idea about. As I have worked these past almost 9 years, my role has changed and I do not get to read or research tax law often at all. I miss it.

One part of this daily writing ritual has been the research and creation of the prose. Many days it can be an utter chore and when I notice that 5 people may have read what I wrote, I get a little upset. But I have learned a lot about myself and my political beliefs and I am only 17 days into this experiment. But at the same time, I have written more words in the last few weeks than I have written in several years.

It may not be the novel that I still have stuck in my larger than normal skull, but it is daily writing. I also promise that the daily distractions will get better. It continues to be the part I struggle with. I don’t watch as many TV shows or movies, read as many books or comic books, or listen to as much music as I would like. But I have enjoyed getting to write down my thoughts in a few hundred words each day.

Once you start smashing the blueberries, you’re done.