Louis Brandeis, The Great American Baking Show, and a Frisbee

I woke up this morning to some disappointment. For the last month, I have been preparing to give a short presentation to a group of high school students on political polling. I created a short PowerPoint presentation with examples and interactive ways to bring the concepts out. Unfortunately, we got some snow. Just enough to delay school a few hours and my lunch break presentation needs to disappear. We are hoping to reschedule and I enjoyed putting together the presentation. But nonetheless, a touch of disappointment with the touch of snow.

My  Country – Louis Brandeis and “Other People’s Money”

In 1914, future Supreme Court Justice Louis Brandeis wrote several essays in Harper’s, eventually called “Other People’s Money – and How Bankers Use It.” Brandeis’ central idea was that the large banking houses colluded with businesses to create trusts in America’s major industries. He felt that not only did trusts stifle competition, but also they became so large that they became unable to operate efficiently. Sound familiar?

In An Almanac of Liberty”, Justice Douglas outlines three Acts passed under President Franklin Delano Roosevelt to restore honesty and fair dealing to the financial markets after the start of the Great Depression. Again sound familiar?

50 billion new securities were created after World War 1. Half of them were worthless. The Securities Act required full disclosure of the character of securities offered. Ironically, Douglas had argued the Act did not go far enough when it became law because investors ‘either lack the training or intelligence to assimilate and find useful the balance sheets, contracts or other data in the registration statement, or are so concerned with a speculative profit as to consider them irrelevant.’ He called for a strong securities act integrated with a whole program of industrial regulation, with control lodged in the hands of an effective, efficient new agency.

“Other People’s Money” – The Securities Exchange Act of 1934

Douglas wrote, “Speculation in securities, stock market pools, and other ways of manipulating security prices were forces behind the creation of the bubble that burst in 1929.” As a result, Roosevelt created that effective, efficient new agency Douglas proposed in his arguments against the Securities Act of 1933 – the Securities and Exchange Commission (SEC), where Douglas would eventually work before joining the Supreme Court. Eventually, Douglas became the chairman and battled Wall Street as only he could. We could only dream of a chairman like Douglas to sit on the SEC regardless of party. Douglas succeeded Justice Louis Brandeis after this chairmanship.

Louis Brandeis was concerned about inter-tangled businesses and the “Curse of Bigness”.Public utility companies had built empires where by 1932, 13 of them controlled 75% of the private utility industry. Their transactions became so inter-tangled that Louis Brandeis could not have dreamed of the knot. The government enacted a remedy with two requirements. The first was to simplify the holding company structures. The second was to geographically restruct the holding companies to appropriate units.

There was nothing unanticipated in this first disturbing week of the Trump administration. It will not get better. Americans should therefore steel themselves, and hold their representatives to account. Those in a position to take a stand should do so, and those who are not should lay the groundwork for a better day. There is nothing great about the America that Trump thinks he is going to make; but in the end, it is the greatness of America that will stop him

Just on the Muslim Ban 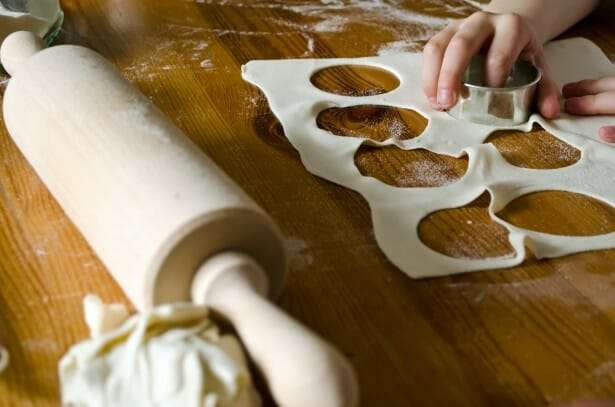 Yesterday, we finished the season of The Great American Baking Show, which is the American version of the British show. The biggest difference is one new judge and the new hosts. Mary Berry continues as a judge but she is joined by married couple Nia Vardalos and Ian Gomez as hosts and co-host Johnny Iuzzini. Overall, ratings were pretty terrible and reviews were not much better.

There were other small differences. It did not have the safe PBS/NPR vibe to it. They definitely tried to amp up the stakes a little in the music and tones with commercial break cliff-hangers. The challenges did not seem as in-depth or difficult with the finale basically being a cookie bake-off. The British version makes it seem like a very long process where each week the contestants return to the tent from their homes where they practiced and practiced and practiced. Instead, this seems like a filmed series that took place over the course of a few days or weeks, like most reality shows. But it remained great winter viewing.

The change in judges and hosts seemed fine. I actually like Nia and Ian a lot. They add a lively level of energy and humor to a relatively milquetoast show. But the spotlight continues to remain on the contestants and their creations, not the judges or hosts. People like the hosts in the British version but I find them to be a little too NPR funny and not really funny. Johnny is likable, which may be the problem. Instead of having a bit of a grouch or a naysayer on the panel, both judges want to like everything and want to have the contestants to smile when they walk by. It does not make for a bad show, but people like having an enemy in reality shows.

In the end, the show, in any iteration, makes me want to get a KitchenAid mixer and bake more often. The people on the show are genuinely nice. I like to watch them struggle and imagine how to work with so many different pastries. Most likely, the show will not return but this was an enjoyable TV show in a time when I just wanted to watch something pleasant.

With a retractable 8 foot pole, he used the gutter cleaning claw to fetch the Frisbee that went into the neighbor’s yard – a man who would not return even a wave – to the glee and excitement of the seventy-five pound Rottweiler.