Another night where I did not sleep very well. And the gray day without sun has not helped. I really don’t even know what to write. This one is going to be short.

We all learn in U.S. History class about the veto power. The President has the ability to veto a bill he or she does not approve of as a check on legislative injustice and encroachments. The Founding Fathers disagreed about the level of this power. They ranged from Alexander Hamilton believing there should be no override to several believing that the judicial branch should be the check on legislative overreach. In the end, the veto was given to the President and the Congress can override the veto.

Generally, political parties split the Congress and the White House. Therefore, this check does provide more the ability to negotiate and work together – up until recently. Once partisanship took over, it did not matter. Congress did not do anything. And the President would veto anything that they did do. In other words, the grinding gears of democracy flow through molasses.

This could be an important component of our democracy, except that because of this inability to work together, the executive branch has taken over most of the power as the legislative branches wait in the wings, complaining but with nothing to do. One day, hopefully, we will return to an honest government.

Daily Briefing – Not Too Many Today 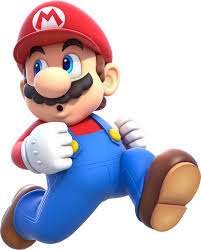 In the past few weeks, I focused on playing Super Mario Brother Wii U because it does not take much brain power to play. I never have to remember which level I was on. The story does not matter because it does not change. This may have been the first time that I completed an entire Super Mario game (outside of the originals). I would basically get bored and race to beat the game. Mario never experiences the special levels or get the special coins in my hands.

So, I recommend completing things. I start lots of things – books, stories, games, etc, but I rarely finish anything.

There are no reasons not to. I’m hoping 2017 will be the year that I do finish things.