I have completed one full week of this, so I’m pretty proud of myself. I’m hoping I get stronger at this and continue writing. A lot of work goes into each entry, so I also hope you enjoy it.

If you’re as heartbroken by the unamerican and hate-filled move regarding refugees today, donate to the International Rescue Committee. I signed up for a monthly donation. It is not much, but every little bit helps. Be the American you want this country to have, not the American that we appear to be. One Holocaust Remembrance Day, we must remember the world’s apathy as millions were slaughtered. Because today, millions need our help. And we are returning apathy to them.

“Imagine what gon’ happen when you try to tax our whisky”. The First Congress imposed excise taxes on domestic distilled liquors, including whiskey. Then Congress enacted a law that allowed the President to empower a militia to suppress any obstruction that could not be ended by judicial proceedings. In 1794, the Whiskey rebellion became such an obstruction. President Washington sent 15,000 troops and marched against them. Of course, there were several other demonstrations that occurred regarding these taxes. And the people against the taxes learned to really fight  that tax, a Whiskey Rebellion wouldn’t help, instead they voted for the Democratic Republican ticket and Thomas Jefferson in 1800. The tax was gone in 1801.

It leads to a good question: what do you want your government to do when someone does not comply? Is civil disobedience a good thing or a bad thing? I suppose in most cases, judicial proceedings will be enough. And I would expect the judiciary to take care of any insurrections, if illegal. However, I do believe that mass demonstrations and public assembly are central to our democracy.

But when I think about groups like the Bundy standoff in Nevada, that’s not the way to go about anything. Certain rules need to be followed. However, at this time where I cannot stand which many of the decisions that the government wants to enact, how can I act like the Whiskey Rebellion but not the Bundy standoff? What peaceful means should I use to stand up for my democracy and then join with the party that wants to turn back all of the decisions I disagree with?

In the end, I will peacefully assemble and let them know I disagree, as the Whiskey Rebellion, but I will not pick up arms. Although there were arrests, no one was killed in these skirmishes. That needs to be the lesson. Liberty needs to be fought for to maintain, but it cannot invoke violence. 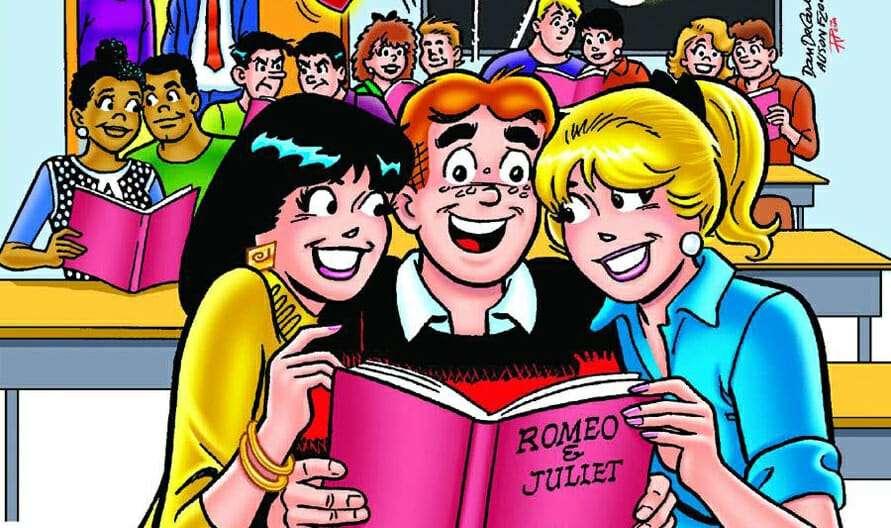 I never read Archie comics consistently. I believe I picked up an issue here and there as a kid. But I knew the characters. And I liked the song Sugar, Sugar.

Archie has had a rebirth in the last few years. The comic book company moved past a very closed environment, hired Roberto Aguirre-Sacasa to write Afterlife with Archie, and rebooted their entire line with comic book stars as writers and artists. Their first hit, Afterlife with Archie, took the premise of one of the original Archie serieses (Life with Archie) and turned it into a Walking Dead/zombie story with the characters we all knew from Riverdale. Although the publishing schedule has been horrendous, the book lit up the sales charts and brought people from the comic book community into the Archie fold.

To continue this success, they launched Archie, written by Mark Waid with art by Fiona Staples. It included a modernized version of the teenage romantic comedy we all have in our minds, even if we read nothing before it. In the first 12 issues, Waid has created the universe, introduced the characters well, and has had the benefit of fantastic artists who gave the characters wonderful designs and great comic book styling.  Waid has introduced all of the major players, kept the stories simple, and most of all, brought his humor into the characters.

The Jughead book has also been fantastic. The run started off with Chip Zdarsky (Howard the Duck, Sex Criminals) and Erica Henderson (Unbeatable Squirrel Girl) but they passed the baton to Ryan North (Unbeatable Squirrel Girl) and Derek Charm (new to me). The premise of the first storyline was that a new principal was taking over Riverdale High. And only Jughead knew the elaborate plans and could imagine the reality of this change. Escapism at its best.

Last night, a new CW teen drama began. Shockingly, it stars the same characters that I mentioned above. Imagine taking the stories of Archie, Betty, Veronica, and Jughead and sending them into Twin Peaks and Bates Motel. With intrigue, incredibly attractive people who never look like the are in high school, and soft lighting, Riverdale began with the Blossom twins on a boat. Only one came back to shore. As the town reels from this death, Veronica Lodge appears. You cannot start an Archie story without the arrival of the third corner of the love triangle.

Riverdale is overly dramatic, overly stylized, and overly sexual. But that’s what you want in a soap opera. The only difference – we all know these archetypes. Give all of the Archie properties a try. From zombies to Twin Peaks to humor comic books, escapism and positive nostalgia with diversity and hope brings 2017 the light we desperately need.

Although she brought a book to the table while she ate her lunch, she watched the rest of the room and nodded with every movement instead of flipping open the cover to read.