I Don’t Have Kids, I Have Politics 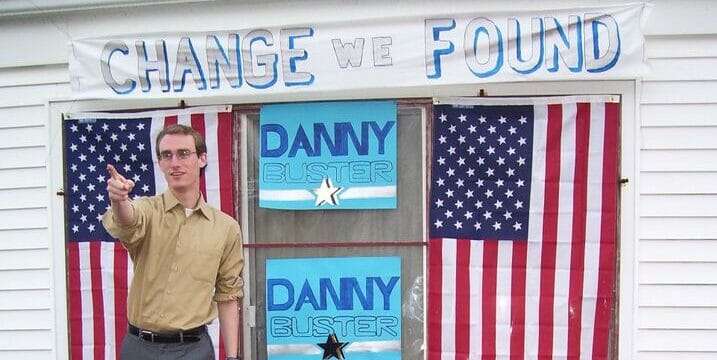 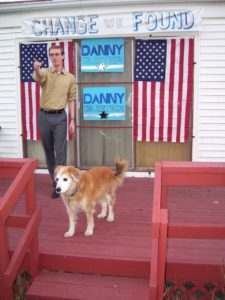 Every election season, I see a number of posts on Facebook where people are pleading that all the political posts don’t change minds, so therefore stop posting anything about politics. The new one that I have seen this election is probably the most troubling posts I have seen and it isn’t anything about a candidate.

The post declares that the user is tired of all of the political posts. Instead of ignoring the posts, if anyone likes the post the user shares, they will give you a letter, so you can pick a song or artist you like that starts with that letter so that feeds are then populated with songs instead of politics. This is the definition of sticking your head in the sand. Imagine if I told you that I was tired of looking at pictures of your family, thoughts about your dinners, feelings about a sports team, or ridiculous memes, so I posted something that if people liked it, I would give them a political philosopher to post so that I didn’t need to see any more pictures of children.

I understand the feeling because for some reason people want Facebook to be a neutral zone where everything is hunky dory. And I’ll be honest – my news feed is 90% news stories now because Facebook has noticed that I don’t like or click on things from friends or family often. But I like any story that I read that hits a nerve. So, I don’t see all of your cat pictures, family photos, visits to stores or restaurants, comments about TV shows or movies, little thoughts about life and what you’re doing. I see what is happening in the world because that is my news.

But I love news and always have for one reason: I love this county and I love politics. And I love discussing both. We see every single national holiday the list of reasons why veterans or our armed services protect this county, including the rights of life, liberty, and the pursuit of happiness. But those rights are meaningless if we do not participate in a democratic fashion. And in our modern age, Facebook posts, tweets, and Instagrams are part of that dialogue. And for me, since I do not have a daily discussion group in the real world, it’s my only dialogue. I don’t think I’m alone in that. We all spend more time on these social media platforms each week than we do in public squares. And the only way that people seem to want to go into a public square is by following a Pokemon into one.

I get it – you have been told that talking politics and religion with people are not proper subjects. But in a democracy, that’s the only way we can participate. We are told that it is not polite to ask someone what their politics are and the only times anyone talks about them is when they agree. Otherwise, things get too heated and then everyone agrees that it was a waste of time. I have many people in my life who are Republicans and many people in my life who disagree with me on general political concepts. That doesn’t change who they are. What changes who they are is an unwillingness to have that discussion and as I posted recently, that has not been the problem I have had with my more conservative friends.

I get it- you’d rather think of the world as a happy-go-lucky place until your world is shaken and then it is okay for you to post. But social media is social. It is not your soapbox where you get to vent and no one else gets to. You care about your things and I care about mine. Do not belittle mine unless you want me to not care about the things that matter to you.

Politics are important. And for me, they are more important than any other endeavor I participate in. I don’t post pictures of our vacations or the dog very often. I don’t have kids to take daily photos of. Instead, I have news stories that I read that I believe are important. I have people in my feed that I want to have conversations with. It’s one reason I have begun to prefer Twitter where I can have those conversations (generally) with people and I never see people telling the world to stop talking about politics.

Posting anything political should not be about changing minds because that is a result. Posting something is about shining a spotlight on an issue or a concept or a belief so that someone else may understand why something may make you happy, sad, or both. It’s the same reason why you post anything on Facebook. You want to begin a dialogue. You want someone to say that your kid looks great or that the stop you are visiting is beautiful. But I don’t have kids, I don’t have vacations, I don’t eat out – I have politics.

I truly believe that the cynicism and pessimism that people feel for our country and our government is based on the fact that we isolate ourselves from other points of view because we are afraid what discussion can mean. We create borders in black and white – that there is a correct side and a wrong side. But in general, that isn’t true. I won’t stand here and say that I believe Donald Trump is not wrong because I do believe he is exactly what our Founding Fathers feared when they wrote the Constitution and that everything he stands for is apropos to the American experience. But if a family member or friend decides to support him, I do not blame them or think they are wrong. I think Donald Trump is wrong.

When I was growing up, I learned a fact about my family that I will never forget: the rule at a family gathering was that you can discuss anything and things can get heated but at the end, you hug, because you are family. I believe that about our country. Two people can adamantly disagree about something but can hug because we are family. We are all Americans. All it takes is perspective and an understanding of why someone believes something. I believe Facebook and Twitter and anything else helps with that.

And if you don’t like that, please just unfollow me. This is who I am. This is what I care about. I won’t be offended. That’s your call if you would rather cut me off. But from now until I die, I will be writing about, thinking about, posting about, and talking about our political system.