Being Blocked and Unfriended Online 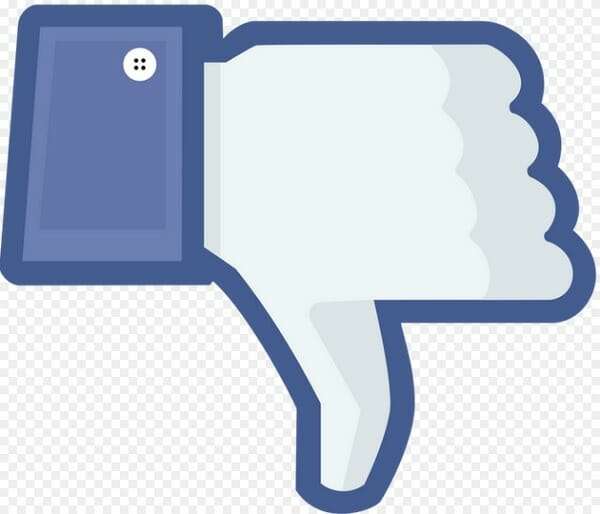 I have always been very political. In high school, I remember bringing the front page of the Chicago Tribune to school to read and re-read the story when John McCain beat George W. Bush in the New Hampshire primary. I felt that it was a turning point where a fake conservatism would be replaced with a politician who talked differently and acted differently in a time when we needed difference. I loved talking about it and I took that love to college, where I majored in politics and government and mathematics. I got into many disagreements and I am sure I annoyed a whole lot of people.

But what I learned this year is different. I learned that the people who cannot stand the heat in an argument are those who generally agree with you. I basically knew this before but it became more apparent this year.

On Twitter, I followed a comic book creator who I admired. He wrote a short story in a Vertigo book that I really loved, so I followed him. One day, he went on a liberal rant about the Democratic Party and I tweeted at him that it is easy to be mad at a party when you live in a liberal state. We had a nice discussion and we debated what it means to be liberal. And we did this for months until one morning when I mentioned that I thought it was weak for Bernie Sanders to not stand up after Brexit to denounce the vote. He denounced everything and anything he disapproved of but in this instance, he didn’t want to. This comic book creator argued that it would be bad politics to argue against Brexit since it wasn’t an American act. I replied that it didn’t seem to bother him to call out President Obama, Hillary Clinton, or just about anything else but because this vote, which would hurt middle class people far more than the 1% he states to want to focus on, was anti-free trade, that is what Bernie is truly happy about. The creator got angry with me and decided to call me condescending and then deleted me as a follower. I refollowed him and he was attacking me and people like me for not understanding the Bernie Sanders movement. And then I was not allowed to follow again.

On Facebook, I have made lots of negative comments about Donald Trump and a lot about Bernie Sanders and have posted many articles that would probably turn off my more conservative friends. However, only one has unfriended me this year. This is an academic who I went to college with who has always had a soft skin when you disagree with him. He has unfriended other people for similar things. So, instead of wanting to share personal stories or good memories, a disagreement between liberal mindsets was enough for him to decide that he didn’t want to be friendly anymore on social media.

This all reminded me of when I worked for Illinois PIRG going door-to-door collecting money to shut down coal fired power plants. I would approach a door with Sierra Club stickers or Democratic signs in the yard and I would think that this would be an easy sale. And in almost every case, I was wrong. They would tell me they do enough and that they don’t need to do anything more. On the other side of the aisle, many conservatives would confront me and start by saying that they won’t agree with anything I say but that they were interested what made me want to do this. So I would do my pitch and they would question me. I would use the facts I had learned and discuss it with them. In more than one occasion, they gave me money – not for what I was fighting for, but because I was fighting.

I honestly believe the reason why political discourse in this country is where it is at is because of actions like this comic book creator and the unfriend from Facebook. Overall, we probably agree on 90% of things but because they are unable to debate and don’t want to confront disagreements, they take the easy way out.

I have many friends I disagree with and that’s what a democracy is about. It’s not about agreeing with each other all the time but it is about engaging an idea and actually wanting to debate it. It’s easy to just ignore a post online or to unfriend someone. But that is not what our Founding Fathers envisioned with the First Amendment and the marketplace of ideas that they provided us.

I write this not for the people who unfriended me but for those of you who continue to follow me and who may read this and disagree with me on political issues. Thanks. Argue with me, disagree. Maybe even agree with me. But if you think that we cannot be “friends” on social media because of a disagreement in politics, then you really don’t understand what friendship is about.

I fundamentally believe anyone who engages in politics is doing because of something they believe in. I believe that overall politics is a noble field where people do good, not evil. Disagreement is not evil. Taking a different approach is not evil.