I Wish I Never Went to Pax Christi in Lexington, KY 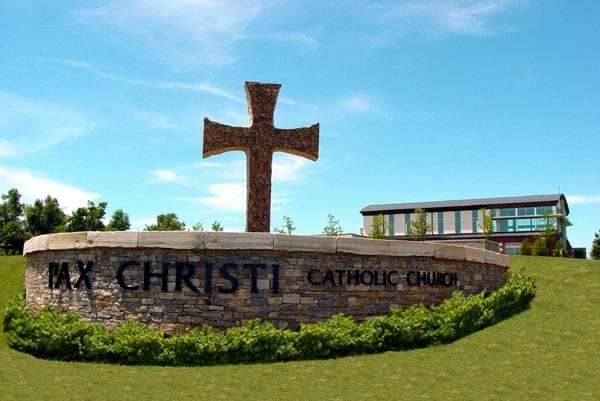 On the Fourth Sunday of Lent, I visited Pax Christi Catholic Church. Unfortunately, I don’t believe I will ever go back. When we moved to Lexington, I wanted to find a place to call home. I was hoping to find a Catholic church that would welcome me as I came. I had opportunities to attend services where that was true, but growing up Catholic, I always felt a sanctuary when inside of a church. From early on as an altar server to a law student who went to lunch masses at Old Saint Patrick in Chicago, it created a calm for me. I began to look for a Catholic church to call home and I began by searching the web. Pax Christi Catholic Church in Lexington was the first that appealed to me based on where we moved. 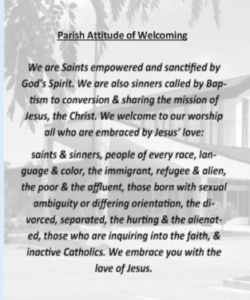 I researched every Catholic Church in Lexington and found the bulletin for a Advent service. On the cover was exactly what I was hoping for. It looked like words that Pope Francis would have written. I felt very happy. They welcomes “those born with sexual ambiguity or differing orientation.” I knew that this would not mean that they would be fighting for my right to get married but I took this as a sign that they weren’t going to be overly political. And in my many years of attending services in Chicago and Milwaukee, I never heard one political homily that I felt uncomfortable with. On occasion, there will be a prayer regarding abortion or gay marriage or divorce, but they were generally in broad terms without specific examples.

Before I got to church, I noticed that the gospel was supposed to be the Prodigal Son and I took that as a sign. However, I was looking at the wrong year. Strangely enough, so did the bulletin – which had a message from the Pastor regarding the parable that I hoped to her. Instead, they decided to not follow the Liturgy and instead read the Gospel of John Ch. 9:1-41.

“The power of what John does is that when we hear the story, if there is not a name, any one of us can step into that story.  We can see ourselves as a woman given living water, a man who is healed of blindness, and we can picture ourselves as a disciple loved by Jesus.” In the end, “The man in this Gospel received, not just his sight, but a gift of healing, wholeness and peace. He has a new understanding about the world, about life and about Jesus.”

I felt like it was the perfect Gospel for me to attend as I was entering a new place and trying to find some of that wholeness and peace. However, instead of finding that, I became incredibly uncomfortable. A few weeks earlier, Justice Antonin Scalia passed away unexpectedly. Though not really relevant to this post, I enjoyed reading his opinions, even if we disagreed on issues. However, the homily on this Sunday was about what we were blind to and what his death meant. The focus was on the Supreme Court and how they will destroying religious freedom in our country and our blindness to this fact is what is making us separated from Jesus. He called out marriage equality specifically as a main cause of our blindness and that to truly heal and become whole with Jesus, this destruction of marriage needed to end. I wanted to leave right then and there.

I’ll be honest – I don’t expect the Catholic Church to ever let me get married within their church’s walls and that is fine. But I have a problem with Pax Christi having an “Attitude of Welcoming” that says that I would be welcomed and embraced by Jesus’s love regardless of my sexual orientation and to then have to listen to how my loving relationship is in need of a cure.

I was blind for a long time – that is true. I was blind to the fact that I could be happy at all. I did not feel whole or at peace. And then I accepted who I was and allowed love to enter my life. And I believe that if you asked people who didn’t know me before I met Brian if I was ever blind, they wouldn’t believe me, just like the Pharisees. Yet, here I stand. And although I am still in search of a church, I know that I don’t need to be blind to false words of welcome and instead can embrace Jesus’s love elsewhere.