A Swiss Melt and Corn Pudding

The bell over the door dinged. A couple of older couples were at booths on opposite sides of the diner. The man who entered the door asked, “Are you still serving?” The woman near the cash register responded, “It’s only 7:30. We got lots of hours of pie service left ahead of us.” She bent down to pick up a napkin she noticed on the ground, popped back above the counter, and continued, “Table for one?” The man nodded.

“Follow me.” Mary was twenty-six and had worked at Pete’s Inn for 9 years since she finished high school. The wages weren’t great but she needed to pay for her daughter and her constant need for food, shelter, and larger clothes. And Pete was a decent enough guy when it came to emergency days off when she needed to go to the pediatrician or a school function.

“Would you like something to drink while you look at the menu? We have Pepsi products and lemonade.” The man answered, “Just water.” Mary said, “I will expect a big tip out of you by the end of the night.” She giggled and lit up the back corner of the diner where she seated the man. She handed over a menu and walked back behind the counter for the glass of water.

As she wandered around with the water to check in on the regulars, Zach glanced through the menu. It had everything you could imagine a diner having – hamburgers of different shapes and styles, skillets with potatoes, eggs, and meat products, soups and chilis. The problem was he wasn’t that hungry. He was trying to kill some time.

Mary placed the water down and asked if he knew what he wanted. He asked for her opinion and she smiled. “I know it’s Valentine’s Day and I like the flirting but my boyfriend is waiting for me at home.” “Mine is working down the street,” Zach said with a small smile on his face and a look up at his hostess. “Well, then I have nothing to worry about. What’s your name?” “Zach. And yours?” “Mary.” “I have always liked that name.” “I’ve always liked the Swiss Melt.” “Then I will give it a try.” The pen moved quickly in Mary’s hand as she wrote something that seemed much longer than the order Zach placed. She smiled again and said she would put the order right in.

Pete’s Inn turned a Swiss Melt around in ten minutes without any problem. Zach stared out the window and watched the traffic on the street. Snow fell softly every few minutes to shine light off the moon into multiple directions. He wished that he could be having a Valentine’s Day dinner with his boyfriend instead of eating alone at a dinner in an area of town he wasn’t very familiar with.

“What are you thinking about?” asked Mary, who was now seated opposite Zach.

“Where does your boyfriend work? I haven’t seen you before.” “He is at a conference at the hotel down the street. He has to give a presentation on some sort of fruit fly.” “And you didn’t want to sit in on that?” Zach smiled, “I’ve heard enough about it.”

Mary tapped her fingers and said, “Where are you boys from then?” Denver.” “Never been. But welcome to here. If you need any tourist advice, ask away!” Zach laughed, “Okay. But I think I am getting enough of the feel of this town this evening. It seems like a great place.” “It has its moments.” “How long have you lived here?” Mary began to count on her fingers and said, “All my years.” Zach nodded.

Another bell rang and a plate slid through a metal hole in a wall. Mary stood up and said, “That’s yours. I added a little something to it from Pete’s best sides. Hopefully, you like it.”

Zach watched the young woman with beautiful red hair skip away. The waitress smock showed all of her physical deficiencies but she didn’t seem to mind. Zach looked down at the table and moved the silverware around and grabbed a couple of napkins. By the time Zach was done rearranging the table, his plate was being placed down with a larger burger on rye bred, a pile of coleslaw, some French Fries, and a corn pudding.

“Wow, Mary, this looks great. Thanks. You have made this a special Valentine’s Day dinner for me. Why don’t you join me?”

“Do I get something to eat then?” Mary said, already walking over to the pie cabinet to grab a slice of apple crumb. “Thanks for paying for this. I already had dinner, but this slice had been looking at me since about 4.”

The two ate in silence for the first two and a half minutes. Zach kept his eyes on his date and she smiled widely at him as she took a few bites of the pie. “How’s the burger? Good, huh? And the corn stuff. I love that. I could eat pounds of it. I usually do eat pounds of it. My daughter loves it too.”

“It is all delicious, thanks for the recommendation. So, you have a daughter? What’s her name?”

“Elizabeth Nelson Montgomery. I named her after my grandmother, her father, and well, my last name.” “Is her father your boyfriend?” “Not anymore. He went to college instead. He’s alright. Does good by Liz but we’re alright without him. My boyfriend, Frank, is a great father figure for her. He works at the elementary school. We are lucky.”

“Big plans with him when you get home?” Mary continued to smile and said, “I think I will bring him some pie and he usually has a nice vase full of daisies for me.” “That sounds like a wonderful end of the work day,” said Zach. “Speaking of which, do you get to leave soon?” “Yeah, my shift ended about the time you walked in.”

Zach turned red. “I’m sorry. You should go home to your daughter and Frank. I can finish the rest of it on my own.” Mary shook her head and said, “You looked like you could use the company. I am glad I stuck around.” “Well thanks.”

The two returned to eating their respective meals and would look up to smile between bites. The two other couples began to stand up to leave, so Mary excused herself and bussed the now empty tables. Zach watched as he finished his dinner and sipped from his water cup. Though he was still a little upset at Brent for setting up a talk on Valentine’s Day three hours from their house, Zach had one of the better meals he has had in a restaurant for some time. And it cost less than a fifth of their usual meal out on the town.

When Mary returned, she asked if he needed anything else. Zach said, “For you to go home.” He put down forty dollars and said, “Happy Valentine’s Day.” He stood up, put his coat on, and walked out the door. On the opposite side of the glass, he waved at Mary who took the money and walked back to the cash register. She rang up the bill, put the ten into the machine, and pocketed the change for herself.

Mary walked over and cleaned off the table. She could see Zach turn around to look back at the diner and she waved. He didn’t return the wave, but she assumed he couldn’t see her at that angle. After cleaning up the last table, she looks at the clock which read 8:10. She called back to Pete that it was after eight, so she was headed home. He yelled through the same metal hole that the Swiss Melt came out of that he would see her tomorrow. She responded with a few well wishes and a Happy Valentine’s Day.

She walked out the front door and headed to her car as she put on her coat. The car hiccuped but started and she headed home. She passed the hotel where she assumed the fruit fly convention was occurring, but she did not see Zach. She smiled and giggled and looked forward to telling Frank about the thirty dollar tip. Liz could use some new shoes.

The radio played a few songs before she arrived in her dad’s driveway, which did not need to be shoveled. She turned the car off, grabbed her purse, and exited the vehicle. She walked up to the front steps and opened the door. All three of her family members were waiting for her with a rose apiece. “Happy Valentine’s Day, Mommy.” 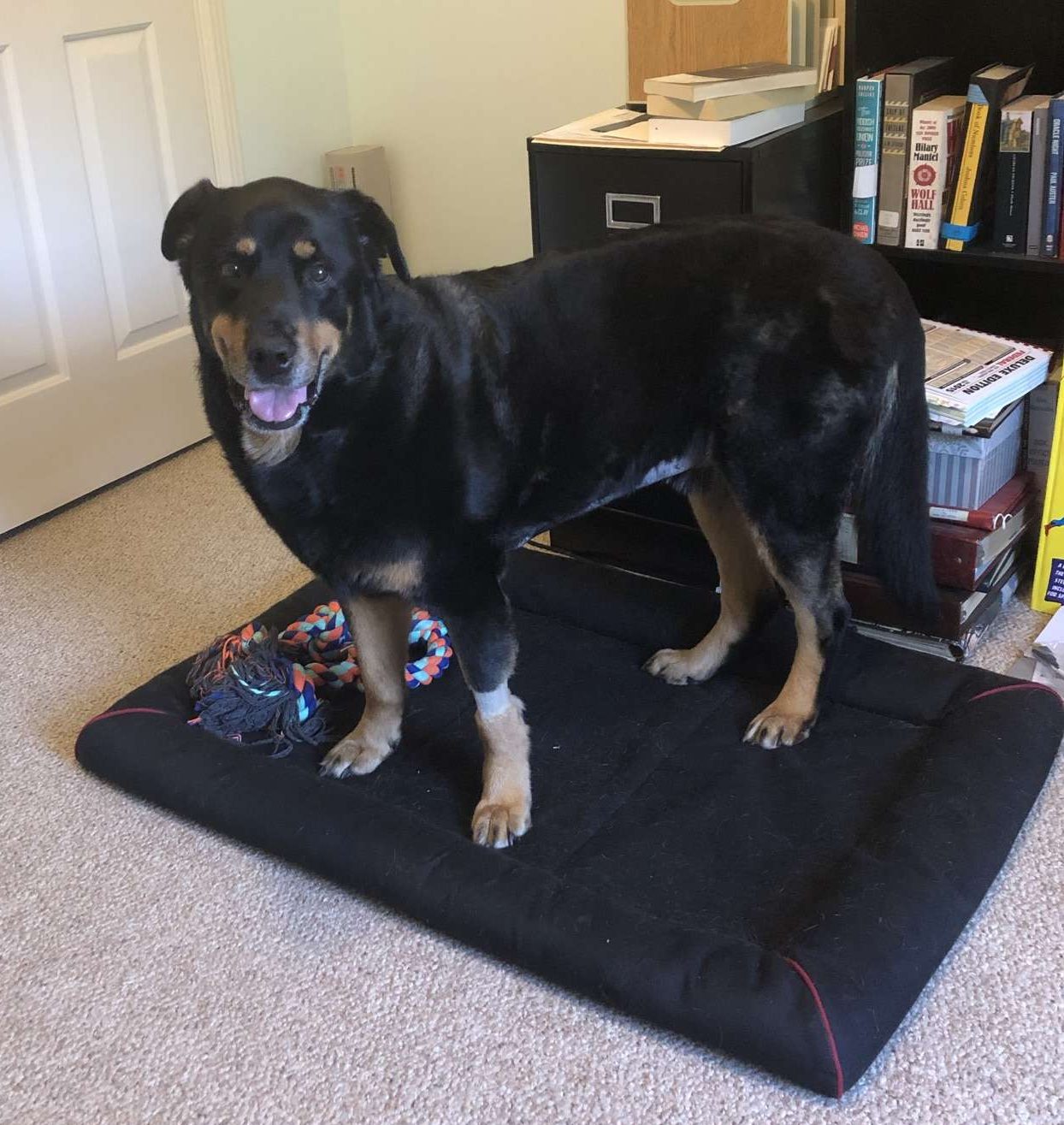 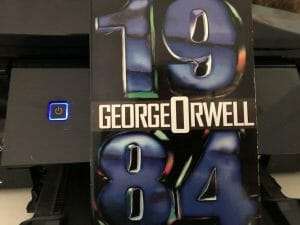