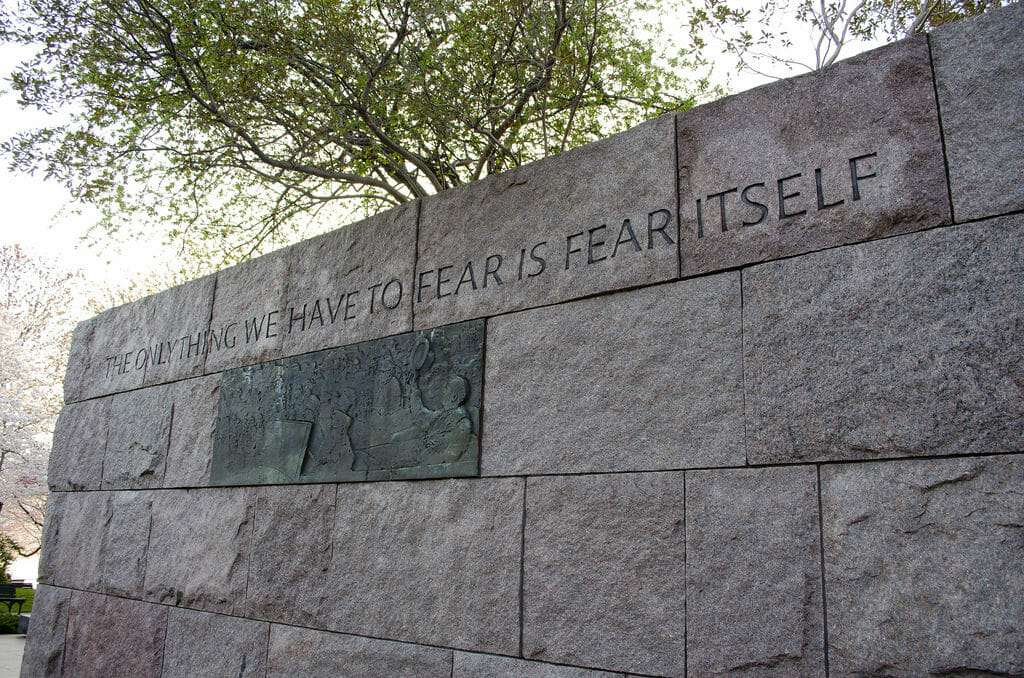 I mistakenly turned on the news this morning. Although I have done my best to avoid cable news, in light of the horrors of the last few weeks, I occasionally turn on MSNBC. For about ten minutes, I watched Morning Joe. Regardless if you find them entertaining or informative, two arguments stuck with me in regards to the murderous attack on Las Vegas.

We excuse behaviors of certain people too easily as a fact of life.

Peggy Noonan and Joe Scarborough began to discuss why anyone buys a military grade weapon. They go back and forth about how they think they will protect themselves from the government. Noonan does her typical discussion about how society and culture have eroded. The apocalypse is coming! She even talked about how a man cannot find a decent job.

And therefore, this individual needs to have a gun that can shoot dozens of people in seconds with bullets that pierce body armor. Makes sense to me! Close the factory due to efficiency and give them a gun on the way out. The best type of severance package…

The problem is – this is not a new phenomenon and we do not accept this argument from any other culture. I was in high school when Columbine happened. We learned how to hide in a corner with a shade drawn if an attacker comes into my school. I had announcements where they would tell us of a warning and we were free to go home if we did not feel safe. What reason did that person have such a gun? Why did the family in Newtown, CT have so many guns? Why did this guy have 42 guns? Because it is a fetish, not a necessary.

How many sitcoms have you watched where the female character makes a joke about the number of shoes she has? Well, she needs one for every occasion. [laugh track]

That is why someone has 42 guns. For the same stupid reason. You cannot use 42 pairs of shoes and you cannot use 42 guns. It’s to show off your power and wealth. It’s to cover up something horrible in your mind. You become a “collector.” Except these are not baseball cards. Each one of these weapons destroys a family. But he needs them because the culture has left him behind. That’s utter garbage.

When you read an article or watch a documentary about ISIS, you learn about men who have no future, who believe that the world is ending, and western society (culture) are the cause. And we deem these individuals as pure evil. I doubt Peggy Noonan will justify their actions because they cannot find a decent job and find western culture distasteful. But those are the same reasons she presents on why a middle-aged man needs an assault rifle or 42 guns. Again, utter garbage.

For the past three weeks, the most important news story has been about NFL players kneeling during the national anthem. Because that truly matters more than anything (Puerto Rico…). We have had to listen to commentators, a President, and a lot of his staff tell us that it is un-American to “disrespect” the flag in that way. Outside of the fact that I believe football to be one of the greatest sins on our country as we let people slowly kill themselves for our entertainment, this again is utter garbage.

We have justified why people need an arsenal in their homes due to a fear that the federal government will come and tell them what to do. And what will these patriots do? Defend themselves and their families by shooting whoever tries to tell them what to do. You know, with fully automatic weapons like in a war zone. But that’s patriotic – it’s defending yourself for what you believe in a violent way because you don’t like something the government may do to you.

Kneeling…where’s the violence? So un-American.

We Just Point Fingers Out of Fear

We try to justify the actions of an individual by saying someone did something to cause this. The only thing that caused this was that a man who obviously had no regards for human life could get access to a set of weapons to take out dozens of people and injure 500.

This has nothing to do with culture or society. An opening up of a culture to accept individuals for who they love, a shrinking manufacturing sector, less people walking into a church on Sunday, or whatever else Peggy Noonan wants to point to for a culture shock are not reasons to kill anyone. This has to do with people hating each other and pointing their finger at the problem.

We are the problem. Fix you.

We are the problem. We do not spend time talking to each other like human beings. Instead, we sit in our homes and watch TV. It becomes an event we need to post to social media if we go out for dinner, take a walk in the woods, or see friends. Otherwise, we just sit by ourselves. And we dwell.

If you live in fear of someone else or you think your life no longer has meaning because you lost your job, welcome to daily life as a human being. Pain and suffering echo through our lives. But it does not mean we get to hurt anyone else because of it. Hurting another human being is wrong 100% of the time.

If you do not feel like you fit into modern culture, figure out why and find a constructive way to feel accepted. That’s all the rest of us want with modern culture. But find that love somewhere.

If you lost your job because they downsized you and you feel like you have gotten left behind, network and find something you love to do. Work matters to all of us, but corporate culture does not care anymore about you. Don’t blame society. It has nothing to do with you. It’s all about them and what they believe their role in society now is: to make profit regardless of who they hurt.

If you’re scared, find a therapist. The world is not ending. There are lots of things to fear in the world but you cannot control almost 99% of them. You control yourself. And you do not need to respond with fear to everything you read or hear about.

And none of these fears mean that you could hurt anyone else. All of these fears are normal. But there are unstable human beings and amping up their fear does not make things better. These “ifs” can also just lead to unhappiness. Life is too short to spend it upset.

Work on the things you can change. Love the people you can love. Build on what you want to build. And just have hope.