Bigamy, Peyote, and Wedding Cakes: The Free Exercise of Religion 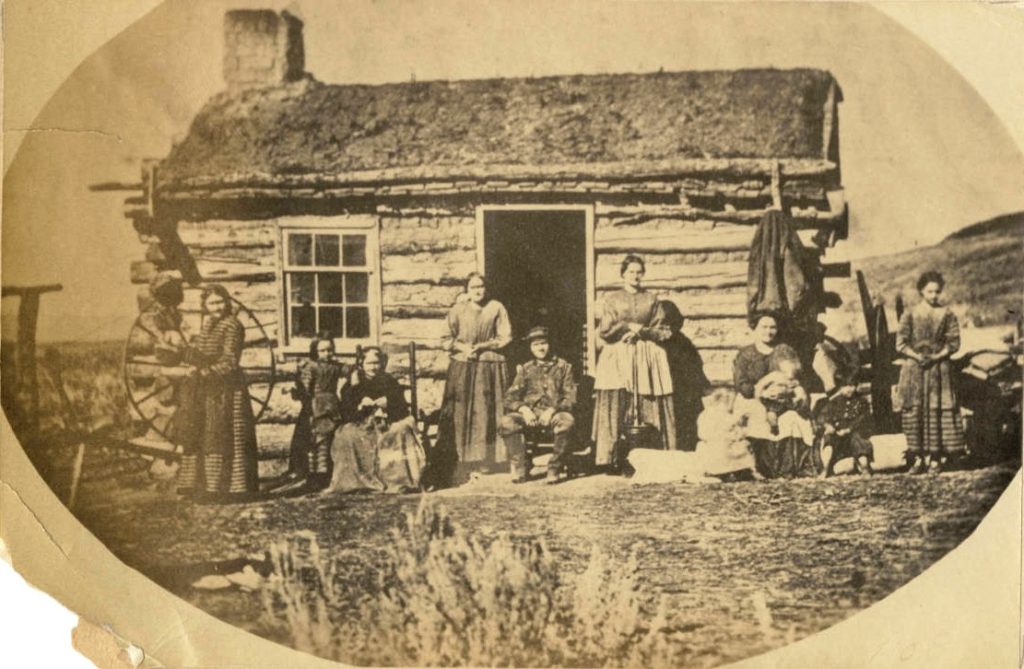 Groucho: “Well whadaya say girls? Are we all gonna get married?”

The Constitution forbids Congress and, through the Fourteenth Amendment, the States from prohibiting the free exercise of religion. Unlike how the free exercise clause did not get involved with arguments of church policy or dogma, what happens if the free exercise interferes with civil law? But Justice Douglas throws out a few hypotheticals in only a way a former law professor could.

Suppose a religious cult made a rite out of the sacrifice of a human being. Could a priest who killed a man as part of a religious service be tried for murder?

The answer is yes.

But the Supreme Court got there through a case not involving murder, but bigamy.

At one time, bigamy or polygamy was part of the Mormon religion. However, under common, bigamy was a crime. The government through an act of Congress applicable to the territory of Utah prosecutred several bigamists. But they argued that the Constitution protected bigamy as a religious duty under the First Amendment.

The question before the Court was whether “religious belief can be accepted as a justification of an overt act made criminal by the law of the land.” The Court noted that Congress could not pass a law that prohibited the free exercise of religion. Additionally, the Court found that polygamy had become part of Mormon tradition but that otherwise, common law and western thought did not allow the practice. But, for this case, the Court held that “[t]o permit [bigamy] would be to make the professed doctrines of religious belief superior to the law of the land, and, in effect, to permit every citizen to become a law unto himself. Government could exist only in name under such circumstances.”

And although bigamy came and went without too much of a fight outside of numerous showings of Sister Wives, this issue comes up again and again with religious liberty laws.

Over 100 years later, a private drug rehabilitation organization fired two individuals because they ingested peyote for sacramental purposes at a ceremony of their Native American Church. Additionally, the state of Oregon denied them unemployment benefits due to work-related misconduct.

Similarly to the bigamy issue, the Court held that the Free Exercise Clause permitted the State to prohibit sacramental peyote use, and thus to deny unemployment benefits to persons discharged for such use. “I]f prohibiting the exercise of religion (or burdening the activity of printing) is not the object of the tax, but merely the incidental effect of a generally applicable and otherwise valid provision, the First Amendment has not been offended.” In other words, they use the example from Grosjean v. American Press Co., where the Court struck down a law that added a tax to weekly newspapers of certain sizes. The banning of peyote use was not targeted at the religious practice (unlike the law targeting certain newspapers), so the affect of general applicability validated the law.

The Court, through Justice Scalia’s opinion, outlined when the First Amendment barred application of a neutral, generally applicable law through the Free Exercise Clause and other constitutional protections. For example, the Court cited Pierce v. Society of Sisters, where the Oregon law banned students from going to private Catholic schools. The examples included parent’s rights and free speech and communicative rights. The Court saw no connection here.

Although the dissents presented interesting arguments, what followed from this ruling became more interesting.

So, Congress stepped in and passed the Religious Freedom Restoration Act. This mandated the “strict scrutiny” test when determining if the Free Exercise Clause had been violated. In other words, the law really needs to be good to pass constitutional muster. To pass strict scrutiny, the law must

Although the Supreme Court held that RFRA did not apply to states, states have passed its own versions of the law.

And these have become the center point of many of the recent culture wars.

Although the Supreme Court has not accepted the petition yet, Masterpiece Cakeshop, Ltd. v. Colorado Civil Rights Commission may enter into the Free Exercise realm. The case revolves around the owner of Masterpiece Cakeshop, who wold not bake a wedding cake for a legally married couple from Massachusetts in 2012, because doing so would violate his Christian belief that homosexuality is a sin. A Colorado judge ordered the owner to accept gay couples in the future, but instead, the owner closed up his shop.

At first, bigamy was a practice for which Congress went after and it affected couples. Then drug use was prohibited and religious followers lost their jobs. Now, individuals have to weigh their own religious beliefs with their employment. Most likely, in the coming years, we can add wedding cakes to the polygamy and peyote. But will the inverse, where a person had to take a definitive action not to partake, have the same constitutional dilemmas of an action a person takes? Additionally, the action occurring (the gay marriage) does not break any laws.

What about a wedding cake for a bigamist group? Sounds like another law school hypothetical.