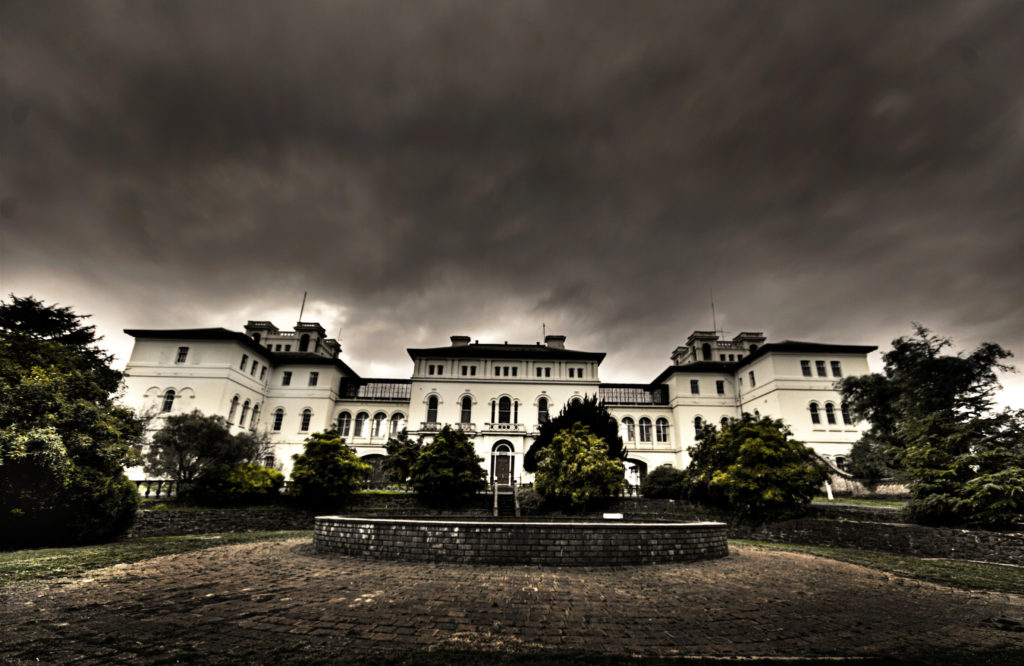 On March 20, 1924, Virgina enacted a statute providing for the sexual sterilization of inmates found to have hereditary forms of insanity or “imbecility.”

The Virginia State Colony for Epileptics and Feebleminded opened in 1910. Although the Virginia Colony began sterilization procedures before the law “for the relief of physical suffering,” the targets expanded after the law.

Carrie Buck’s foster parents had committed her to the Virginia Colony shortly after she gave birth to an illegitimate child. In addition to embarrassment, Carrie’s pregnancy was the result of being raped by a relative of her foster parents. Additionally, Carrie’s mother, Emma Buck, had previously been committed to the asylum. “Officials at the Virginia Colony asserted that Carrie and her mother shared the hereditary traits of feeblemindedness and sexual promiscuity.”

Carrie’s mother, Emma, was also at the Virginia Colony. The doctors argued that because both Emma and Carrie were already institutionalized, Carrie’s daughterwas likely to grow up to be an “imbecile” like them. But first Superintendent Albert Priddy wanted a challenge to the law that would definitively strengthen its validity.  Below is a disgusting table that the Virginia Colony provided.

When we first met Justice Oliver Wendell Holmes and Justice Louis Brandeis, we noted some successes. Buck v. Bell does not amount to a success. The Court upheld the statute to sterilize “mental defectives.”

We have seen more than once that the public welfare may call upon the best citizens for their lives. It would be strange if it could not call upon those who already sap the strength of the State for these lesser sacrifices, often not felt to be such by those concerned, in order to prevent our being swamped with incompetence. It is better for all the world if, instead of waiting to execute degenerate offspring for crime or to let them starve for their imbecility, society can prevent those who are manifestly unfit from continuing their kind. The principle that sustains compulsory vaccination is broad enough to cover cutting the Fallopian tubes. Three generations of imbeciles are enough.

In our history, we have had many disgusting paragraphs spoken. This statement by Oliver Wendell Holmes needs to rank high.

Unfortunately, these sorts of hate-filled statements continue today. It does not take long to wander into a troll conversation on Twitter. Or worse, the rantings of Rep. Steve King, who believes this nation should not grow due to someone else’s babies.

The goal that Holmes and the Court strives for is a disgusting vision of a better collective. “Justice Brandeis called [Buck v. Bell] an example of properly allowing states the freedom to ‘meet modern conditions by regulations which a century ago, or even half a century ago, probably would have been rejected as arbitrary and oppressive.'”

Although Buck v. Bell has never been officially overturned, Justice Douglas had the opportunity to basically put it down. Oklahoma had created a similar compulsory sterilization program for habitual criminals. If a defendant was involved in more than 2 felonies involving moral turpitude, they became sterile.

Justice William O. Douglas had become to explore his views on “personal autonomy.” The Court found the Oklahoma law unconstitutional due to its failure to meet the requirements of the equal protection clause of the Fourteenth Amendment. Additionally, Douglas wrote of the fundamental right of marriage and procreation that would become Constitutional bedrock. But compare this statement from Douglas to Justice Holmes’ concerns of too many “imbeciles.”

The power to sterilize, if exercised, may have subtle, far-reaching, and devastating effects. In evil or reckless hands it can case races or types that are inimical to the dominant group to wither and disappear. There is no redemption fro the individual whom the law touches. Any experiment which the State conducts is to his irreparable injury.

Unfortunately, Justice Douglas did not overturn Buck v. Bell. In his personal papers, he suggested “he made a clear distinction between the Buck case and Skinner. He wrote ‘whether there are any scientific authorities in support [of sterilization] is not clear. Moronic minds [as in Buck] are different. [We have] [n]o statistics as to criminals-if criminals do not produce their kind, then we have [a] serious question.’ Thus, Douglas did not raise a general question of the validity of eugenic theories, he just could not find the eugenic sense in Oklahoma’s law. ”

Even with two concurrences, no one would outright overturn Buck v. Bell. Additionally, in 2001, the U.S. Court of Appeals cited Buck v. Bell in a case (Vaughn v. Ruoff) involving  the sterilization of a mildly mentally retarded woman.

My brother recommended that I watch Lady Dynamite on Netflix. Starring Maria Bamford as a slightly-fictionalized version of herself, the show revolves around her return to Hollywood. You meet an incredibly wacky set of characters. But I believe the most interesting component is the storytelling techniques. Each episode includes flashbacks to when Maria flew high in Hollywood and flew low in Duluth.

I felt the first half of the season was stronger and funnier than the second half. But partly, that seems to work with the story. As she accepts herself, she becomes less wacky and the stories become more serious. But boy, it sure seems like she did not like her time as the Target spokeswoman.

Netflix has done a great job creating sitcoms that cannot work on network television. Lady Dynamite definitely never could have been on CBS.

You may have already seen this but I figure I should tell you.